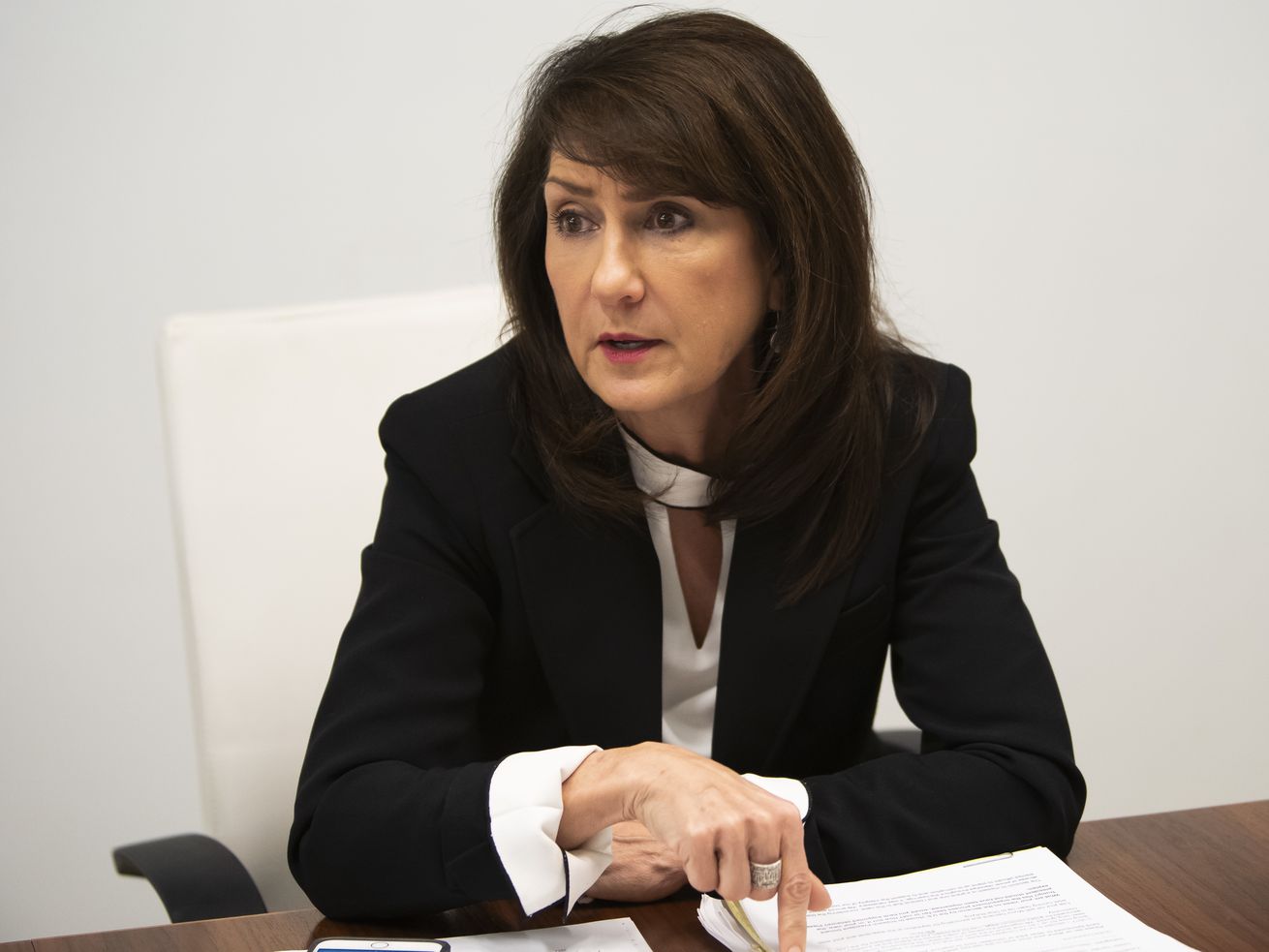 The Sun-Times endorses Marie Newman for Congress in the 3rd District. | Rich Hein/Sun-Times

She leans pretty strongly left, but she’s pragmatic. She best represents the values of her district.

Marie Newman won the Democratic primary in this Southwest Side and suburban district in March because voters decided it was time they were represented by a true Democrat, not by a Democrat in name only, Dan Lipinski.

We endorse Newman, a businesswoman from LaGrange, in the Nov. 3 general election because we believe she does, in fact, best represent the values of her district. She leans pretty strongly left, such as in her support for Medicare for all, but she’s pragmatic. She knows it won’t happen tomorrow.

Newman is committed to protecting the Dreamers — people who were brought to this country illegally as children — and wants to offer them a path to citizenship. And she’s a strong proponent of LGBTQ rights.

We also endorse Newman because the alternative, Republican Mike Fricilone of Homer Glen, is too much of an apologist for President Donald Trump. Enough of that. Half the problem in Washington is the utterly horrendous Trump. The other half is Republicans who refuse to call him out.