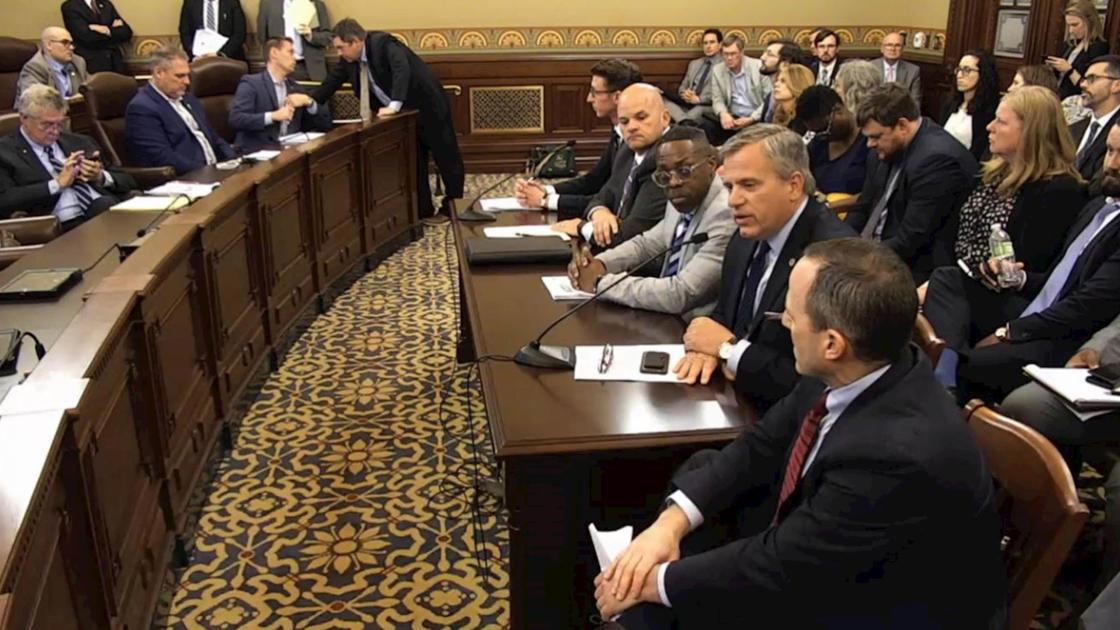 SPRINGFIELD – A constitutional amendment that would allow the state to impose higher tax rates on greater margins of income needs only a vote from the full Illinois House to be brought to voters after passing committee Monday.

“Our job is to determine whether or not this is going to work before we put it on the ballot,” Republican Rep. Steve Reick, of Woodstock, said at the hearing. “Until these background considerations are answered, I can’t give you any kind of consideration toward this.”

Representatives from Democratic Gov. J.B. Pritzker’s office said they would like to pass a proposed rate structure by the time the Senate Joint Resolution Constitutional Amendment 1 is brought to voters in the 2020 presidential election, but a bill to do so has lagged behind the amendment itself in the House.

At the end of the committee, all Republicans sided with Reick, while all nine Democrats supported the amendment – even one that had stated publicly he was leaning against voting for a graduated tax amendment.

That member is Jonathan Carroll, a Democrat who represents the wealthy Chicago suburb of Northbrook and is widely believed to be a swing vote in the 74-member Democratic House caucus. To be put on the ballot, the amendment, which has already passed the Senate, needs 71 votes in the House.

“I still have strong reservations on this,” Carroll said, calling it “way too important of an issue” not to be brought for a full floor vote. He also said his committee vote does not mean he would necessarily vote for the amendment when it comes before the full House.

The amendment’s House sponsor is Rep. Rob Martwick, a Chicago Democrat who has favored a graduated tax structure for several years, noting it is the “fairest” way to balance structural revenue shortfalls in Illinois.

Martwick said he was told by the Center on Government Forecasting and Accountability that the state would need to bump its 4.95 percent flat tax rate up to 6.5 percent in order to continue to make state mandated pension and education payments, spend at the rate of inflation, and maintain a balanced budget.

“I believe that the worst thing that we do for businesses in this state is the irresponsible manner in which we have run our finances,” Martwick said. “The accumulation of debt is constantly putting pressure on income taxes to rise, it is crowding out our ability to fund programs, which is then pushed off to the local level which winds up in high property taxes. And so I think that the most irresponsible thing we can do for our economy over the long run is not solve our financial problems.”

Business and anti-tax interests pushed back against the idea that a graduated tax structure would stimulate the state’s economy, however.

Andrew Libman, president of the cleaning supply manufacturing Libman Company in downstate Arcola, said this action, combined with a recent minimum wage hike, high workman’s compensation costs and other state policies, have caused him to take a “serious look” at other states for the first time in his 100-plus-year-old business’s history.

“One thing that’s unique about us is that 100 percent of our labor is in the state of Illinois. So we don’t have other factories in other states that we can our move manufacturing to if the cost structure does change here,” Libman said at a news conference before the committee hearing. “But all of our sales are outside the state, so we’re not really competing like a grocery store with a business across the street, or a restaurant. We’re competing on a nationwide basis, or a worldwide basis.”

Rep. Dan Caulkins, a Republican from Decatur, said he would have an easier time voting for the amendment if he knew all of the proceeds from it would go to pay down the state’s pension liability and the backlog of unpaid bills, which numbers between $6 billion and $8 billion.

But Niya Kelley, state legislative director for the Chicago Coalition for the Homeless, said the graduated tax would allow the state to expand programs for at-risk persons which were decimated in the four years under Republican Gov. Bruce Rauner.

The measure could come before the full Illinois House this week. If it is put on the 2020 ballot, it would need support from half of those voting in the election or 60 percent of those voting on the specific question.