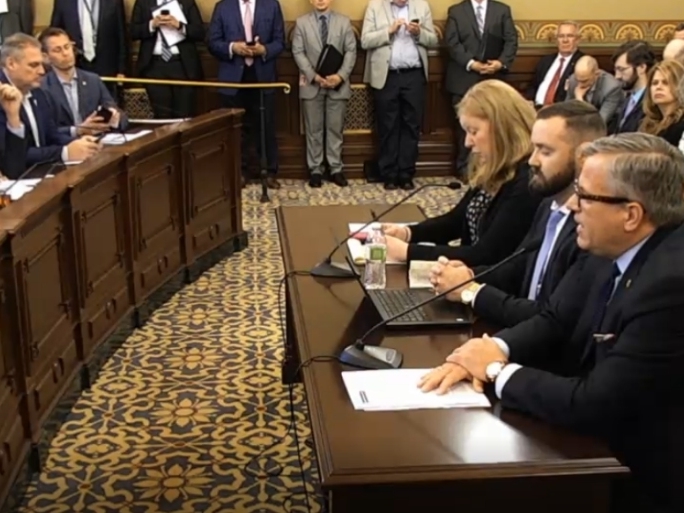 SPRINGFIELD — State lawmakers are moving forward with a plan from Rep. Rob Martwick and Gov. J.B. Pritzker to fundamentally change how Illinois collects taxes and supports its state budget priorities.

The House Revenue and Finance Committee voted 9-6 today for SJRCA 1, sponsored by Martwick, D-Chicago. This constitutional amendment proposes changing how Illinois sets its tax rates, from a flat tax where everyone pays the same rate to a graduated scale where those who can afford to pay more are charged a higher tax rate.

The plan has already cleared the Illinois Senate, and now it only needs a supermajority vote in the Illinois House to reach the November 2020 ballot for voter consideration.

At a long hearing Monday, a number of opponents complained the plan would drive businesses out of Illinois by increasing taxes on those who create jobs. But Martwick made clear the Fair Tax Amendment will do more to help businesses and create jobs by providing the stability and economic security Illinois deserves.

"I believe that the worst thing that we do for businesses in this state is the irresponsible manner in which we have run our finances," Martwick said, noting that increasing debt and higher property taxes are a direct result of Illinois not being able to fund its state budget properly.

Read more in this Capitol News Illinois recap of the hearing.