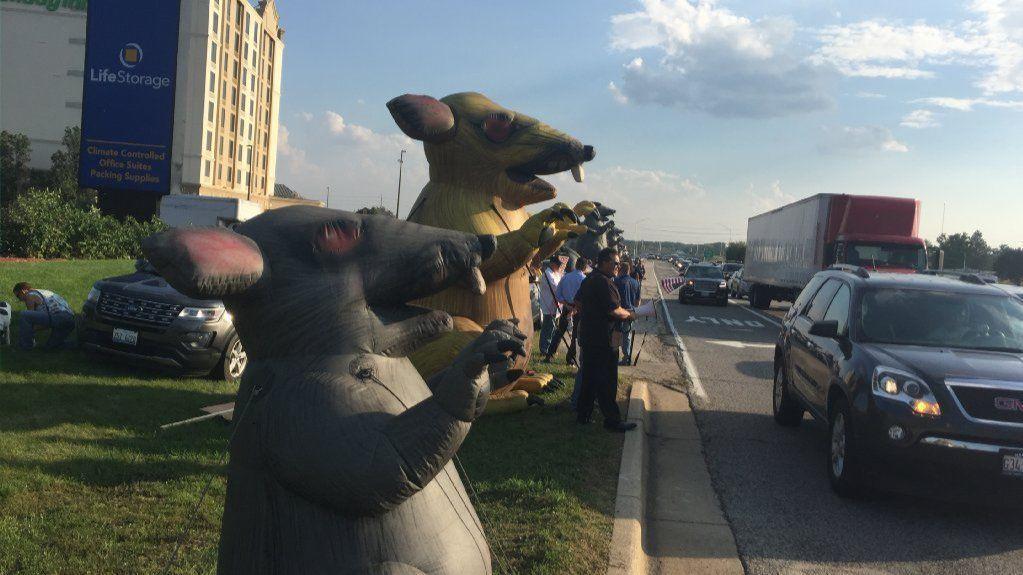 For the Elgin Township Republican Central Committee, having Mark Janus speak at its annual fundraising dinner Thursday night was about championing free speech.

For the union representatives and Elgin Township Democrats protesting outside that dinner, the dinner was a celebration of the GOP’s “most cynical and destructive attack yet on the middle class,” a release from the Democratic Leaders of Illinois said.

Janus, 65, of Springfield, was the lead plaintiff in Janus vs. AFSCME, the U.S. Supreme Court case in which justices ruled, in a 5-4 vote, that government workers should not be forced to pay dues to a union they did not wish to join and whose political positions they did not support.

Janus, a child support specialist at the Illinois Department of Healthcare and Family Services, became the case’s plaintiff after the original lawsuit filed by Gov. Bruce Rauner was dismissed for lack of standing.

Janus’ visit to Elgin prompted union members from around the area as well as elected officials and candidates running for office to set up a picket line on Route 31 in front of the Elgin Holiday Inn, where the dinner was being held. Protesters carrying signs stood alongside huge inflated rats and a fat cat.

State Sen. Cristina Castro, D-Elgin, said the Janus decision, along with Rauner and Donald Trump, have weakened the middle class.

They also criticized Janus’ for changing jobs after the court ruling, leaving his state position to become a senior fellow at the Liberty Justice Center, which represented him in court.

For Elgin Republicans, however, Janus is a hero, helping to overturn a Supreme Court decision that had stood for 40 years.

Julie Schmidt, a precinct committeeman, said Janus “stood up for free speech and freedom of association. We do not look at it as anti-union, but pro-free speech.”

The ruling means “a non-union member does not have to pay a fee” to a group with whom the employee does not share a philosophy, Schmidt said.

Janelle Walker is a freelance reporter for The Courier-News.