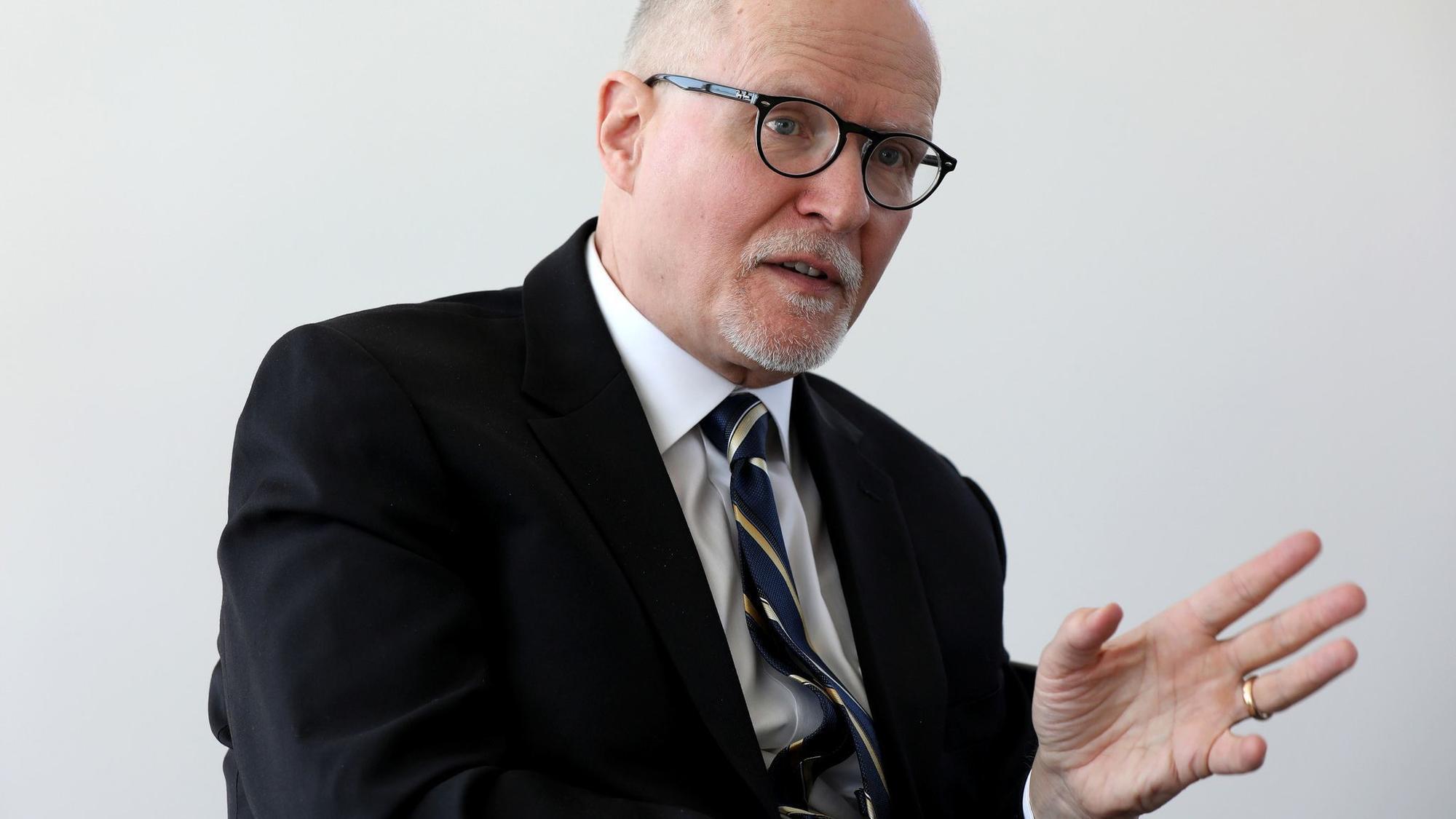 Paul Vallas finally realized he’s not running for president of a think tank. He’s running for mayor of Chicago.

And so, Vallas has dropped the cerebral approach and is coming out punching.

In an interview, he dismissed newly announced candidates Bill Daley and Gery Chico, a former ally, as opportunists who’ve made fortunes as lobbyists, leveraging their connections to Chicago politics.

The money’s running out. The middle class flees. Some neighborhoods are caught in never-ending violence and economic hopelessness while gentrifying wards face increasing property tax pressure.

“Look, Chicago is in a bona fide death spiral, perpetuated by a political infrastructure in which the political class benefits at the expense of the business class and the communities,” Vallas told me on “The Chicago Way” podcast.

“These are guys who’ve made a fortune on their political connections,” Vallas said. “You’ve played the name game too. If (Bill) Daley’s is Krumpkin or whatever.”

Bill Daley is the former commerce secretary, a former White House chief of staff, and son and brother of powerful Chicago mayors. Recently, I joked that if his name weren’t Daley, his career path might not have been so smooth.

“Well, you really think he would have gotten all these appointments, or he would have gotten the CEO job at SBC, or been on all those well-paid boards? And Gery (Chico) didn’t want to run things, he wanted to go make money, so he did. He made a lot of money,” Vallas said, laughing.

Chico was president of the Chicago Board of Education under Mayor Richard M. Daley while Vallas was schools CEO. Once cordial, they are now rivals.

Chico “stayed connected to the political establishment, because you know what happens, then you become a ‘made guy’ in this town. ‘Oh, this guy’s connected.’ Why? Because he’s on the board. He’s on the board he must be connected,” Vallas told me. “And the business community and the neighborhoods get screwed.”

I’m sure that with so many candidates now in the race, they, their aides and their social media trolls probably want to respond.

So, here’s my fair offer:

Candidates for mayor may sit down talk at length on the record. All are welcome. A snippy quote may be fine for some, but Chicago deserves more than a pithy Twitter counterattack.

We can drink coffee and talk, so that I may keep my wits. Or, let us sit upon the ground and talk of the death of a great city.

I’m open. Call me. You’ve got my number.

In his “Chicago Way” interview, Vallas was less critical of Cook County Democratic Party Chair Toni Preckwinkle, who is also president of the Cook County Board of Commissioners.

He said he respects Preckwinkle, noting that she’s had to make tough government choices. And though a career politician, she “hasn’t enriched herself.”

Others have made fortunes while holding public office, “and then you have these lobbyists who drift in and out of the political system that profit,” Vallas said.

Vallas did say that Preckwinkle should probably step down from her post as Democratic Party boss.

Vallas’ decision to go on the offensive against Daley and Chico is clearly a reaction to the new reality of the mayoral campaign:

Mayor Rahm Emanuel’s recent decision not to seek re-election had two profound effects on the race.

The pre-Rahmulan candidates who had already announced months ago, like Lori Lightfoot, former police Superintendent Garry McCarthy, Vallas and others, had shaped their campaigns to run against an unpopular mayor.

But once Emanuel pulled out, they lost their voices for a time, just as the post-Rahmulans like Daley and Chico and Preckwinkle elbowed in, counting on their political leverage and media positioning to run the others off. And still more may enter.

When Emanuel dropped out, Lightfoot warned that media campaign coverage would devolve into focus on personalities and intrigue.

“To see the media focused solely on the horse race and the powers that be anointing a winner without regard for citizens should be disturbing to everyone. This notion that city government and the mayor’s office is pirate booty ripe for the picking is offensive.”

Now with Preckwinkle in, Lightfoot must decide whether to fight or yield the African-American votes she’d counted on to make the mayoral runoff.

Vallas says the media is covering the race as if it were my favorite TV show, “Game of Thrones” on HBO, full of political back-stabbing, dragons and men in tights.

“More about personality, intrigue, the behind the scenes maneuvering. We almost reward the cleverness,” he said, referring to Illinois Comptroller Susana Mendoza and congressional candidate Jesus “Chuy” Garcia, both ready to jump into the mayoral race once their other campaigns are secure.

This is all part of Chicago’s calcified political infrastructure that was built many decades ago but seems to have run out of ideas.