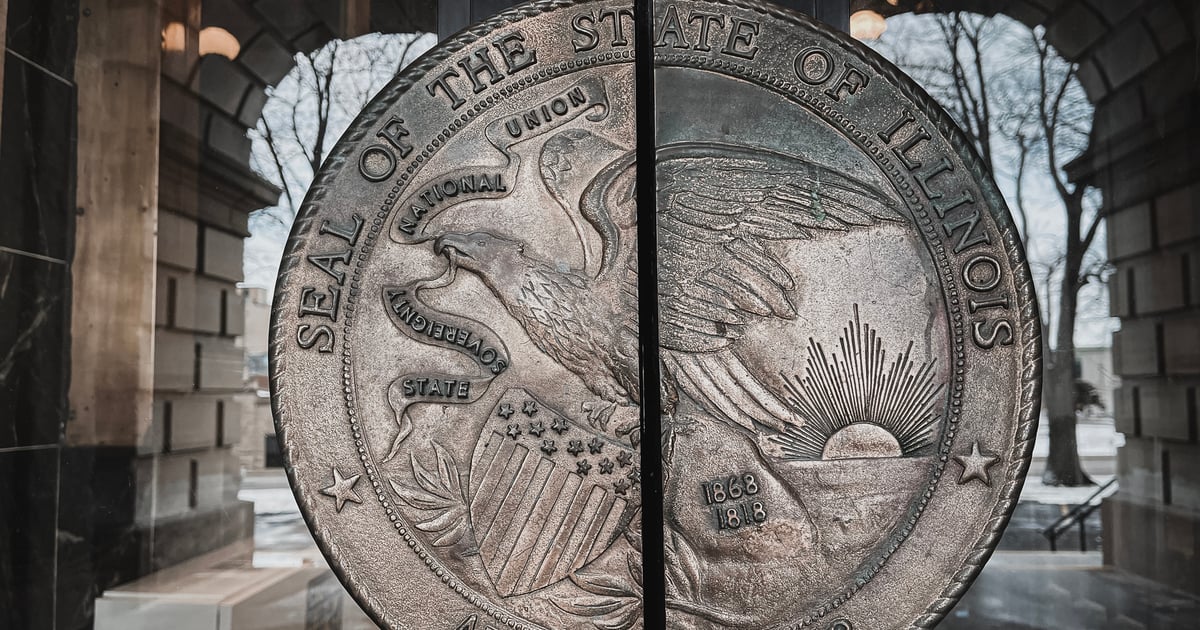 "If you really believe in something, you don’t give up after one loss," Marwick said. "It’s the right thing to do."

Martwick said he has not yet drafted enabling legislation for a second referendum and that his version likely would be somewhat different that the 2022 proposal, which he sponsored when he was in the Illinois House. The matter could drag on until next year, but Martwick said his hope is to offer a bill as soon as next month and see what support it draws.

"I want to keep the discussion going," Martwick said.

A new plan to raise taxes on wealthy Illinoisans—and use at least some of the proceeds to lower taxes on those who are less well off—would almost certainly set off a major furor in Springfield. It also could create a bit of a dilemma for Gov. J.B. Pritzker, who strongly pushed what he call "the fair tax" in the 2020 referendum and has continued to hint that he’s still interested in tax reform but may not want not to deal with this issue at a time when he’s clearly pondering a race for president if incumbent Joe Biden retires.

News that a leading Democrat is gearing up for another try drew immediate strong pushback from Illinois Manufacturers Association CEO Mark Denzler, whose group vigorously opposed the 2020 version.

Raising taxes as the country nears a possible recession "sends a dangerous message to job creators," including those in the electric vehicle industry that Pritzker is wooing hard with new economic incentives, Denzler said.

Springfield Republicans have been suggesting for months that Democrats would move to hike taxes after Pritzker’s recent re-election as billions in federal COVID-relief funds dry up. Those predictions may prove prescient, Denzler said. "As Yogi Berra said, it’s déjà vu all over again. . . .We thought we’d see this after the election."

Denzler did not totally shut the door to a revamped income tax. But the business community will remain opposed at least until it sees "some real spending reform" from the Democratic-majority Legislature, something that in his view has not occurred.

Martwick said he has not discussed his pending new campaign with Pritzker. He did bring it up with Senate President Don Harmon, who did not endorse the idea but said, "OK, file the bill."

Harmon’s spokesman confirmed that the senator did talk with Martwick—and that he’s not taken a firm position yet. "The idea—the policy—is one the Senate president has long supported," the spokesman said. "At the same time, we all saw the results and the message voters sent."

Martwick said he has not yet decided whether the new graduated tax should be revenue neutral, cutting taxes at the bottom of the scale as much as it raises them at the top, or instead boost the state’s income in dealing with continuing massive debt in the state’s pension funds, which are short more than $130 billion of what’s needed to pay promised benefits.

Either way, the proposal must guarantee property tax relief in the way the "fair tax" didn’t, Martwick said. "When you look at people leaving the state, the vast majority are middle-class people," with high taxes on their homes a prime reason. To be successful, a new graduated income tax plan must provide property tax relief and deal with the pension problem, he said.

Democrats have veto-proof supermajorities in both the Senate and House. After a long series of recent legislative successes—including passing a major infrastructure plan, big increases in funding for public schools, expanded abortion rights, criminal-justice reform and earlier this month a ban on assault weapons—a comprehensive tax overhaul is one of the party’s few unfulfilled priorities.

For Pritzker, who this week is attending the World Economic Forum in Davos, Switzerland, passing a graduated income tax could help him appeal to the Democratic primary base if Biden chooses not to run again. It also would erase his one big political defeat here. But it also could cast him as a tax hiker at a difficult time, depending on the final details.

One thing has changed for sure since 2020. Hedge fund mogul Ken Griffin, who personally bankrolled much of the campaign against the "fair tax," has moved himself and his company headquarters to Miami and likely would not be as involved again.

Martwick is best known as a longtime advocate of electing members of the Chicago Board of Education. He now is in his second term in the Senate after moving over from the House and serves as Democratic Committeeman of Chicago’s 38th Ward.