In September, developer CKG Realty Group, LLC submitted plans to Vasquez’s office to convert the rectory at 2300 W. Ainslie St. into a nine-unit apartment building and build an eight-unit building on the lot. Three apartments were to be designated as affordable, and the rest would be market rate.

CKG is comprised of veteran Chicago developer Scott Schiller and his child, Gray Schiller. The proposal is the first time the pair are working on a development together.

The project needed a zoning change endorsed by Vasquez to move forward. But in a Friday letter rejecting that change — and, thus, dooming the proposal — Vasquez said many neighbors had opposed the project.

Neighbors who filled out a feedback survey about the proposed zoning change said they were concerned about a lack of parking, the design of the new building not being in line with the neighborhood’s character and that the commercial zoning requested by the developer is typically used for retail and residential projects, Vasquez said in the letter.

Neighbors were also concerned the building only had three affordable units, Vasquez said.

Gray Schiller said the developers plan to revise and resubmit their proposal, though they do not yet have a timeline for that. 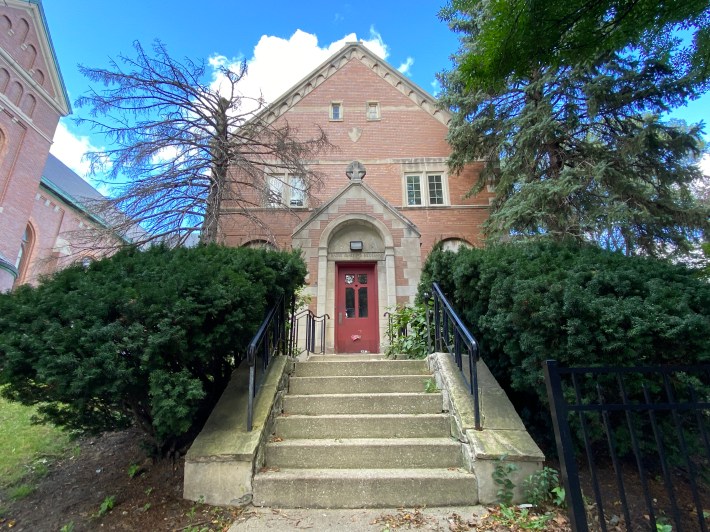 Neighbors scrutinized CKG’s proposal during a community meeting Vasquez hosted with the developers in early October.

During that meeting, Vasquez said his preference is to support projects that provide on-site affordable housing above the minimum units required by the city’s rules.

St. Matthias is one of the parishes that was closed and merged with Queen of Angels, 2330 W. Sunnyside Ave., in Ravenswood last year.

The move was part of the archdiocese’s Renew My Church program, which aims to close and consolidate Catholic churches and schools to save money and create “more vital parishes.”

St. Matthias’ church building at 2310 W. Ainslie St. was not part of CKG’s proposal, and the archdiocese previously said it does not plan to close the school.

• ‘It Feels Like They Deceived Us’: St. Matthias Parishioners Angry At Plan To Close Lincoln Square Church