ALTON — It’s been nearly a year since Illinois Gov. J.B. Pritzker signed the state’s landmark clean energy legislation into law, yet there hasn’t been much obvious progress toward some of its ambitious proposals.

The law aims to both zero out carbon emissions by 2050 and ensure that areas overburdened by past pollution — predominantly low-income and Black and brown communities — fully participate and benefit from the growing green economy.

But achieving this vision is more complicated in practice, which was on display when dozens of people gathered at Lewis and Clark Community College last week to discuss a local workforce development hub, just one of the key provisions laid out in the law.

“There’s still more work to be done,” said Hilary Scott-Ogunrinde, executive secretary of Macedonia Development Corp. in East St. Louis. “Community leaders now have to make sure that what’s in the black and white actually ends up in our households, in our businesses, at our city municipal governments and on our table.” 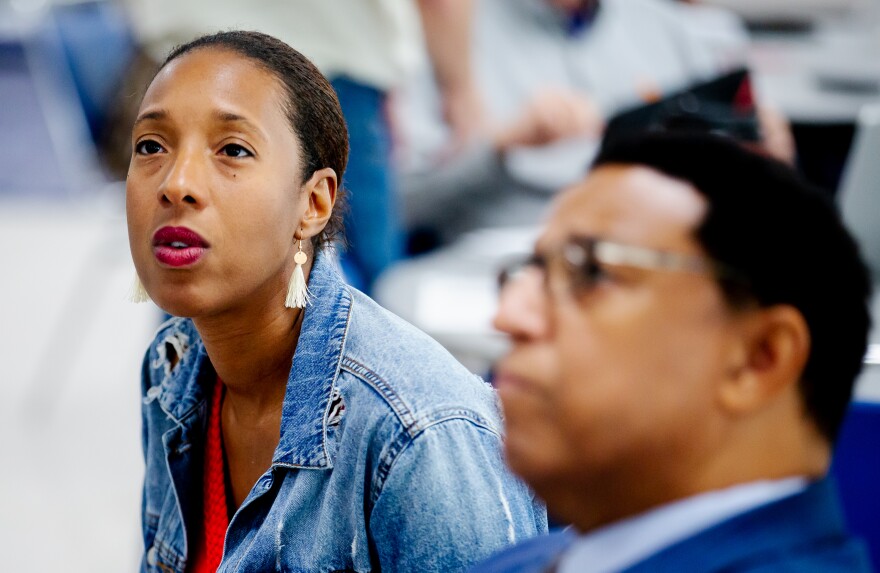 Hilary Scott-Ogunrinde, executive secretary at the East St. Louis-based Macedonia Development Corp., listens to a presentation on the state’s Climate and Equitable Jobs Act on Aug. 30 at the Scott Bibb Center in Alton. She wants to ensure community organizations like hers are at the forefront of funding for workforce hubs that are coming under the law.

Along with Scott-Ogunrinde, union electricians and carpenters, environmental groups, educators, community organizations and local elected leaders gave their ideas on how to best implement such a hub, which will provide education and training for jobs related to solar and other clean energy transitions.

“Let’s face it, it’s a big piece of legislation, it’s very wonky,” said Virginia Woulfe-Beile of the Piasa Palisades Sierra Club in Alton. “It’s got a lot of moving parts, and to get these moving parts going in sync, we need people that understand what the legislation is supposed to do and how we’re supposed to get there.”

Alton, Carbondale and East St. Louis are already listed as locations getting one of the 16 workforce hubs across the state. Illinois is not yet accepting specific proposals for these, but community leaders in the Metro East want to be prepared for when applications open, likely later this year, said Nate Keener, director of sustainability and grants at Lewis and Clark.

“So that we’re not scrambling to make contact with people at the same time we’re sending in a grant application,” he said.

Over the course of a sometimes tense 90-minute discussion, those in attendance highlighted the different potential roadblocks in achieving a more diverse green energy workforce.

Scott-Ogunrinde identified challenges that are baked into the law because of special language lawmakers needed to use. She points to “Equity Eligible Contractor” as an example.

“They couldn’t use definitions within our community, like Black, Indigenous or other people of color,” Scott-Ogunrinde said. “They couldn’t use ‘minority- and women-owned’ for the sake of concern of being sued.” 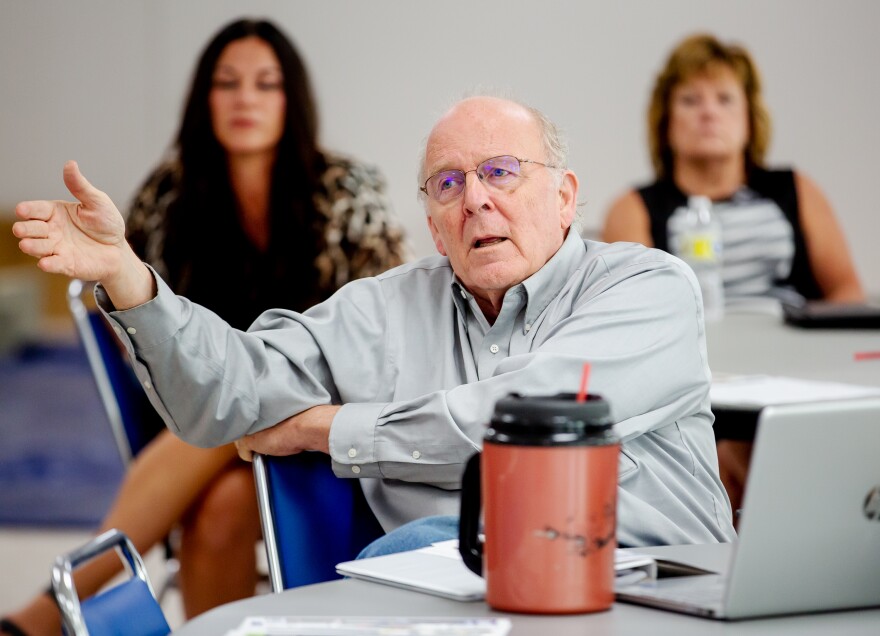 That’s even though the majority of environmental injustice the law intends to combat is concentrated in Black, brown and Indigenous communities in Illinois, she added.

Simplifying the 950-page bill will be important to bring trusted community messengers, like teachers, pastors and elected leaders, in Alton, East St. Louis and the broader Metro East on board, Scott-Ogunrinde said.

Related services for those receiving training was also an important takeaway, said Sabrina Davis, who works primarily with people going through career workforce training at Lewis and Clark.

“People want for us to be able to provide supports to others around the roadblocks they face in life: things like child care barriers and transportation,” she said. “It isn’t about just training them with the skills and getting them to work, it’s about seeing them as a whole person.”

The challenges ran the gamut from how to access training to ensuring employment at the end of it.

“Hopefully, there’s a clearly defined pathway, because kids tend to go back to the thing they were doing before if you don’t give them a job at the end of the day,” said Brian Hutchinson, CEO of Competitive Performance Specifications.

It’s a point that resonated with Keener.

“We might do the intake well, we might do the training well, but if at the other end they’re not placed in a job that helps support their family and helps build their community, then we really haven’t succeeded,” he said. 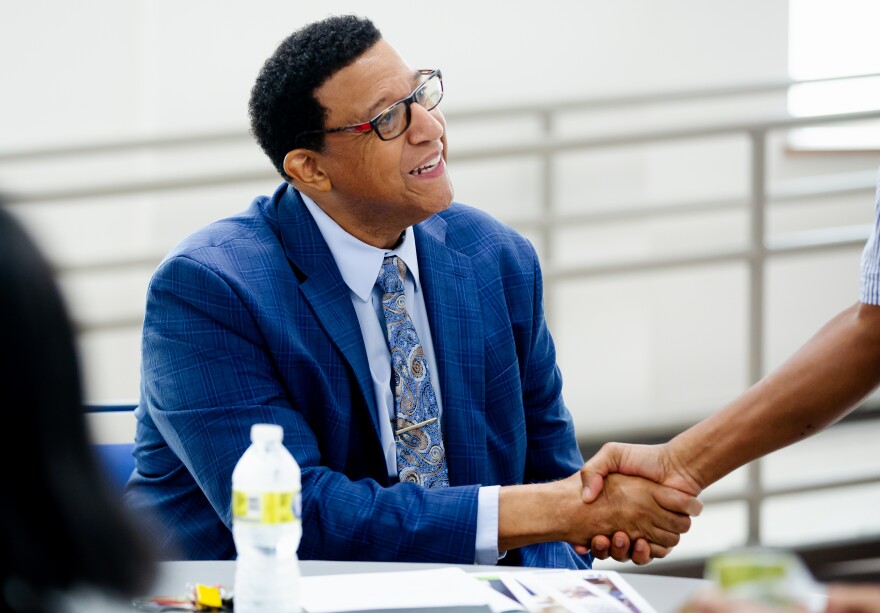 Overall, most of those who attended were encouraged by the discussion and have high hopes for what the legislation can accomplish locally as Illinois and the federal government are making substantial investments into various clean energy transitions.

“The time is now,” said Alton Mayor David Goins. “Everybody really wants to get in on this.”