An Illinois Historical Society roadside marker has been unveiled in Marseilles. Laborers Local 393 held an event for the unveiling of the marker with several guest speakers like Mayor Jim Hollenbeck and Gov. Pritzker. There was also a performance from rock musician Tom Morello. He was born in Marseilles and although he grew up in Libertyville, he came to the Illinois Valley to visit family.

State Comptroller Susana Mendoza says the marker is one of the most beautiful she has ever seen. She says it’s very breath taking and the story on the plaque almost makes you feeling like you’re there.

The marker honors “Big Steve” Sutton, a Croatian immigrant who died after out-of-state workers working on the Marseilles Illinois River Dam shot at local laborers who were looking for work on July 18, 1932. He was one of 300 workers from Will, Grundy and LaSalle counties who marched toward the dam asking to work on the project after a New Orleans company was given the project. 21 others were injured in the shooting.

175 out-of-state workers were arrested by Illinois State Police for their safety. But, the incident led to the creation of Laborers Local 393. 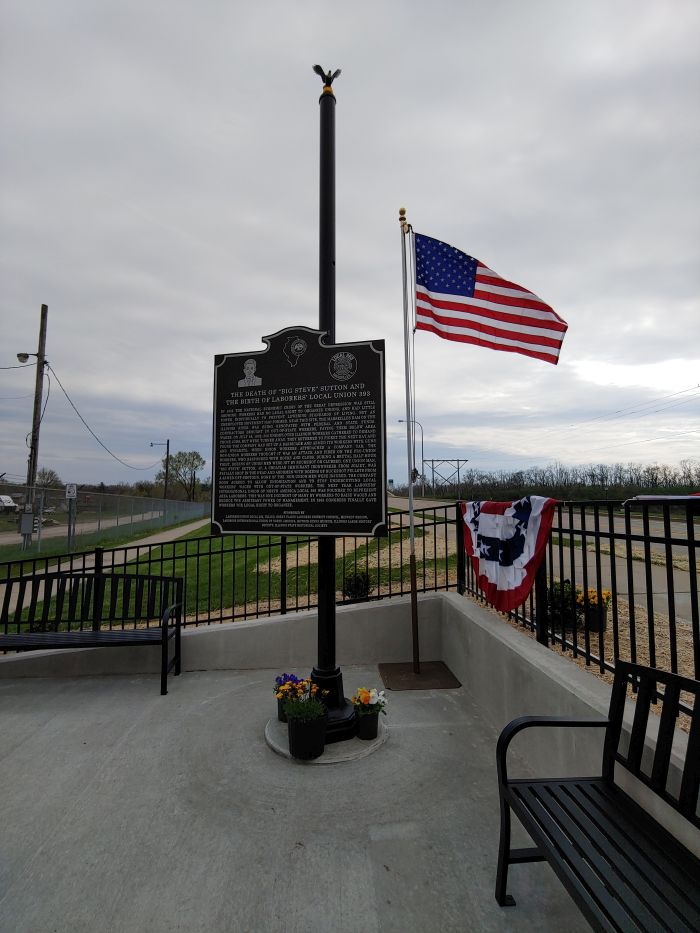 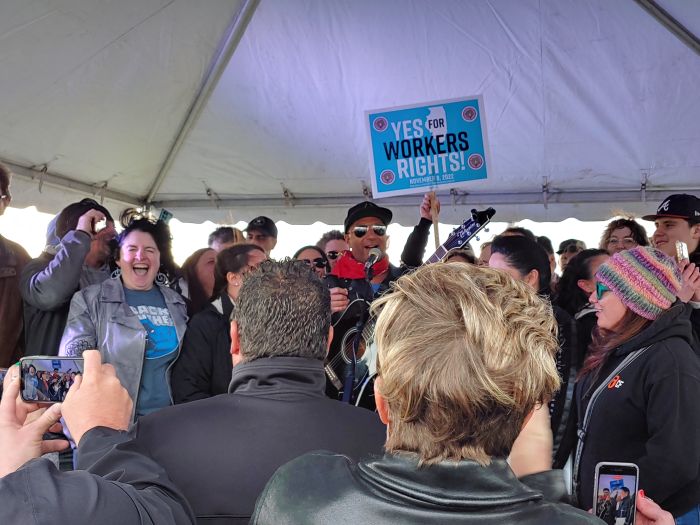 Rock artist Tom Morello (middle) surrounded by union members after he invites them on stage to sing This Land is Your Land by Woody Guthrie. 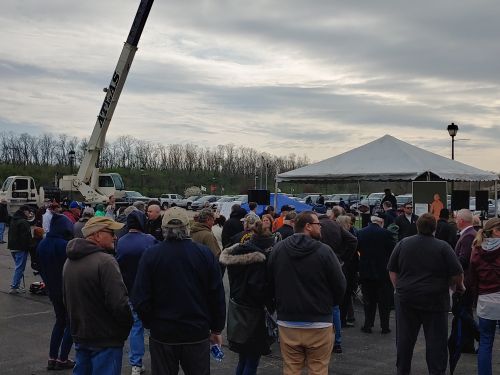 People gather before the event hosted by Laborers Local 393.

via The Voice of LaSalle County since 1952!