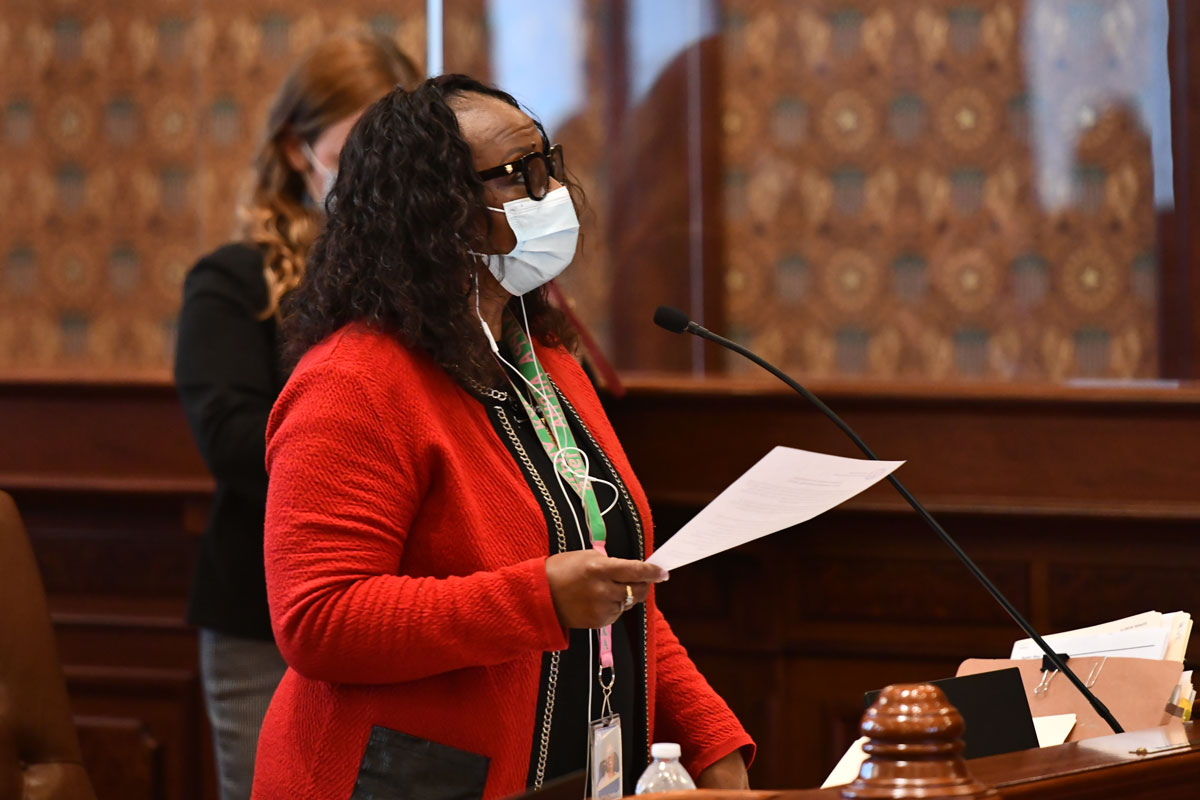 SPRINGFIELD – A bill by State Senator Mattie Hunter (D-Chicago) to ensure the provisions in the Community Health Worker Advisory Board Act are fully implemented advanced out of the Senate Thursday night.

“I am happy that the health care pillar was passed, and now we have to make sure that every measure is implemented the way we intended,” Hunter said. “With this follow-up legislation, we can finally bring the proper certification to these essential health workers.”

Senate Bill 336 will progress the full implementation of the community health worker certification program that was part of this spring’s House Bill 158. It also makes changes to reporting dates for commissions, task forces and boards.

This legislation was part of the Black Caucus’ four pillar agenda to eradicate systemic racism in the state. The remaining pillars, criminal justice, education, and economic, were all signed into law by Gov. JB Pritzker this year as well.

Senate Bill 336 has passed both chambers and awaits the governor’s signature.