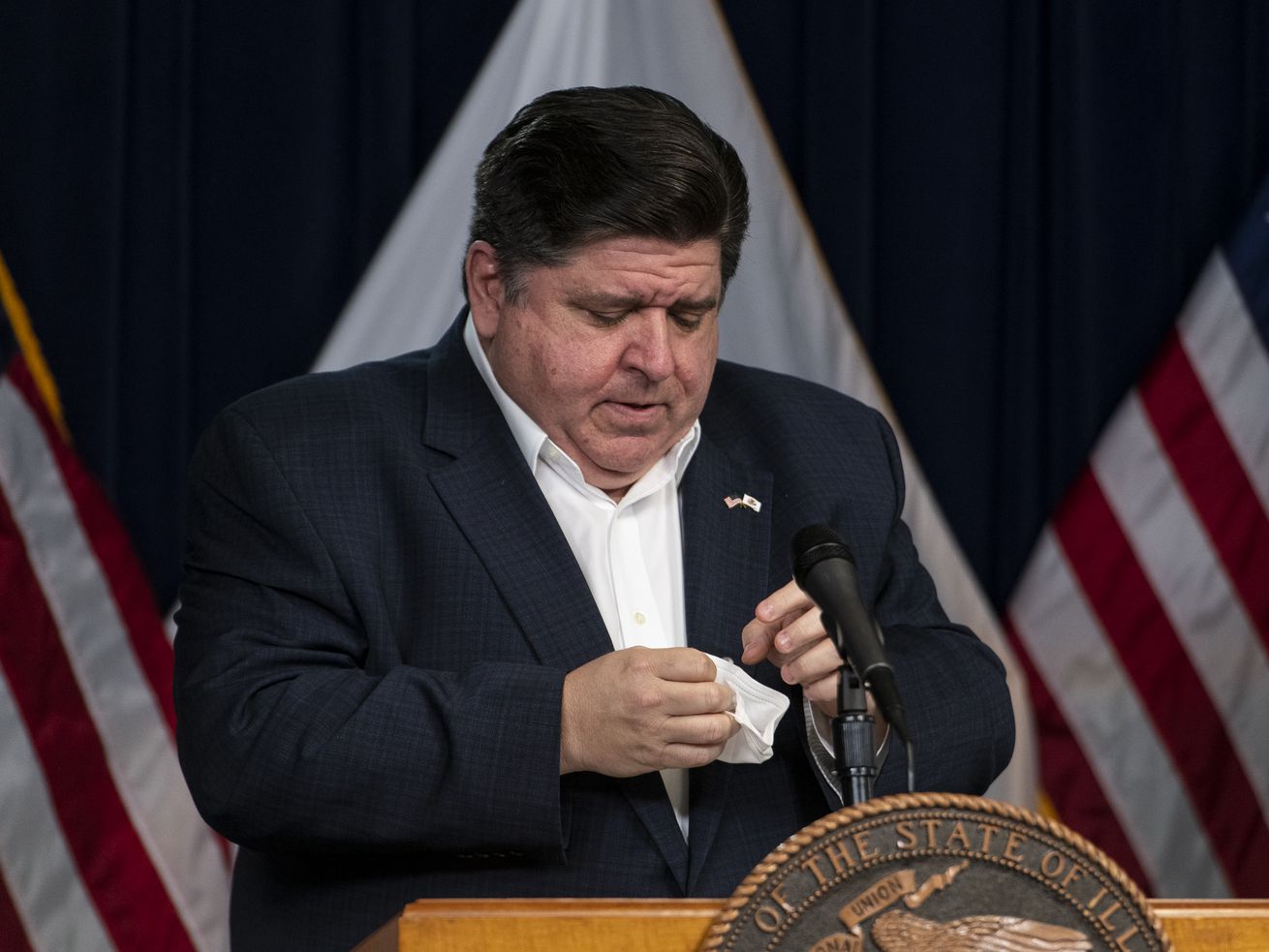 Gov. J.B. Pritzker is one of the nation’s top Democratic donors. | Tyler LaRiviere/Sun-Times

With a donation of $2,525,000, Illinois Gov. J.B. Pritzker is one of the top contributors to the Democratic Party of Wisconsin.

WASHINGTON — The presidential election likely won’t be settled Tuesday, but the results of the campaign cash money race are in — with Illinois mega donors making the ranks of the top 100 federal givers.

With Illinois not in play in the presidential contest, Gov. J.B. Pritzker has emerged as one of the biggest donors to the Democratic Party of Wisconsin — in a crucial battleground state that could help tip the White House to Donald Trump or Joe Biden.

And better late than never, the Biden campaign finally released the name of top fundraisers on Saturday night, folks who collected at least $100,000 to boost Biden’s bid. The list includes some three dozen Chicago area Democratic activists and elected officials.

Takeaways on the state and federal money plays of high-end Illinois contributors:

ILLINOIS MEGA DONORS: Here’s the who’s who from Illinois in the elite donor ranks, according to an analysis of the top 100 by the Center for Responsive Politics. The rankings total contributions from couples and dependent children to federal candidates, parties, political action committees and other political organizations, such as super PACS, as of Oct. 23.

Rank 4: Richard and Elizabeth Uihlein of Lake Forest, the chiefs of Uline Industries, the business products company. They gave $65.5 million, all to Republican candidates and causes.

Rank 14: Fred Eychaner, a media executive and long one of the Democrats’ biggest donors, $19 million, all to Democratic candidates or causes.

Rank 42: Craig Duchossois, the executive chair of The Duchossois Group, Inc. and wife Janet, $6.1 million, most to Republicans with $212,800 to Democrats.

Rank 92: Mellody Hobson, the co-CEO and president of Ariel Investments, $3.1 million, to Democrats.

HOBSON FOOTNOTE: If Biden wins — Hobson has been mentioned in a few speculative stories as in the mix for a possible spot in the administration.

PRITZKER, GRIFFIN, FOOTNOTE: The two are in a grinding money war of attrition over Pritzker’s amendment question on the ballot to change the state income tax system from a flat to a graduated income tax. On top of their federal spending, as of Sunday, Pritzker has put $58.2 million of his own money in his tax campaign with Griffin throwing in at least $53 million to fight the change.

MORE ON PRITZKER DONATIONS: Here’s a closer look at the governor’s political plays.

Pritzker also gave $1.5 million to Priorities USA Action, a main pro-Biden super PAC, and $721,300 to the Biden Victory Fund, which was dispersed to a variety of swing state Democratic parties.

On the state party front, Pritzker gave $250,000 to the Michigan Democratic State Central Committee and $2,525,000 to the Democratic Party of Wisconsin Federal Account.

Quentin Fulks, Pritzker’s top political adviser said, “Wisconsin is the closest battleground state in the Midwest” and Pritzker “wanted to ensure that Trump did not win there.”

Pritzker in 2020 also gave to many state legislative candidates and $100,000 to the abortion rights Personal PAC.

BIDEN BUNDLERS FINALLY REVEALED: Top fundraisers who work their networks to raise political cash from other people are known as bundlers.

The Biden campaign released the names of people who delivered — some with spouses — at least $100,000 for the campaign and affiliated joint fundraising committees.

I counted some 36 from Illinois or with Chicago ties, even if they used another address for donation purposes.

Biden bundlers include: Penny Pritzker, former Obama Commerce Secretary; Valerie Alexander, who comes out of the Bill and Hillary Clinton political orbit; and Marcia Balonick listed on behalf of JACPAC, where she is the executive director of the Highland Park based Joint Action Committee for Political Affairs. Linda Rae Sher, the JACPAC founder, is also on the list.

This 2020 cycle also marked the rise of Invest to Elect — a Chicago area “women’s political investment organization” spawned in 2017 to raise money for Democrats who support abortion rights.

Biden bundler Dania Leemputte is an Invest to Elect steering committee member. Members of the group put together one of the last in-person Illinois fundraising events this COVID pandemic cycle, a March 6 funder in Glencoe with Jill Biden.

LUKAS WALTON AND WAL-MART HEIRS: Lukas Walton, a billionaire heir to the Wal-Mart fortune, stays mainly under the political radar, though he flexed his money muscle this cycle. His state and federal political donations use addresses in Arkansas and what appears to be a post office box near DePaul’s Lincoln Park campus.

Lukas and two other Wal-Mart heirs, Alice Walton and her brother Jim, continued to donate in this cycle to Illinois PACs boosting charter schools and “educational choice initiatives, One Chance Illinois and its related independent expenditure arm and the INCS Action Independent Committee.