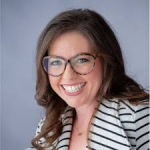 Congressional candidate Dani Brzozowski says gun control hasn’t come up much during the campaign. She says she supports responsible gun ownership that protects people. And she says people are surprised to learn that.

While people who want restrictions on who can have guns and how powerful the weapons can be are usually Democrats, there’s still a lot of variation among them.

Brzozowski says if she gets to walk down the halls of the Capitol as a Congresswoman, she’ll gladly greet the Republicans. There are a lot of stories from Capitol Hill about Democrats and Republicans minimizing contact with each other, sometimes not even making small talk.

Brzozowski says if she’s elected, she expects to surprise people with her willingness to engage the other side and negotiate. She says she thinks the current state of the Republican Party is an anomaly and she hopes it returns to normal after Pres. Trump is out of office.

With COVID-19 relief not coming out of Congress before the election’s over, candidate Dani Brzozowski says she’s worried about families that need help. The LaSalle Democrat says she knows a lot of small business owners who are hurt by the shutdowns.

We also hope to talk with Republican incumbent Cong. Adam Kinzinger one more time before the election. He’s on military duty and wasn’t available before we published this story.