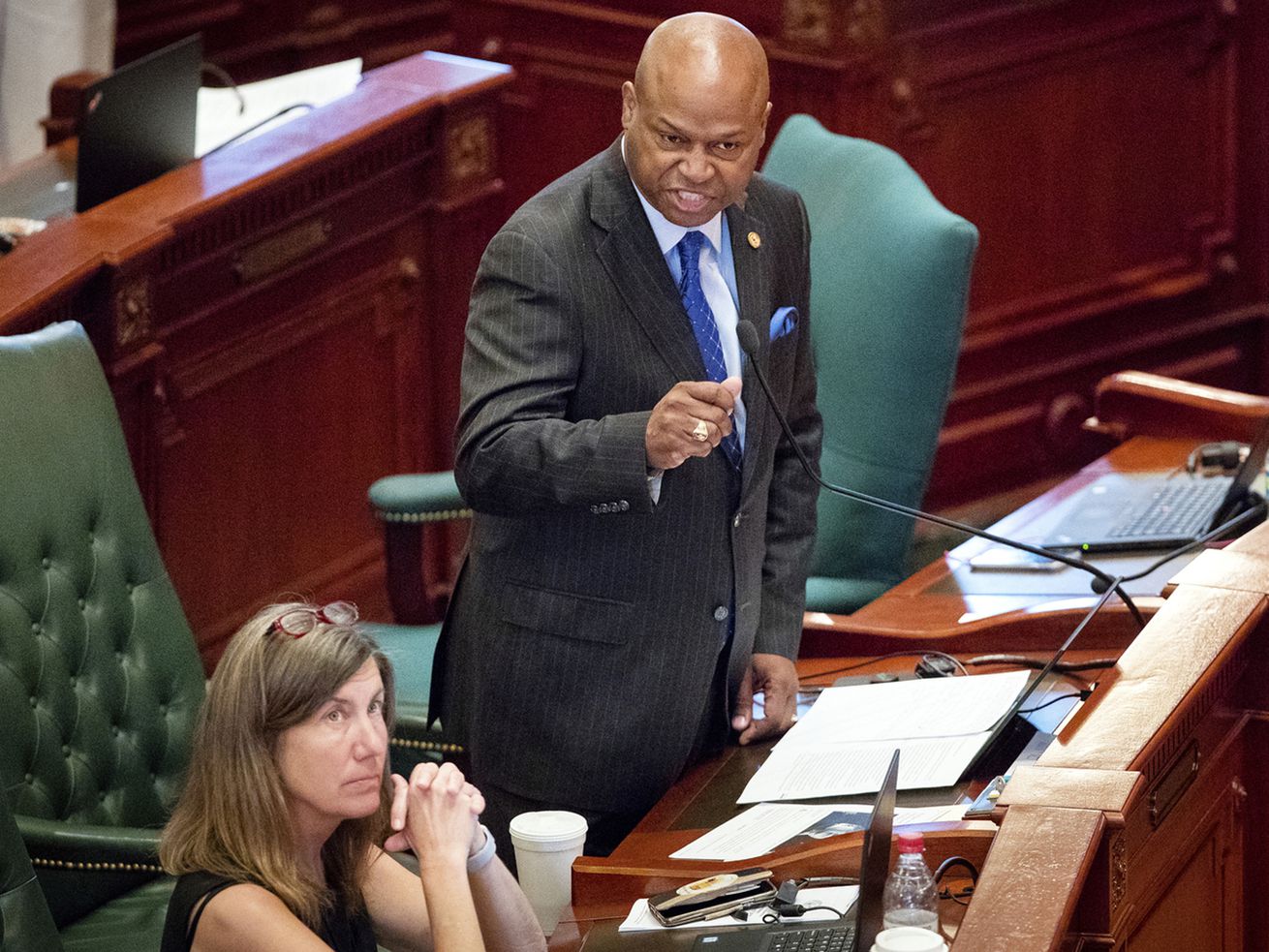 Illinois voters have a chance to make a difference for racial equity.

While demands to address systemic racial inequity are growing, voters at the same time will decide whether to amend the state’s Constitution to allow for a graduated income tax.

And the two issues are closely connected, as a new study has found. For our state to become more equitable, voters must approve the Fair Tax amendment.

An analysis by the non-partisan Institute on Taxation and Economic Policy shows that, between 1999 and 2019, the state’s current flat rate income tax dramatically increased the racial wealth gap, transferring billions of dollars in tax liability from wealthy, mostly white taxpayers to African American and Latino families.

The details reveal a stunning portrait of economic inequality.

Black and Latino taxpayers with incomes less than $250,000 have paid $4 billion more than they would have under the graduated rate structure that would go into effect if the Fair Tax Amendment passes.

That transfer of tax burden from the wealthiest 3% of taxpayers, the report states, “reduced the standard of living for these families and exacerbated income and wealth gaps.” Meanwhile, the wealthy beneficiaries of the flat tax were able to accumulate an estimated $7.5 billion in additional wealth, based on historical stock market returns.

Illinois’ flat tax shifts responsibility for paying $27 billion more in income taxes from the top 3% of earners to families earning less than $250,000. That allowed the top earners to accumulate over $50 billion in additional wealth.

Many Fair Tax proponents talk about the importance of raising billions in new state revenue to prevent cuts in services that low- and moderate-income communities of color need.

The racial wealth gap, of course, has its roots in slavery and Jim Crow-era violence. The gap has been made worse by ongoing discrimination in employment and education, housing segregation and predatory lending.

Then came job losses and foreclosures during the Great Recession a decade ago, both of which were concentrated in Black and Latino communities. Black families lost 48% of their wealth during that crisis, twice as much as white families.

The current recession caused by COVID-19 has dealt another blow to workers of color, who have been hit hardest by job and wage losses.

No wonder, then, that one recent study found that the average African American family has one-tenth the wealth of a white household.

So Illinois’ income tax structure didn’t create the racial wealth gap. But it “is certainly exacerbating the problem,” as Christensen Gee says. “It’s really crucial that we are not ignoring the unintended consequences of our tax policy decisions.”

A progressive income tax would start to shift that balance, bringing in more revenue and reducing local reliance on property and sales taxes that make the state’s tax system so regressive.

Bottom line: If voters care about the fiscal health and racial equity of our state, they must pass the Fair Tax Amendment.

Curtis Black is a freelance writer in Chicago.