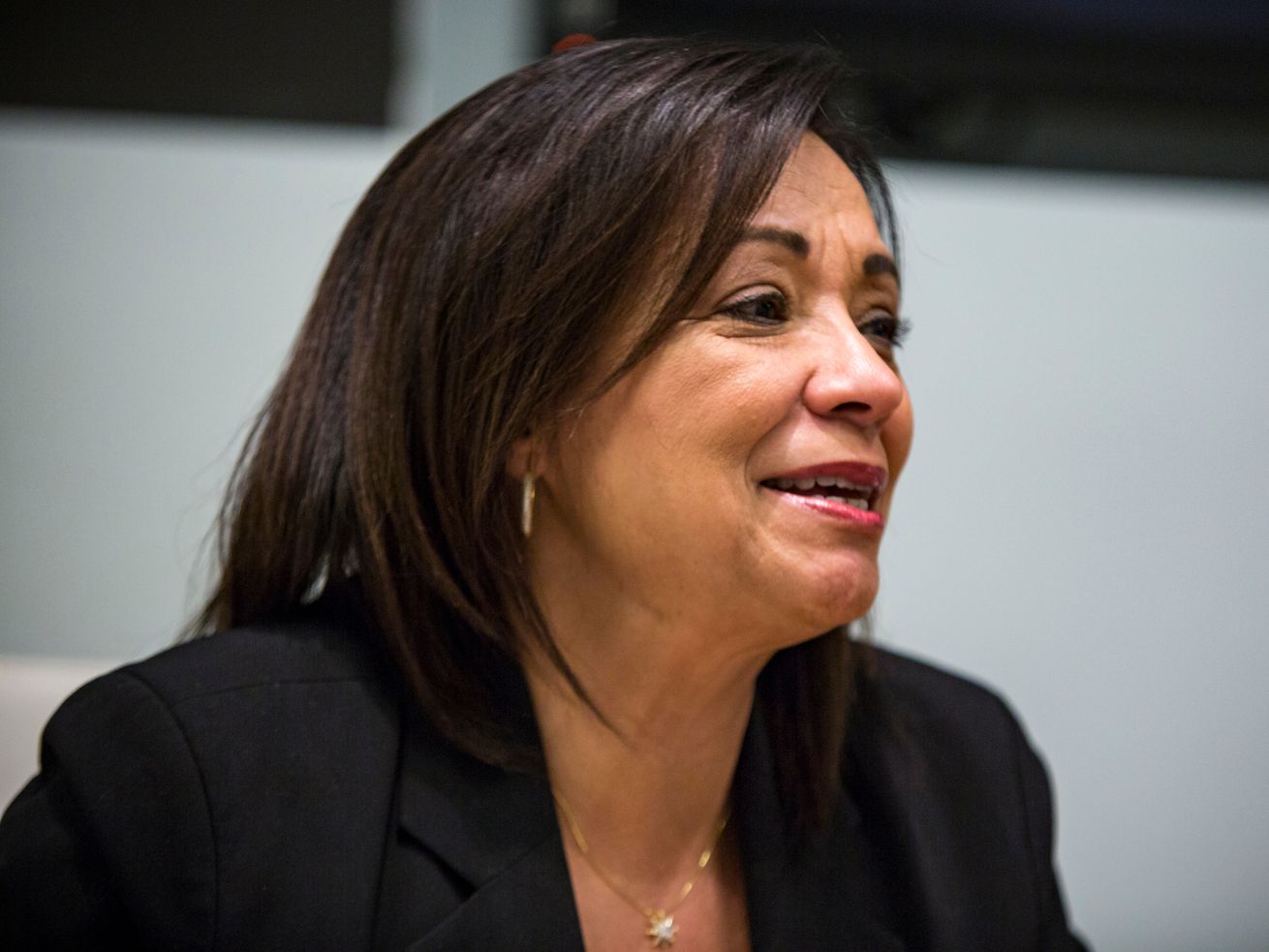 Here’s hoping her experience as a lawmaker helps her become the effective leader the office sorely needs.

The next Cook County Circuit Court Clerk must be a strong, savvy boss with the will and ability to end the mismanagement and cronyism that have plagued the office for the last 20 years.

But, frankly, our endorsement of Martinez, a Democrat, is not a full-throated one. She lacks detailed ideas on how to actually improve the office, resting back when pressed on vague and general promises to sit down with its leaders and work to get things fixed.

Martinez has been a capable state senator for the past 17 years, though, and we give weight to that. The first Hispanic woman elected to the state senate, she has sponsored or co-sponsored practical-minded bills ranging from water heater safety to the regulation of midwives.

Martinez also has been an advocate for immigrants and the working class, and we sense a possible independent streak.

When a retired ComEd lobbyist and confidant to Illinois House Speaker Michael Madigan urged other lobbyists to steer $30,000 in contracts to an aide Madigan had fired for allegedly sending sexually suggestive texts to a political consultant, Martinez called for Madigan to explain the situation or step down as state Democratic Party chairman.

As a lawmaker, Martinez has held legislative leadership positions in Springfield, such as assistant majority leader and minority caucus whip. We hope those roles will help her transition into the effective leader the circuit court clerk’s office needs.

The 2,000-person office is the keeper of every record and document in one of the largest unified court systems in the world. But the office has been so badly run under current Circuit Court Clerk Dorothy Brown that detainees have sat in jail for months simply because of misplaced files. And attorneys have long complained about incomplete and missing files.

Brown declined to run for a sixth term.

Meanwhile, we found Bellar to be an intriguing candidate, based on her background as both a doctor and a lawyer.

But Bellar, who has never held public office, is as bereft as Martinez when it comes to innovative ideas for the post. She’s built a public profile as a culture warrior, such as opposition to same-sex marriage, that have nothing to do with the circuit court clerk’s office. Our concern is that her interest in becoming clerk is mostly to gain a louder megaphone.

Time will tell if Martinez can straighten out the circuit court clerk’s office, but she’s earned a shot.