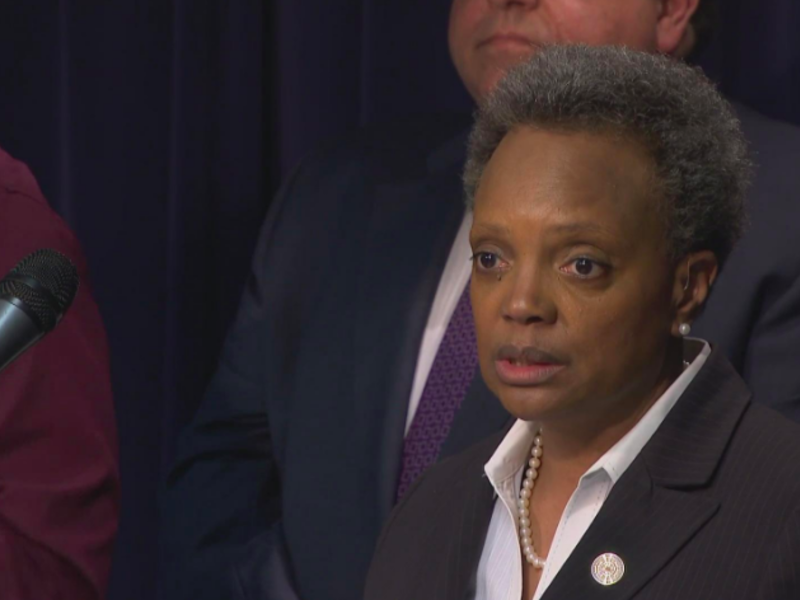 "As part of the city’s efforts to keep residents safe and healthy, the Department of Business Affairs and Consumer Protection and the Chicago Police Department are enforcing all business establishments that sell liquor to have less than half of their regular max capacity. Additionally, any establishments that sell liquor will have a max capacity of 100 persons."

Bar and restaurant owners would also not be allowed to line up those waiting to get in on city sidewalks. City officials "are working with local entrepreneurs and business owners to ensure they’re monitoring the new requirements, and the departments will issue citations to owners if any establishment fails to enforce the new capacity limits," the city said in a press release.

In an interview on NBC’s "Meet the Press" this morning, Gov. J.B. Pritzker said despite shutting down the city’s annual St. Patrick’s Day parades and calling off the river dyeing, "many young people who think they’re impervious to this went out and celebrated. And I had my 2:30 briefing yesterday, called out the problem of people on the street, and unfortunately we haven’t seen a lot of movement."

"People aren’t understanding that, even if you’re healthy, even if you’re young, that you may be a carrier. And you’re going to hand it over to somebody else. COVID-19 is spreading because even healthy people can be walking around, giving it to other people. So we need to go on lockdown," he said. "Nowhere in the United States really has there been a lockdown on bars and restaurants, but it’s something that we’re seriously looking at."