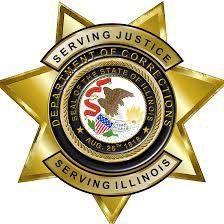 The Illinois Senate has approved a measure that would require the state’s prison system to formalize the process in which it receives complaints and comments from visitors and taxpayers.

The Associated Press reports that Democratic Sen. Laura Fine’s legislation would require the Illinois Department of Corrections to designate a point person who would be in charge of receiving comments.

The Glenview Democrat said the plan’s objective is to ensure people wanting to visit incarcerated family members are treated fairly.

Fine said that families expecting a visit that get turned away can be a heartbreaking experience and she says the state should encourage people to maintain connections with family and friends which will improve the inmate’s life during and after incarceration.

Fine worked with the Chicago group Restore Justice which works for fairness and compassion in the prison system. Restore Justice officials told Fine they had witnessed numerous visitors being turned away unfairly.

In one instance, Restore Justice representatives said corrections officials confiscated a baby blanket and canceled a family’s visit because the baby was crying.

Senate Bill 2311 now moves to the House for consideration. The legislation passed 50-0 with nine no votes cast.

via http://www.wspynews.com – RSS Results in news/local of type article https://ift.tt/2HulouY