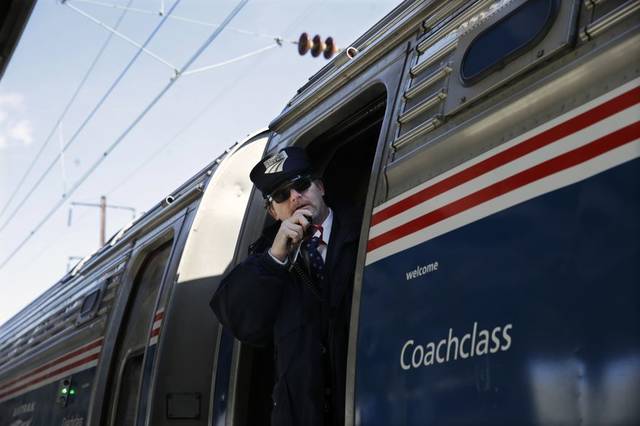 Booze on an Amtrak cruise is illegal, but not obeyed, lawmaker says. Her bill would fix that.

Booze on an Amtrak cruise is illegal, but not obeyed, lawmaker says. Her bill would fix that.

SPRINGFIELD — A state lawmaker on Tuesday advanced a bill that would lift a 110-year-old state prohibition of alcohol consumption on trains, saying the existing law is not enforced or obeyed.

“As most people probably don’t realize … this bill was passed in 1911, pre-Prohibition,” Rep. Terra Costa Howard, D-Glen Ellyn, said during a House transportation committee hearing. “And it prohibits the drinking of alcohol on any train, train station; it also requires our engineers to make arrests.”

Daily, there are five Amtrak trains between Alton and Chicago — four on the Lincoln Service and one, with full meal service, on the Texas Eagle. The trip is scheduled to take about five hours.

According to Costa Howard, the 1911 alcohol prohibition on passenger trains is not being enforced. Under the current law, drinking alcohol on a train a Class C misdemeanor. She also said that some municipalities are charging homeless people with drinking at or near a train station.

“There are other mechanisms to enforce not drinking and driving … and public intoxication other than this law,” she said.

While her bill would repeal the state-level prohibition of drinking on trains, it would allow rail systems to ban alcohol consumption entirely or on certain days — such as during rowdy street festivals — if they believe it necessary.

She said train engineers currently do not make arrests but will notify local law enforcement of unruly passengers and have them removed at the next stop. That process can still continue under her bill, she said.

Costa Howard said there is no opposition to her bill because many people are unaware of the existing prohibition. It advanced Tuesday to the full House on a 9-2 vote, with Reps. Tom Weber, R-Lake Villa and Natalie Manley, D-Joliet, opposing it.