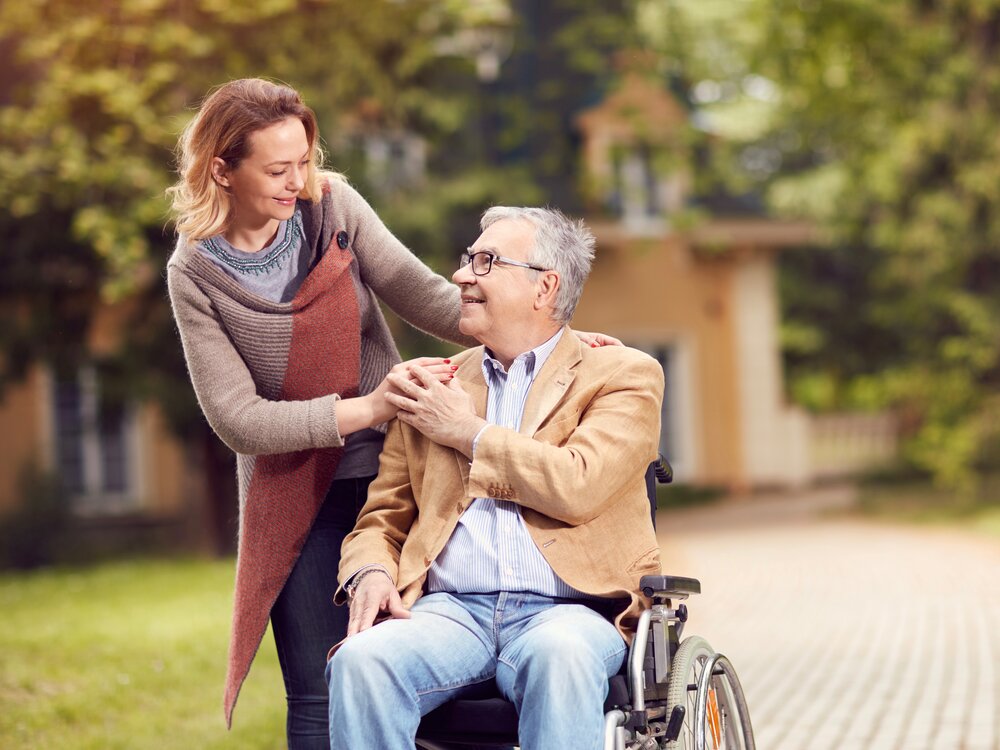 U.S. Sen. Dick Durbin is breaking the Senate’s bill blockade with legislation almost everyone can agree on — providing more support for those caring for family members or friends in poor health.

At a news conference Monday, Durbin touted how legislation he sponsored providing more funding and support contacts for family caregivers will soon pass Senate Majority Leader Mitch McConnell’s self-imposed logjam as part of the reauthorization of the Older Americans Act.

“On Friday, the Centers for Disease Control came out with a new study, which found that one in five adults in America are unpaid caregivers,” Durbin said. “We must do more to recognize the incredible contribution that caregivers provide to Illinois and the nation. That’s why I’m pleased to report that the Senate is planning to pass my legislation in the coming weeks, which will increase funding, training, and support for caregivers and the network of senior centers and community organizations that help them.”

I am pleased that the Senate is advancing my Supporting America’s Caregivers and Families Act, which would provide much-needed support to our family caregivers and the loved one’s they assist. pic.twitter.com/pLHbqsWXdy

The CDC study, released as part of the “Morbidity and Mortality Weekly Report,” warns that the need for what the health watchdog calls “informal caregivers” will likely increase as the baby-boom generation ages, and that caregivers often suffer their own health issues — including depression — as they concentrate on providing care for others.

In an accompanying news release, Durbin cited that there are 34 million family caregivers across the nation, providing an estimated $470 billion of unpaid care to loved ones — a figure, he said, larger than the entire Medicaid budget. They spend an average of $7,000 a year on the care, devoting an average of 24 hours a week to the task.

The CDC report, based on a three-year poll conducted by the Behavioral Risk Factor Surveillance System from 2015 through 2017, found that 1-in-5 U.S. residents has cared for a family member or friend in the last month, and that, of those who haven’t, 1-in-6 expect to become a caregiver within the next two years.

The report warned that although “caregiving can have many benefits, such as enhancing the bond between caregiver and recipient, … it can also place an emotional and physical strain on caregivers, leading to higher rates of depression, lower quality of life, and poorer overall health.” According to the report, “19.2 percent of caregivers reported being in fair or poor health.”

Illinois followed the national trend with just under 20 percent of respondents saying they’d cared for a loved one in the last month. Some 58 percent of those caregivers were women, with overall 71 percent white, 14.6 percent African American, and 9.7 percent Hispanic. Almost half were under the age of 45, 44.6 percent, with over a third, 35.6 percent, between 45 and 64 years old, and 19.8 percent over 65. Some 58 percent were employed, although the report likewise warned that “for younger persons, caregiving might adversely affect their ability to work or negatively affect their income by limiting their work hours or their ability to take on additional job responsibilities.”

“As a society,” Durbin said, “we need to do a better job of training and uplifting these people — the majority of whom are women.”

Durbin’s additions to the Older Americans Act would increase funding for the National Family Caregiver Support Program, provide financial, emotional, and health support for caregivers by increasing the use of caregiver assessments, and connect caregivers with the nation’s network of Area Agencies on Aging. Durbin said Monday it would also grant support through Medicare and Medicaid.

Illinois has a Family Caregiver Support Program through its Department on Aging.

“You know what I think?” Durbin said. “I think as a caregiver you shouldn’t have to worry about whether you’ve got health-insurance protection.”