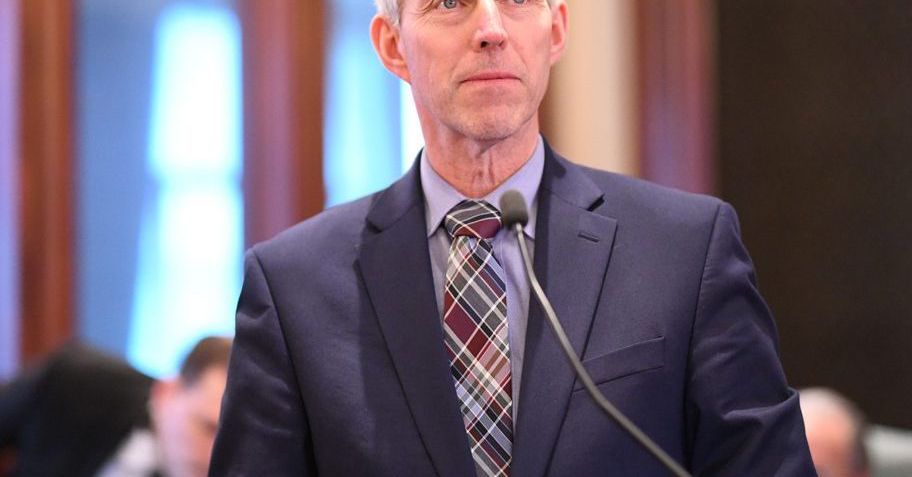 That group of Downstate legislators who want to form their own breakaway state called New Illinois are back, this time with an offer to help Mayor Lori Lightfoot clean up Chicago corruption.

They’ve sent Lightfoot a letter asking for a meeting to discuss that and other “new opportunities” for cooperation.

There was no mention of whether they would be willing to risk their personal safety by coming here to meet Lightfoot in a city where gays and lesbians, undocumented immigrants and people who support abortion rights run wild in the streets.

I’ve hesitated until now to give the New Illinois separatists any attention, not wishing to encourage their Chicago-bashing.

But they don’t seem to be going away any time soon, and Chicago area residents probably ought to be aware of their activities, however futile at the moment.

Rep. Brad Halbrook, R-Shelbyville, is the leader of a group of eight Republican lawmakers who have co-sponsored a resolution urging Congress to make Chicago the 51st state of the union.

Some have characterized this as kicking Chicago of Illinois, but Halbrook argues that’s not the case.

“We’re not trying to kick them out. We’re just looking for separation,” Halbrook said.

Halbrook is in his fourth term as a state legislator.

I asked him if he’d planted yet, the rainy spring having caused havoc with Downstate farms as you may have heard.

I know a little about the area where Halbrook lives near Lake Shelbyville, a man-made lake that is one of the state’s best recreational resources. My family has been fishing there since it opened in the 1970s, and I’ve got a brother and sister who both keep trailers there for weekend getaways.

As someone who grew up in central Illinois and moved to Chicago as soon as I could get a job here, I’d like to think I have an appreciation for both rural and urban Illinois and all the variations in between. I’d also like to think I can get along with everyone and try to see their point of view, but this Chicago-hating stuff gets old fast.

It’s like I tried to explain to Halbrook about his offer to help Lightfoot “end the corrupt status quo in Chicago:”

We better than anyone understand there’s political corruption here, and we’re doing our best to deal with it one election at a time. But if we want their help, we’ll ask for it.

I’m not sure if he got my humor. Seemed like a very serious guy.

Something you should probably understand is that a lot of people are serious about this separation business, even if most of us regard it as kooky.

It gets a big reaction from many Downstate voters who have been raised to believe that all their problems are caused by Chicago and receive reinforcement when the Legislature liberalizes abortion laws or attempts to limit gun ownership in any way.

“They feel that if we were free of Chicago, life would be better,” said Halbrook, who seems to believe that himself, although he allows that New Illinois is “not going to be a utopia,” at least not at first.

Halbrook said New Illinois organizations have formed in 30 counties, patterned after a similar effort in California. It’s based on Article IV, Section 3 of the Constitution, which by my reading expressly forbids any state creating a new state within its boundaries, but why spoil their fun.

Many of those same counties are looking to hold advisory referendums in 2020 on the question of splitting from Chicago.

Halbrook said he’s not involved in the referendum effort, because he doesn’t want to mislead anyone that it would have any legal effect.

I’m sure somebody on the Republican side is looking to use the referendums as an organizing tool that will help get out their vote, maybe assist President Donald Trump and hurt the graduated income tax in the process. Cook County Democrats practically invented that game.

Halbrook says he doesn’t know whether the increasingly Democratic-voting collar counties would opt to be part of his New Illinois — or stick it out with Chicago.

“I don’t know what the future holds,” he said.

Neither do I. But I know I’d rather not be here at the point we divide up America between city-states and whatever’s leftover.