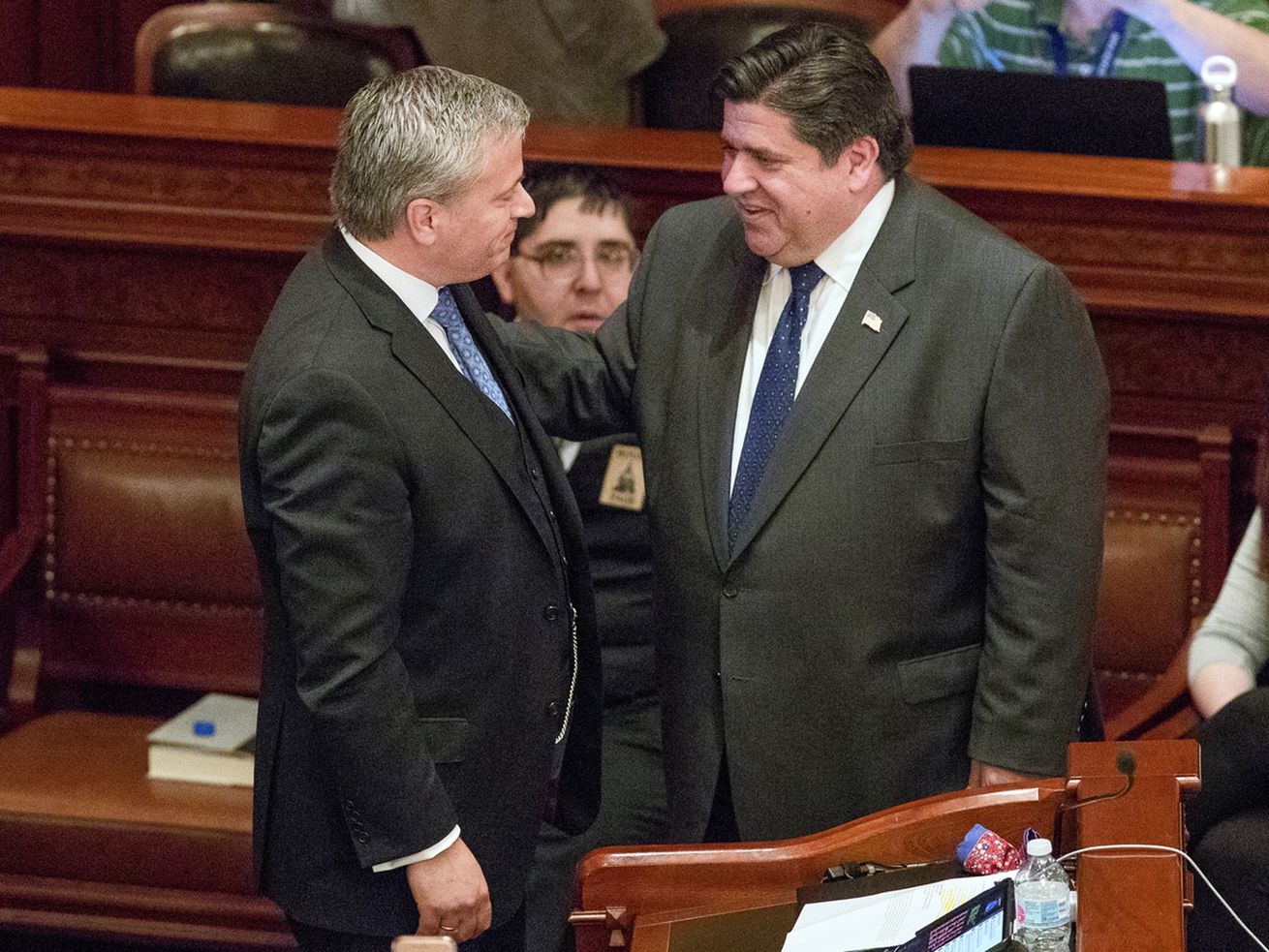 Get ready for a 16-month barrage of half-truths, or worse, from anti-tax conservatives desperate to convince voters that a graduated income tax is a terrible idea.

And now the ball’s in your court, Illinois voters.

Next year, you will decide whether to change the state’s constitution and switch from the current flat income tax to a graduated tax structure, which we have no doubt would be fairer.

It would offer a break to working class people just struggling to get by. It would help solve our state’s fiscal problems by imposing taxes at a higher rate on the very wealthiest among us.

Legislators this week finally passed a proposal that puts the question on the November 2020 ballot, making good on Gov. J.B. Pritzker’s promise to get it done before the end of May.

So get ready for a 16-month barrage of half-truths or worse from anti-tax conservatives desperate to convince voters that it’s a terrible idea. They’ll try to paint a picture of Armageddon approaching. They’ll act like Genghis Khan and his hordes, disguised as Pritzker and the Democrats, are descending to pillage taxpayers’ wallets and leave the state in ruins.

Over the next 16 months, we’ll do our best to explain why that’s nonsense, and why it makes sense for Illinois to adopt the same tax structure as 34 other states, including all but one of our state’s neighbors.

Here’s some of what you’ll likely hear:

We don’t have a revenue problem! We have a spending problem!

All we have to do, anti-tax crusaders like to say, is stop spending money and our financial woes will disappear.

Yeah, that might work — if we close down all of our public universities, prisons, state parks, and mental health centers. And stop spending money on schools and roads and bridges.

In reality, the math just doesn’t add up.

Any honest debate about a graduated income tax has to acknowledge reality. Fat-cutting will not pay off $134 billion in unfunded pension liability and keep the state up and running.

Actually, it could avert the class warfare that’s revving up now, with the rich getting richer while the middle class shrinks and the poor grow in number.

In Illinois in 1960, the top 1 percent of workers took home 3.4 times as much income as the median worker, according to a study by the Illinois Economic Policy Institute. By 2014, the earnings gap grew to at least 14.3.

The current flat tax is already fair because everybody pays taxes at the same rate!

A recent op-ed from a millionaire who favors a graduated income tax explained why that notion is nonsense.

“It’s true, of course, that the multimillionaire will pay a larger total amount in taxes,” writes Michael Pine, a member of a group called Patriotic Millionaires. “But even just a 1 percent increase in the flat tax rate can be monumental to a working mother on a marginal income. It can make it impossible for her to keep up with the costs of medicine and health care for her and her child, for school supplies, and even food for the week. On the other hand, the multimillionaire, at worst, might have to postpone buying a new vacation home.”

Rich people will flee the state!

An analysis by the Better Government Association suggests that’s an empty threat: When the state raised the flat income tax temporarily from 3% to 5% (in 2011), lower-income workers and Downstate folks fled, while the rich stuck around.

It will kill jobs!

If a flat tax is so great for jobs, why do so many states — many or most of them doing better on jobs than Illinois — have progressive tax structures?

They also want a highly educated workforce, and plenty of high school graduates leave the state for a better financial deal in college elsewhere because Illinois woefully shortchanges higher education.

A February 2019 report from the progressive-leaning Center on Budget and Policy Priorities found that raising state income taxes on the wealthiest helped states boost economic productivity. In six of eight states that enacted higher taxes on the wealthy since 2000, “private sector economic growth met or exceeded that of neighboring states.”

Legally speaking, there’s nothing stopping lawmakers from raising the flat income tax on everyone right now — as they have done before. But if the fear is that a progressive system of taxation will make it easier to raise the levy only on the highest earners, Illinois Republicans could have done something about that during this spring legislative session. They could have demanded the inclusion of a ratio, built into the constitutional amendment, that tied the highest tax bracket to the lowest tax bracket, a kind of tether. If the highest bracket were increased, the lowest would rise proportionately.

We’re not at all sure Pritzker and his fellow Democrats would have gone for that — they didn’t need Republican votes — but the other side never seriously sat down to bargain. Their strategy was to reject a progressive income tax in any way, shape or form. It would be possible to include this sort of tether in future legislation that tinkers with the tax brackets.

Consider this an opening volley. Over the next 16 months, we’ll have much more to say in favor of voting “yes” to a progressive income tax — truly a fairer tax — in November 2020.