Rep. Guzzardi joins housing advocates in saying $1B of capital bill should be allocated to affordable units 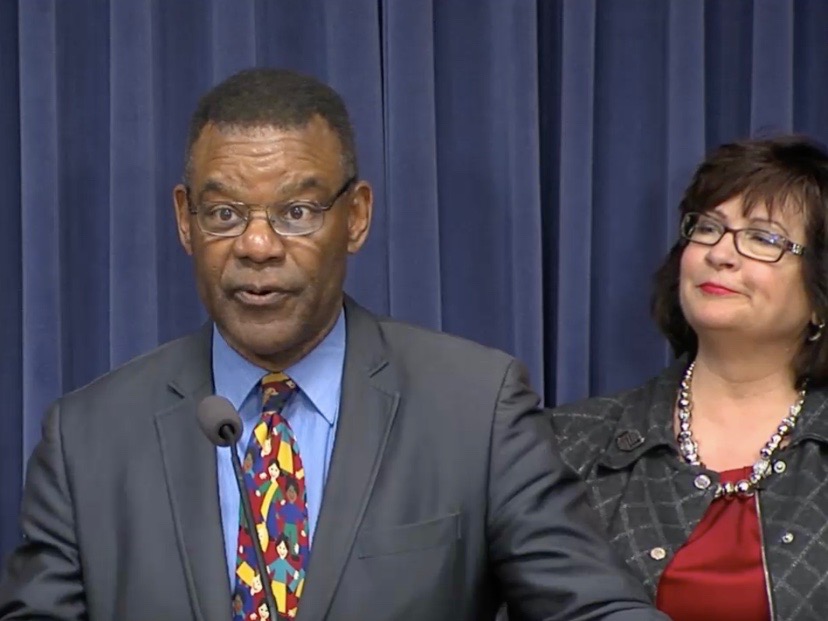 Backed by Cathleen Wilson of the Bethalto Boys & Girls Club, Sam Banks, CEO of the Don Moyer Club in Champaign, says an infrastructure infusion would be a “game-changer.” (Blue Room Stream)

Social-service agencies across the state added their support for Gov. Pritzker’s proposed $41.5 billion capital bill Thursday, while a leading House progressive joined housing advocates in saying $1 billion of that should be set aside for affordable units.

“We believe that our roads and bridges need to be fixed,” said state Rep. Carol Ammons of Champaign-Urbana at a news conference featuring prominent social-service agencies at the Capitol. “We believe that those horizontal needs are very important. But we also believe strongly that we need to invest in vertical infrastructure,” such as in new or renovated buildings for those critical agencies.

Ammons backed Sam Banks, chief executive officer of the Don Moyer Boys & Girls Club in Champaign, in seeking state support to improve conditions at the converted church that has served as the club home for 50 years. According to Banks, the club serves 180 kids a day in after-school programs, 200 kids a day over the summer, and the facility is overtaxed.

“Really, what we’re experiencing is what most of our Boys & Girls Clubs are experiencing across the state with the need for capital improvements,” Banks said. He added that investment in the club building would be “a game-changer for our kids, our staff, and our community.”

“The club is a valuable asset to our families in Champaign-Urbana,” said Ammons, adding she previously served as program director at the club. “The Boys & Girls Clubs are the largest provider of out-of-school care for children throughout Illinois, serving primarily low-income children” from minority communities and single-parent families.

“The Boys & Girls Clubs rarely come to the state” seeking a handout, Ammons added. “This is the first time since I’ve been here, five years, that Mr. Banks has come” to the General Assembly seeking financial support.

Cathleen Wilson, director of the Boys & Girls Club in Bethalto, near Alton in the Metro East area across the Mississippi River from St. Lous, said her club serves 250 kids a day, and she stopped taking names on a waiting list after it topped 100.

“That tells you the significant need parents have in out-of-school care and over the summer as well,” Wilson said. “It’s a huge need that we have, and parents and families that are struggling really need a place to have affordable out-of-school care.”

According to Ammons, the Boys & Girls Clubs are seeking $22 million in the capital bill, which she called a reasonable request.

Heather O’Donnell of Thresholds, serving 10,000 people with mental-health and substance-abuse issues in Chicago and its collar counties, said it would like expand a South Side facility and build a clinic on the West Side “where we had a raging opioid epidemic.”

She said residents in those areas “are on the front lines of a violence epidemic that has an impact on the mental health of these communities,” adding, “We really urge the General Assembly to invest in capital for social services like Thresholds.” 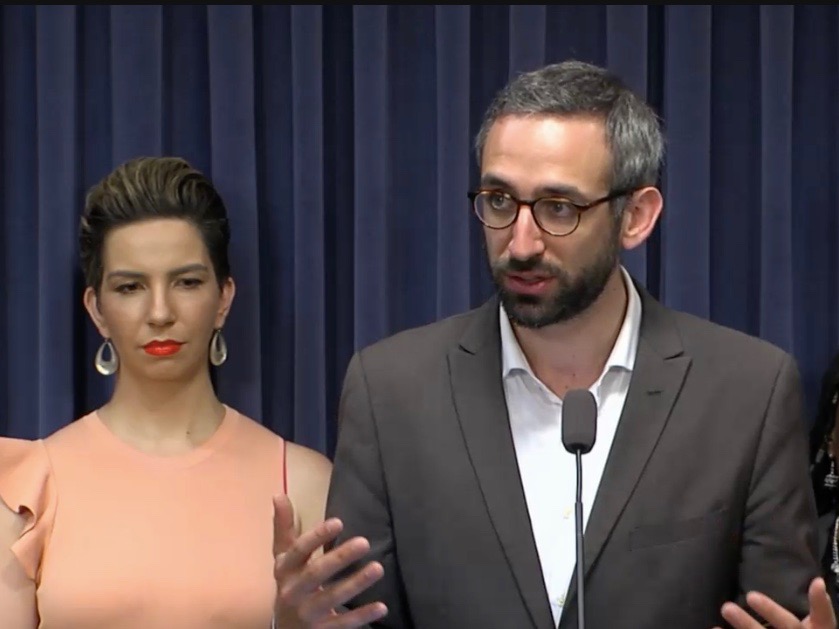 “The need for affordable housing in our communities is dire and the time is now to start building it.”

At an earlier news conference held by the House Progressive Caucus, Rep. Will Guzzardi of Chicago redoubled his support for allocating $1 billion of a state capital bill to affordable housing — as proposed in his own House Resolution 255.

“Housing is an essential human right for everyone in the state of Illinois and one of the cornerstones and founding principles of the Progressive Caucus,” Guzzardi said. “We know that it’s the kind of right upon which all other rights are built. You can’t have decent education or access to health care without housing.”

He cited how housing advocates earlier this week had stated that $150 million from a major capital bill a decade ago had seen “communities around the state transformed by the ability for low-income families to find affordable and stable housing.”

Guzzardi added, “We believe that that kind of investment needs to be increased many times over because the need for affordable housing in our communities is dire and the time is now to start building it.”