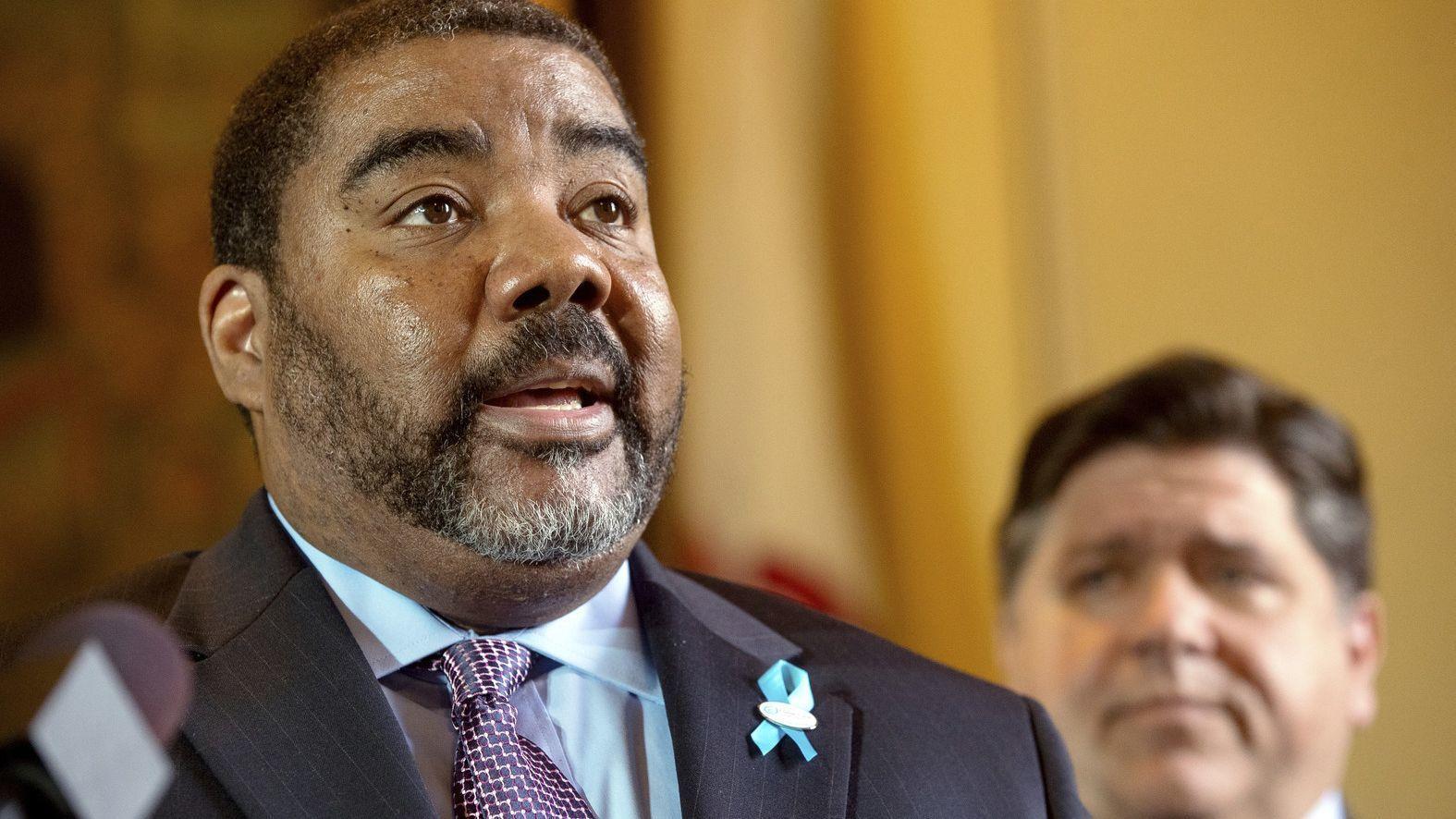 Before he took the oath of office in January, Gov. J.B. Pritzker was paying out of his own pocket for a national search to find the next head of the long-troubled Illinois Department of Children and Family Services.

Pritzker’s transition team signed a $50,000 contract in early January with Massachusetts-based Koya Leadership Partners to conduct a nationwide search for a new leader for the child welfare agency, which has churned through 14 previous directors since 2003. “The governor wanted to get the search for key positions in his Cabinet underway as soon as possible so he covered the cost of the search as part of his transition,” spokeswoman Jordan Abudayyeh said.

The move is another example of the first-term Democrat and billionaire heir to the Hyatt hotel fortune using his vast personal wealth to help fund functions of state government. Pritzker has also boosted salaries of some members of his administration with his own money. Because those payments aren’t coming from state coffers, they’re not subject to open records laws, raising potential transparency issues.

While the transition committee is not subject to the state Freedom of Information Act, the Pritzker administration provided a copy of the search contract to the Tribune.

Days before Pritzker’s Jan. 14 inauguration, his transition team announced he would be doubling the salaries of top aides, including his chief of staff, deputy governors and senior advisers, through East Jackson Street LLC. Pritzker set up the corporation to “enable the governor-elect to personally compensate some staff in addition to their government salary,” a spokeswoman said at the time.

“This process will take place in a transparent manner with requirements that information be reported publicly,” Abudayyeh, who previously served as a spokeswoman for Pritzker’s campaign and transition, said in a statement at the time. Abudayyeh’s state salary of $75,000 is being doubled to $150,000.

State employees are required to file statements of economic interest with the secretary of state’s office by May 1 of each year. But the forms filed by this month’s deadline cover last year, which means the payments to Pritzker’s top staff won’t be disclosed until next year.

The DCFS director search resulted in the March 27 appointment of Marc Smith, then executive vice president of foster care and intact services at Olympia Fields-based Aunt Martha’s Health & Wellness. Smith, who was a public service administrator for DCFS from 1993 to 2000, awaits Senate confirmation.

Smith is taking over DCFS as the agency is facing renewed scrutiny after the deaths of three children — 2-year-old Ja’hir Gibbons of the Washington Park neighborhood, 2-year-old Ta’Naja Barnes of Decatur and 5-year-old Andrew “AJ” Freund of Crystal Lake — whose families had a history of contacts with the agency. On Wednesday, the governor’s office released a report that found numerous problems with the DCFS division that is charged with keeping families intact.

It’s unclear how many other candidates were considered to lead the department. The governor’s office denied a request for names and resumes of other finalists for the position, arguing that releasing the names of unsuccessful candidates would invade their privacy, harm their current employment and prevent agencies from finding qualified applicants for open positions.

In addition to the flat $50,000 search fee, the Pritzker transition committee’s contract for the DCFS search included a $3,500 administrative fee to cover search expenses. Koya also was allowed to bill the transition for “any direct, out-of-pocket expenses such as candidate and consultant travel, lodging, video-conferencing, job postings and employment screening.”

The transition team also paid for a search to find a new head of the state’s Department of Innovation and Technology. Ron Guerrier, previously chief information officer at pharmacy benefits manger Express Scripts, was appointed to that post March 4.

Pritzker’s use of private funds to help the state aren’t entirely without precedent. When announcing the private pay for top aides, his transition team noted that former billionaire New York City Mayor Michael Bloomberg boosted staff pay out of his own pocket. Illinois’ previous ultraweathy governor, Republican Bruce Rauner, donated from his personal fortune to help pay for repairs to the Governor’s Mansion and state fairgrounds in Springfield.

“With our second very affluent governor in a row, it raises questions about how you think about the role of public expenditure,” said Cindi Canary, who previously ran the Illinois Campaign for Political Reform and headed an ethics task force for Mayor Rahm Emanuel. “It’s kind of a trend that we’re seeing, especially when government is strained.”