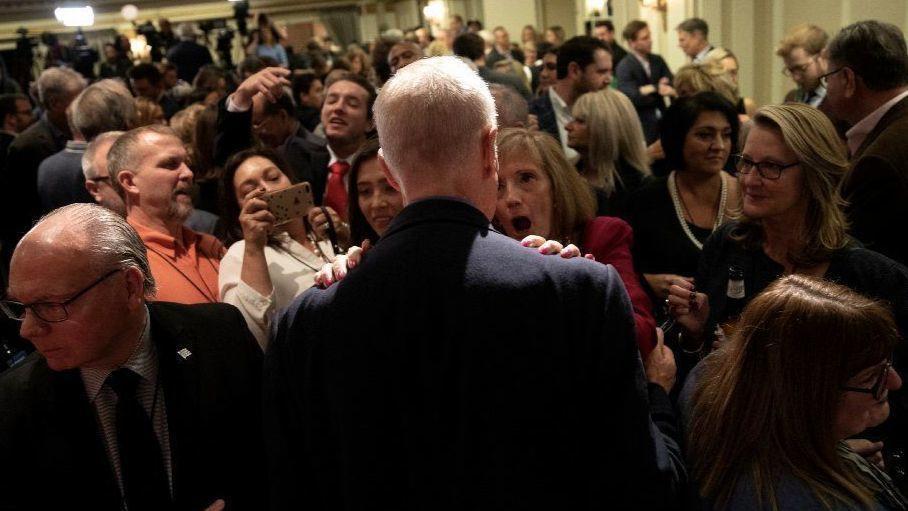 Illinoisans are breathing easy that the barrage of political TV ads, mailers and phone calls has stopped following Election Day. The same cannot be said, however, for Republicans now worrying about the future of their party in Illinois. With Gov. Bruce Rauner’s defeat and steep losses across the state, Republican leaders will begin evaluating what comes next. Journalists and pundits will speculate, the party faithful will point fingers and the postmortem of the Republican Party in Illinois will begin. As with every major defeat, some Republicans will advocate for a shift from the center. Party leaders should reject the siren call: The Illinois GOP needs unity, not a race to the right.

The Illinois Republican primary for governor in March, with the candidacy of Rep. Jeanne Ives of Wheaton, was undoubtedly the first foray into this impending debacle. Ives’ campaign was a vehicle for some Republicans to vent their frustrations with Rauner, nearly costing him the primary. Her campaign expressed a legitimate concern that Rauner had abandoned the party. But Republicans would be lying to themselves if they think a more conservative candidate could have beaten J.B. Pritzker. A former spokeswoman for Ives reiterated this credulous conclusion about her candidacy earlier in the week. Simply put, the governor’s loss should not serve as a sign to nominate more conservative candidates in deep-blue Illinois.

It also cannot be forgotten that Rauner’s path to victory in 2014 was no fluke. The electoral reality of the Prairie State is that only moderate candidates can win statewide, from Bruce Rauner to Mark Kirk to Judy Baar Topinka to Jim Edgar. The party cannot succumb to short-term memory loss when it comes to recent electoral history. Illinois is not — and never will be — a GOP stronghold. And we shouldn’t pretend it is for the sake of party purity.

After all, those who do not win do not govern.

Conservative political operative and talk show host Dan Proft made this same point about winning in a forum earlier this year on the future of the Republican Party. But he also rightfully lambasted Republicans in Illinois who abandon the principles they were elected on. Deals must be made in the course of governing, but the Republican platform can’t be thrown out the window either.

Letter: What’s next? Readers react to the midterm election »

In the same forum, former Illinois GOP Chairman Pat Brady said, “When we’re unified, we win.” He’s right. And that’s why a recent move by the Illinois Republican Party to implement a co-chair system with two party heads will ultimately fail. The party in recent years has been consumed by infighting that has proved to be a counterproductive distraction. The post-Rauner GOP needs a strong leader who can unite the two warring factions and move everyone forward.

The Illinois Republican Party is at a profound point of weakness in our state’s history. Coupled with a previously unheard-of cash advantage thanks to billionaire J.B. Pritzker, Speaker Michael Madigan’s Democratic Party now has unmatched power and the ability to implement every line of its agenda. Illinois Republican Party leaders must put up a united front to combat Pritzker and Speaker Madigan. Anything less than complete unity could relegate the party of Lincoln — in the Land of Lincoln — to the ash heap of history.

Submit a letter to the editor here or email letters@chicagotribune.com.