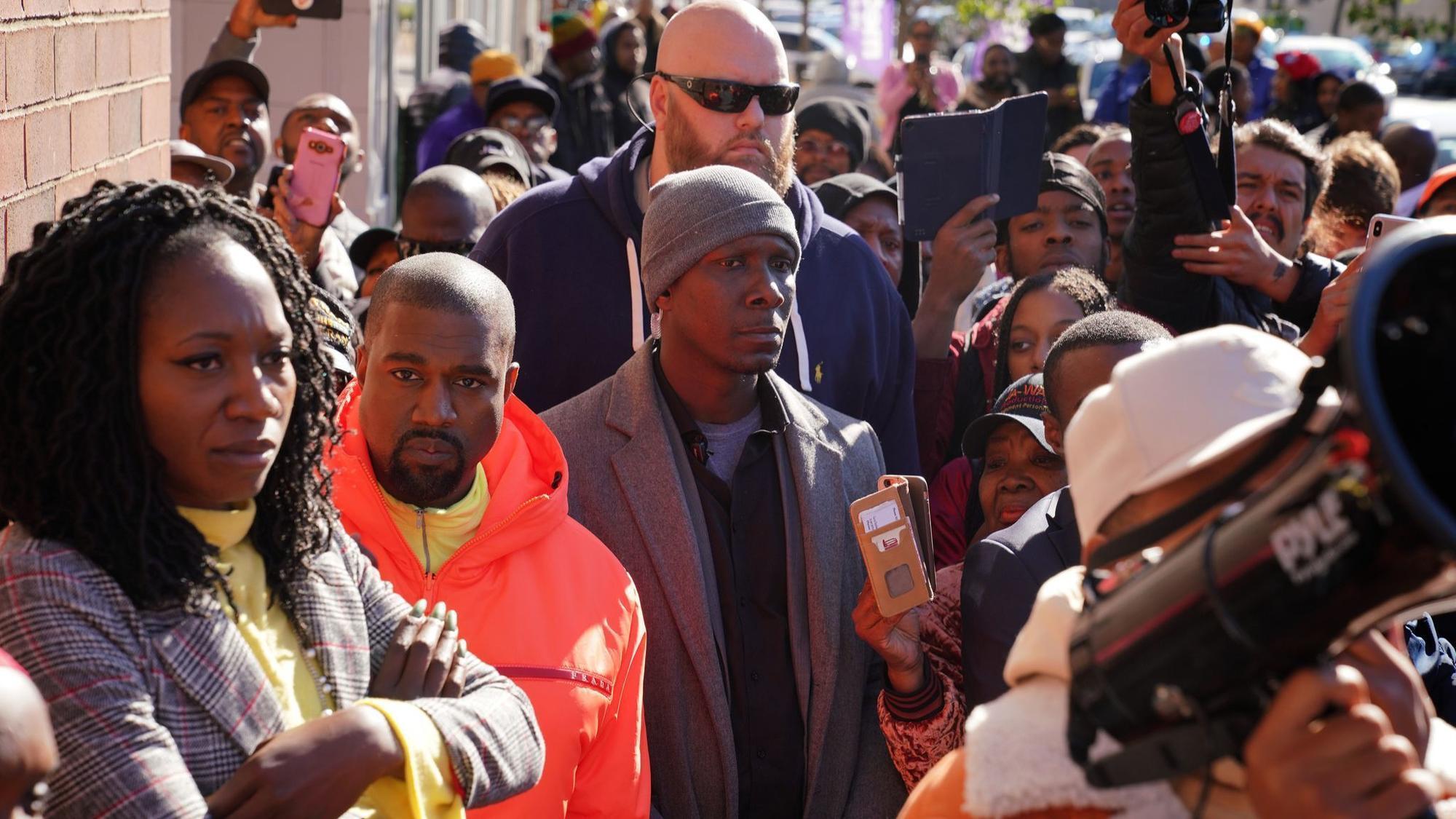 Star hip-hop artist Kanye West tweeted this week that he was “distancing myself from politics,” but that new posture apparently doesn’t apply to the Chicago mayor’s race.

West late Wednesday plugged another $126,460 into the campaign of West Side activist and mayoral candidate Amara Enyia, state campaign finance records show. That brings West’s total support for her campaign to an even $200,000 after the rapper and designer contributed $73,540 last week to help Enyia pay off fines in the exact same amount that she faced with state election officials for not properly filing quarterly campaign finance reports.

West, who has preferred to go by “Ye” of late, made the donation after briefly appearing with Enyia at a sidewalk rally last week in Woodlawn. West did not speak at the event.

“I also have to give a shoutout and kudos to Ye, who is from the South Side and is invested and committed to giving back to our city,” Enyia said of West at the rally last week.

The director of the Austin Chamber of Commerce also has enjoyed the celebrity backing of Chance the Rapper, who was born Chancelor Bennett, another native Chicago hip-hop artist who enjoys wide stardom.

West’s support of Enyia’s progressive campaign is at odds with his backing of Republican President Donald Trump on the national level, which already has opened Enyia up to attacks in the mayoral campaign. On Tuesday, West tweeted that he would be taking a step back from his political involvement, which included hugging Trump during an Oval Office visit last month while wearing the president’s red trademark “Make America Great Again” hat.

“My eyes are now wide open and now realize I’ve been used to spread messages I don’t believe in,” West tweeted earlier this week after distancing himself from the “Blexit” campaign that encourages African-Americans to leave the Democratic Party and vote Republican. “I am distancing myself from politics and completely focusing on being creative!!!”