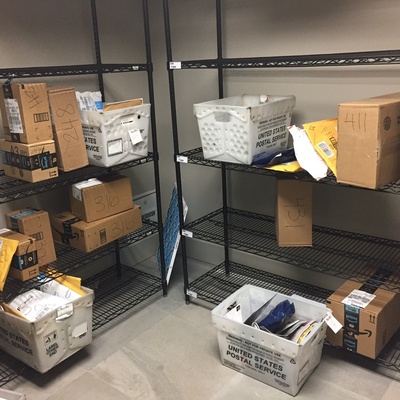 Congress should not interfere with a recent U.S. Supreme Court ruling that cleared the way for states to collect additional sales taxes from online retailers, the lead group representing state legislators around the nation told congressional leaders on Tuesday.

The National Conference of State Legislatures wrote to top Republicans and Democrats in the House and Senate to voice “strong opposition” to legislation that would limit or delay state action to implement new tax policies in response to the court ruling in South Dakota v. Wayfair, Inc.

“Less than three months after the ruling, proposals have emerged in Congress that would hinder state implementation efforts, preempt state authority, and create more problems than solutions,” the letter says. It goes on to accuse critics of the ruling of using “fear mongering tactics to circulate rumors of chaos and uncertainty at the state level.”

“This narrative could not be further from the truth,” the letter adds.

NCSL also notes lawmakers in Congress failed to take action on internet sales taxes in past years when state and local governments identified the issue as a pressing matter. Now, the group says, some of these same members are “hastily pushing legislation.”

The Supreme Court’s June ruling in Wayfair nixed what was known as the “physical presence rule,” a legal precedent that kept states from collecting sales tax from companies that don’t have an in-state presence—like offices or workers. The rule stemmed from previous Supreme Court cases that predated widespread internet sales.

Some internet retailers and groups that are generally skeptical of taxation are among those that have pushed back against the idea of states collecting sales tax from out-of-state online vendors.