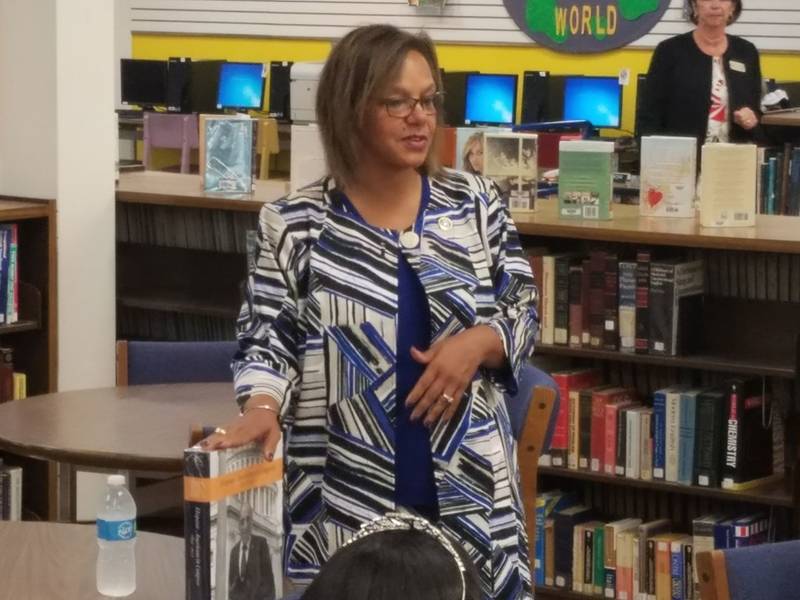 STEGER, IL – U.S. Congresswoman Robin Kelly made a stop at Bloom Trail High School Tuesday morning to talk with a select number of students and donate 100 or so books as part of a "book drop" event at the school’s library. Kelly discussed her political career, challenges of holding an elected position and the interests of the student ambassadors she met with during the half-hour talk.

The importance of ensuring young people vote in elections came up during a Q & A session with the congresswoman.

"This is how your voices are heard," she said.

Kelly, a Democrat, also discussed her dealings with President Donald Trump and told students she has interest in seeking a higher office at some point if an opportunity exists.

"He is not an honest broker," she said of Trump. "To him, it is all about himself and not the country."

In particular, Kelly said she would have interest in running for the United States Senate in Illinois if Dick Durbin decides not to run again.

Scroll through the images above this story for more of a look at the event at Bloom Trail.

Get the Chicago Heights newsletter