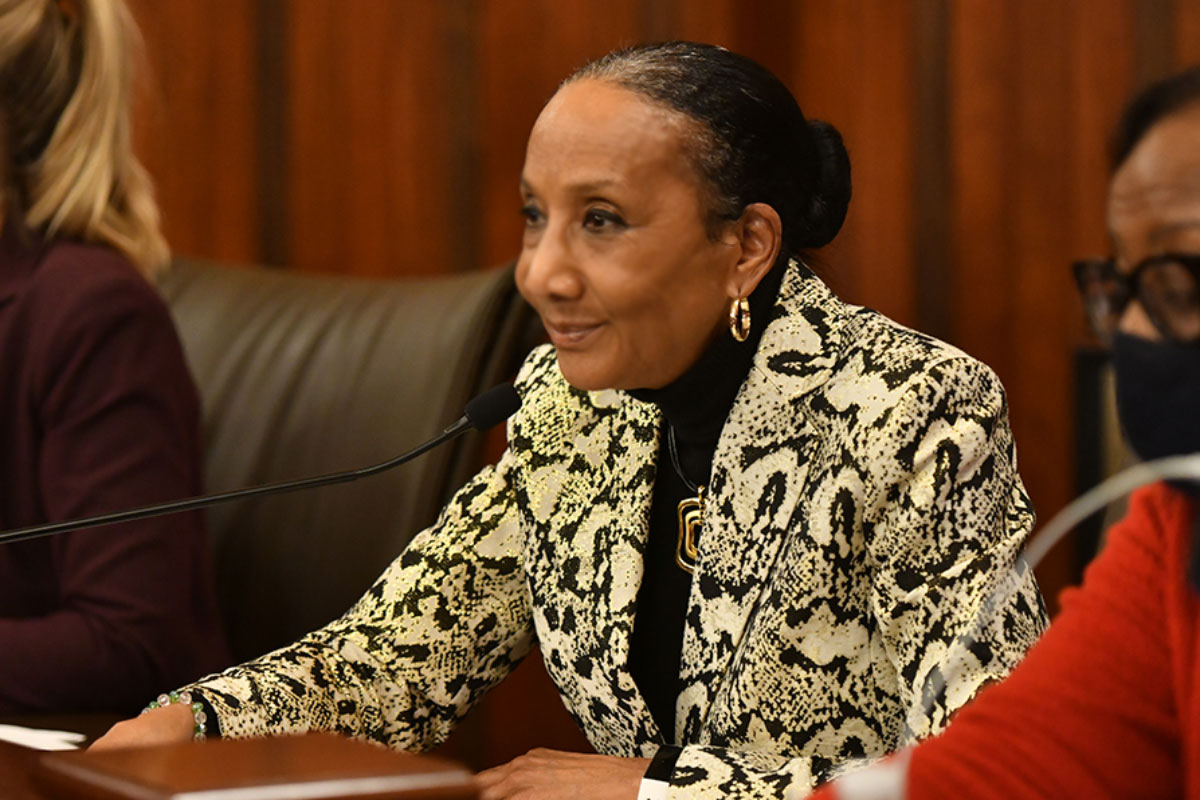 SPRINGFIELD – Following 20 years of service in the Illinois Senate, Assistant Majority Leader Jacqueline Y. Collins retired her seat at the end of her seventh term in office.

“It has been my honor to fight in the Illinois Senate for policies that reduce inequality, expand opportunities and strengthen our community,” said Collins (D-Chicago). “Looking back, I am proud of the accomplishments we achieved together to take on the status quo, stand up to corporate interests and reform oppressive systems.”

Senator Collins spent her career pursuing economic, racial and social justice for underserved and disinvested communities. Her major legislative accomplishments include making Illinois the first in the Midwest to ban “ghost guns”; the historic Predatory Loan Prevention Act and the Illinois Community Reinvestment Act; the Mortgage Rescue Fraud Act; the landmark Sudan Divestment Act; and the 2005 Payday Loan Reform Act; among more than 200 other pieces of legislation.

“I am forever grateful for the opportunity to have served our community and look forward to continuing that service in new ways,” Collins said. “Thank you for your continued support these past 20 years.”

Senator Collins will continue her legacy of community service after two decades in state government. As a proud member of the Faith Community at Saint Sabina Church, Collins will remain an active advocate on behalf of her community.