Republican lawmakers voiced concerns Friday that the Democratic-led General Assembly is considering a bill that would require Illinois public school districts to provide a sexual education curriculum that many school districts rejected in the past year.

As amended, House Bill 5188 would require all public school districts to provide instructional content from the National Sex Education Standards but will allow for any individual student or their parent to opt out, Illinois State Board of Education spokeswoman Jackie Matthews said.

The curriculum standards were set in Senate Bill 818, which was signed into law last year as the framework for public schools to adopt sexual education curriculum. That law allowed Illinois school districts to opt out, and many of them did.

The new proposal, which also would require districts to teach students about sexual safety and how to report abuse, puts the responsibility to opt out on students.

McHenry County legislators in both parties said they supported some self-determination within districts, even if they disagree on the idea of teaching that topic overall.

The bill cleared the Senate Executive Committee on Thursday night by a vote of 11-6 along party lines, setting it up for a potential vote during the current lame-duck session, which ends Tuesday.

Republican Sens. Craig Wilcox, R-McHenry, and Dan McConchie, R-Hawthorn Woods, characterized the bill as forcing districts to adopt state standards after many districts statewide already had opted out. McConchie is on the executive committee. 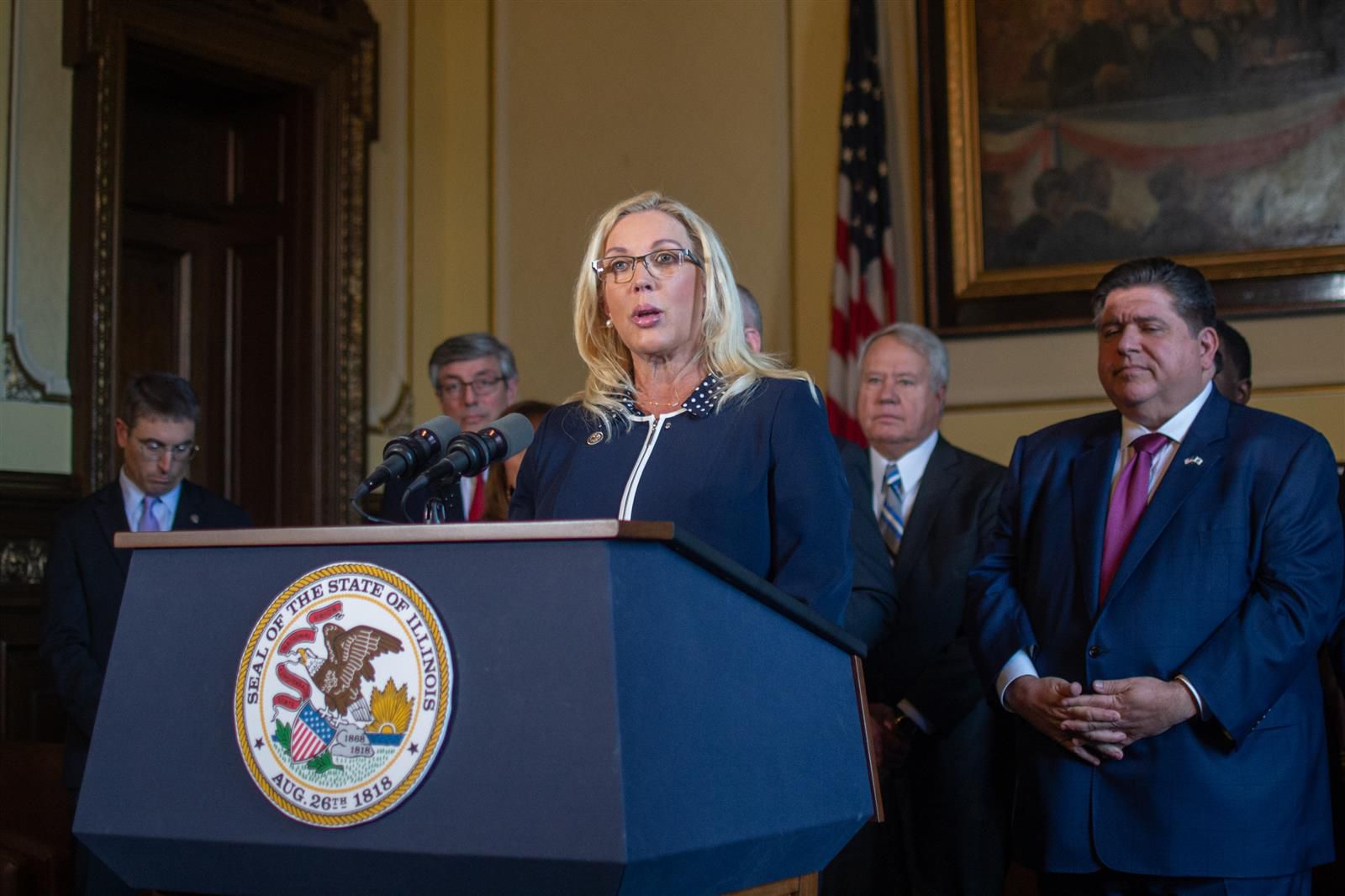 State Sen. Sue Rezin, R-Morris, voted against the bill in committee and encouraged parents to call their lawmakers and voice their opinions.

“There had been little to no warning that this bill would be coming, but it was assigned to the Senate Executive Committee shortly after it was officially made public,” Rezin said. “It appears that they didn’t like the fact that nearly 70% of school districts opted out of their curriculum, so now they are taking away your local school board’s control.”

Wilcox said he was in contact with school boards in his district, although for the time being, his office was being “bombarded” with calls about a recent bill that would ban assault weapons.

McConchie echoed Wilcox’s concerns and said for an issue as controversial as sex education, school districts and parents should be given more leeway to determine what is right for their children.

“The idea that you would strip away local control for this is appalling,” McConchie said. “We are seeing one particular agenda being pushed down parents’ throats.”

Lawmakers weren’t the only ones reacting to the proposed bill.

Superintendents from Ogle County school districts issued a joint release to parents that said they had reached out to state lawmakers and said they were opposed to the bill for the same reasons they opted not to adopt the new standards. In the news release, the superintendents encouraged parents to direct their opinions about the legislation to their statehouse representatives.

McConchie characterized the amended bill as a “gut and replace” job that upended the original bill’s language and circumvented the normal review process.

McConchie cited the passing of the SAFE-T Act, which passed in 2021, as another lame-duck session bill he felt did not get appropriate review and subsequently led to controversy.

That law has gone through revisions over the past two years, and the portion of the act that would eliminate cash bail is awaiting a ruling by the Illinois Supreme Court after a Kankakee County judge declared it unconstitutional.

“This is why I don’t like lame-duck sessions,” McConchie said. “You get the SAFE-T Act at 4:30 in the morning without appropriate review.”

State Sen. Don DeWitte, R-St. Charles, said in a statement that he had “no indication” that the bill was coming and called it a “disgusting partisan powerplay.”

He said “an overwhelming number” of locally elected boards opted out of the curriculum, adding, “One would think that would send a message to lawmakers that they were overreaching and pushing an inappropriate agenda on schoolchildren.”

On the other side of the aisle, state Rep. Suzanne Ness, D-Crystal Lake, said she had not heard about any formal discussion to move on the bill, but she understood concerns and wanted to make sure districts still could manage on their own how to navigate requirements.

“I support the basic premise of the bill,” Ness said, “but at the moment, this is not something I would personally want to take on and vote for.”

Wilcox also said that he heard from Democratic colleagues that they had concerns about the timing and process of House Bill 5188, although nothing about the mandate itself.

Ness added that she feels it is important that some form of sex education be taught in schools, citing a recent uptick in teen suicides as a reason to address the issue.

“Young people need safe spaces to learn about these issues,” Ness said. “Right now, they’re all Googling these topics unless we take away their phones. But a lot of what they’re learning is not correct. As a parent, that bothers me.”

The information web page on School Wellness and Sexual Health at the Illinois State Board of Education website. (Troy Taylor/Sauk Valley)