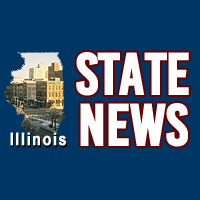 Springfield, IL-(Vandalia Radio)- The state is getting a few new designations in 2023.

State Senator Dale Fowler sponsored a bill back in the spring, saying the name came from a very old belief the snakes could milk cows.

Additionally, the Official State Theater will now be the “Theater in the Park” at Lincoln’s New Salem Historic Site and August 1st is dedicated as Sweet Corn Appreciation Day in Illinois.