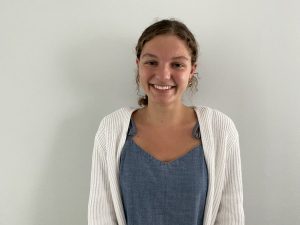 Frances Orenic has joined the Illinois AFL-CIO as Coalitions Director, working primarily on political and legislative initiatives as well as special projects.

“The Illinois AFL-CIO is thrilled to have Frances joining our team,” remarked President Tim Drea. “Frances has been steeped in the labor movement from a young age and understands the diverse needs of working families fighting for equitable wages, safety conditions and the ability to bargain. We are confident that Frances will bring a unique perspective to the table and ensure that we are building coalitions to advance the needs of working Illinoisans.”

Before joining the Illinois AFL-CIO, Frances worked as Coalition Director for the Vote Yes for Workers’ Rights campaign helping to pass the Illinois Workers’ Rights Amendment. Previously, she was an organizer for Chicago Jobs with Justice while completing her WILL (Women Innovating Labor Leadership) Empower Apprenticeship through Georgetown University and Rutgers University.

Frances’ engagement with the labor movement began at the age of fifteen when she became involved with the DePaul University Labor Education Center and the University of Illinois Labor Education Program. Frances graduated with a B.A. with Honors from Xavier University in Cincinnati, Ohio where she studied Philosophy, Politics, and the Public and History. Frances worked in campaign politics in Cincinnati before moving to Chicago.

The Illinois AFL-CIO is comprised of over 1500 affiliated unions representing nearly 900,000 workers in Illinois. Union members and their families can be found in nearly every community from Antioch on the Wisconsin border to Cairo at the confluence of the Ohio and Mississippi Rivers and from Danville on the Indiana border to Quincy on the Missouri border. For more information, see www.ilafl-cio.org or follow us on Facebook and Twitter for real-time updates.