CHICAGO — One of the most in-demand calendars of 2023 can’t be found at the mall, or even online.

On each page, she strikes two poses in a signature jacket, showing off her colorful clothing and personality.

“Look at these tigers and skulls and hearts and pearls and lace,” Pappas said of her jackets. “Someone on a plane recently asked me if I was a rock star. So we got them some calendars.”

Pappas owns “at least 60” unique jackets, most peeled off the sales rack at kids clothing store Lola and the Boys in Water Tower Place, she said.

Pappas’ favorite month: November, “because my jacket says ‘Back Off,’ and nobody in politics wants to take me on,” Pappas said.

“I’m at a point in life where I don’t care what other people think,” Pappas said. “I’m a 74-year-old gray-haired grandmother, and I’m going to have a good time. I’m not asking you to take my calendar. You’re asking me for it.” 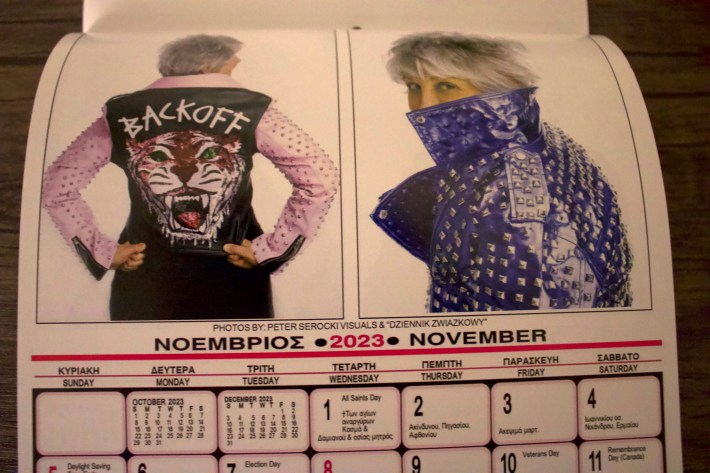 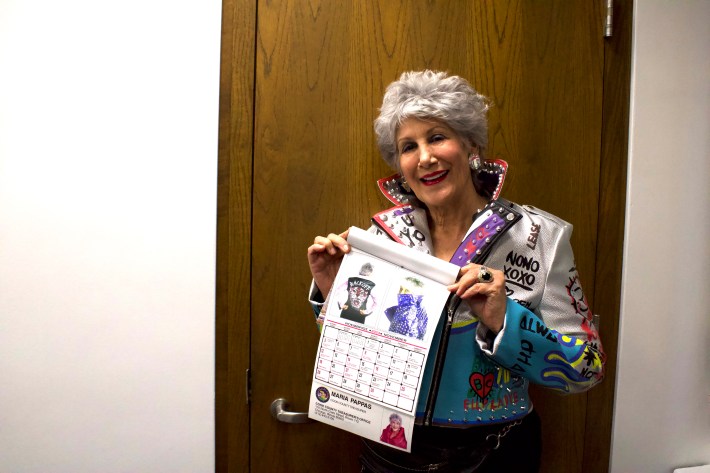 Pappas, whose Greek heritage is also celebrated in the calendar, got the idea for the calendar after being named the Polish Daily News’ Person of the Year in 2021.

“The photographer asked if he could take my picture on the rooftop of City Hall. And I said ‘Peter, we’re going to do this my way, and it’s going to be me,’” Pappas said.

Pappas picked 12 jackets to wear for the photoshoot — which ended up translating perfectly into photos that she used to put out her first calendar.

Pappas had a friend print that first batch of calendars, “which Greeks love,” she said. She mailed them to friends, family and political allies.

The gesture was “uniquely passionate and funny,” Pappas said, and paid for by the Committee To Elect Maria Pappas — not public funds.

The free calendars are fitting for Pappas, who once gave out free Maria Pappas bags after the city put a 7-cent fee on plastic bags at stores. She also passed out bars of soap, saying “clean up county government,” when she first ran for office, she said. 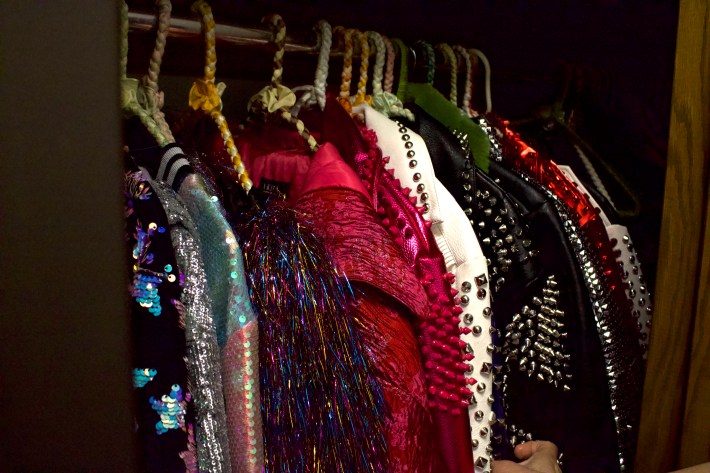 “The first calendars were all gone in less than a month,” Pappas said. “People loved it because it’s so out of character for someone in politics. Nobody would dare do this.”

It’ll be tough for most Chicagoans to get their hands on a calendar this year — only 2,000 are printed.

“I’m giving them to people that are in my life on a daily basis. Everyone at Starbucks has one. Everyone at the Ritz-Carlton, the health club, the waiters, City Hall, the doorman,” Pappas said. “People are coming up to me and shouting ‘Where’s my calendar?’” 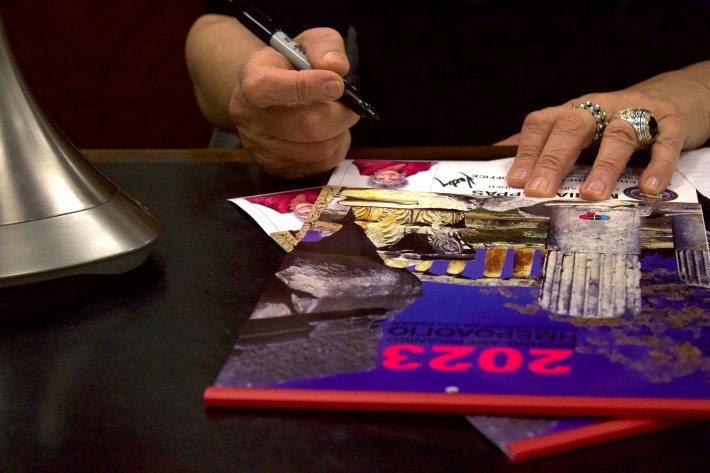 Credit: Mack Liederman/Block Club ChicagoPappas signs a calendar for one of her staffers.