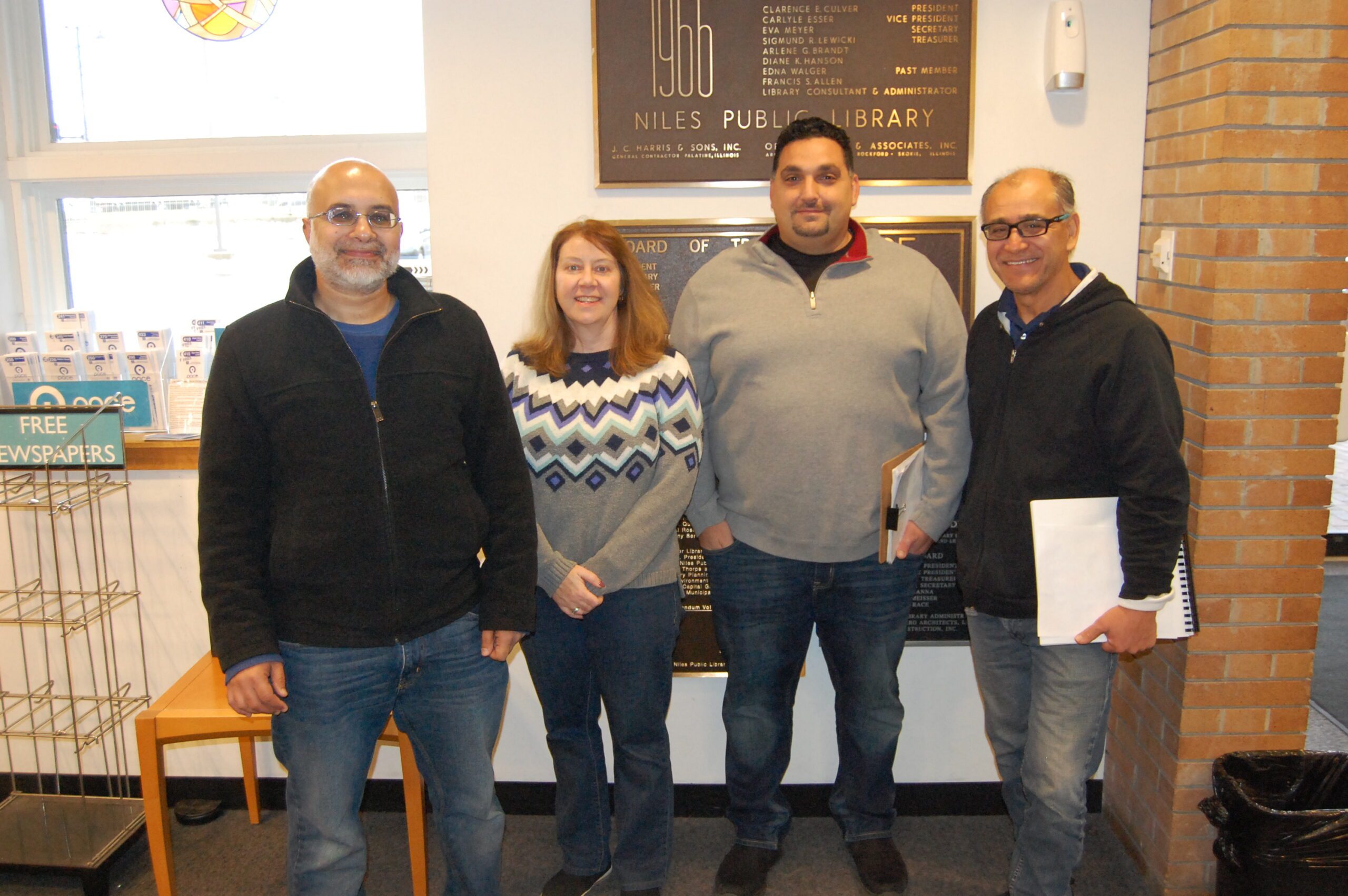 Umair Qadeer (far left) with other candidates under the moniker “Reclaim Our Library” (from left) Becky Keane, Jason Trunco and Roberto Botello, running together for Niles-Maine District Library at the library on the first day of candidate filing to run for library board on Monday, Dec. 12. (Tom Robb/Journal photo)

A spokesman for White said Umair Qadeer of unincorporated Maine Township remains White’s choice for appointment to the Niles-Maine District Library board.

“I’m waiting to hear from the secretary of state’s office on next steps,” Qadeer told the Journal Thursday. Qadeer filed petitions to run for a seat on the library board in the Tuesday, April 4, 2023 election, just before 10 a.m. Thursday, Dec. 15, with 156 signatures.

The next Niles-Maine District Library Board of Trustees meeting takes place Wednesday, Dec. 21. White’s spokesman Dave Drucker said Thursday the appointment and swearing-in of Qadeer would happen soon but did not have an exact date, and could not say whether Qadeer’s swearing-in would take place at the Dec. 21 meeting.

The legislation, authored by State Sen. Laura Murphy (D-28th), was passed through the Illinois General Assembly and signed by the governor in the spring. White later named Qadeer to fill a vacant Niles-Maine library trustee seat.

Qadeer was set to be sworn in at the library’s September meeting but a court injunction granted earlier that day challenging the law on retroactive grounds was granted, filed by Niles-Maine District Library Trustee Joe Makula.

The law passed last spring said the Illinois secretary of state had 60 days to fill vacancies on library district boards after an unfilled vacancy existed for 90 days. If the seat were not filled by the secretary of state within that 60-day period, the vacancy would be filled during the next regularly scheduled election.

Makula’s challenge claimed the vacancy left by former Library Trustee Olivia Hanusiak in August 2021 should have been filled by White in February, before Murphy filed her bill.

After the injunction was granted, Murphy submitted what is called a trailer bill in the Illinois General Assembly’s fall veto session to “fix” issues with the bill signed into law in the spring. 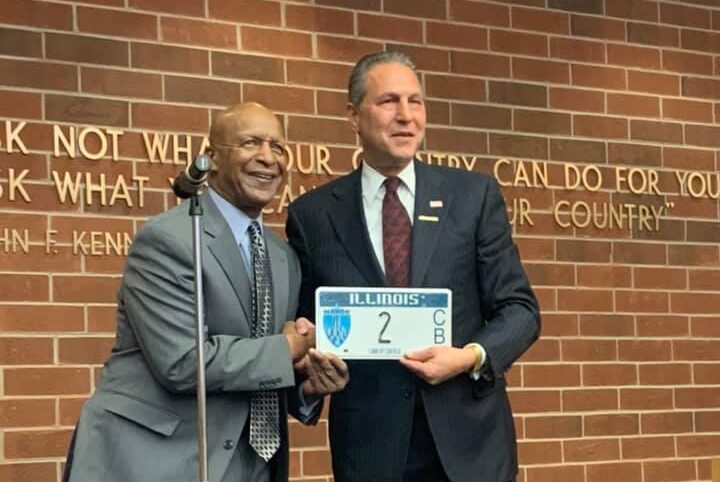 “I’m glad the governor moved so quickly to sign this legislation to stop the issues, so the library can get back to running a community library,” Murphy said.

Library Trustee Becky Keane, who also saw a lawsuit filed by Makula challenging the validity of her 2021 appointment to the library board dismissed Tuesday, Dec. 13, issued the following statement: “My (lawsuit) win, coupled with Gov. Pritzker signing the bill to seat Umair Qadeer, are a great match and add to the joy of the season. I’m looking forward to working on board with seven trustees and repairing some of the damage done.”