Developers are expected to break ground next month on a $60 million senior housing development on an 11-acre vacant parcel adjoining Oswego Village Hall at the northwest corner of Route 31 and West Washington Street.

The 142-unit development will include independent living townhomes and assisted living and memory care units, allowing residents to transition as their needs change.

The property is owned by Integrated Development Group (IDG) Oswego, managed by Frontier Management, and will be built by Conlon Construction. IDG specializes in senior housing and has built similar developments all over the U.S.

Mulligan said Frontier Management, of Portland, Oregon, is one of the largest senior housing operators in the country and has been a part of the Chicago market for many years,

Mulligan said while Conlon Construction is headquartered out of Dubuque, Iowa and has built all over the U.S., all of their sub-contractors are based out of Oswego and the Chicagoland area.

The project was originally proposed by Montgomery Senior Living LLC, with concept plans first approved by the village board in September of 2020. The developers were granted final approval in 2021, but sold the property to IDG Oswego later that year.

Village board members approved a redevelopment agreement between the Village of Oswego and IDG Oswego LLC at a Nov. 1 meeting to allow IDG Oswego to continue with construction where Montgomery Senior Living LLC left off.

After purchasing the land, IDG Oswego worked with the previous developer to maintain the vision that was presented to the village, keeping the same architect and engineers.

IDG Oswego then partnered with Frontier Management and began putting finances together, reaching out to banks and investors.

Mulligan said developers are looking to close on the construction financing this month and are planning to break ground in December. He said the first couple months will be spent on dirt and utility work, and he expects vertical construction to begin in spring of 2023.

The development’s 142 units will include 47 independent living townhomes and a three-story main building with 66 assisted living units and 29 memory care units. 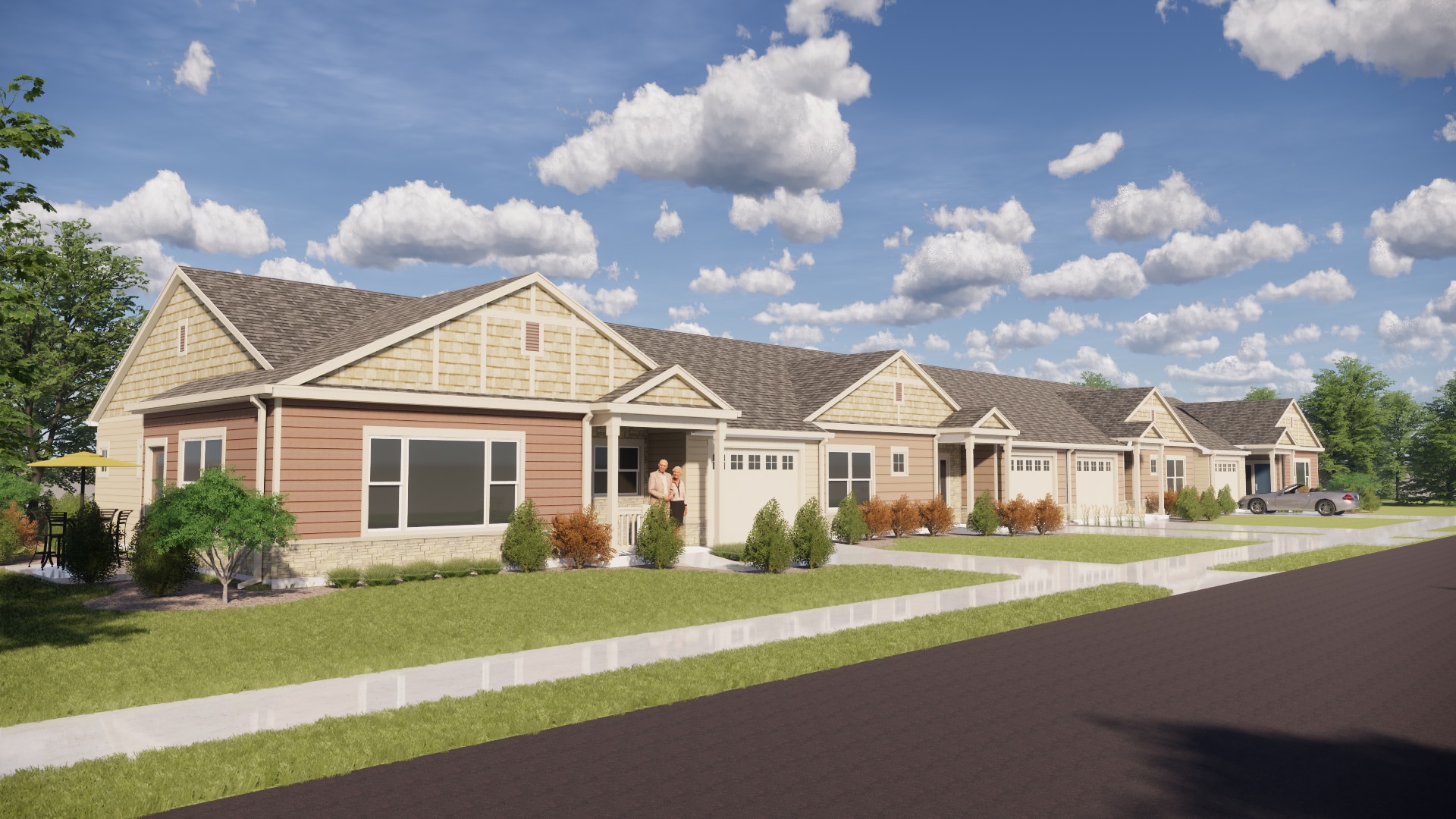 Architect’s rendering of the independent living townhomes to be built on an 11 acre parcel at the northwest corner of Route 31 and West Washington Street adjoining Village Hall in Oswego. (Photo Provided by Conlon Construction/)

The main building will have three-story wings facing the Village Green and Village Hall, and a two-story wing extending toward the west.

The first floor will contain a 29-unit, 32-bed memory care facility, while a mix of 66 studio, one- and two-bedroom assisted living units will occupy the second and third floors of the building.

The independent-living portion of the community will be situated west of the main building, and will include 15 two-bedroom townhouses grouped into four-unit clusters, and 31 two-bedroom patio homes, grouped into a series of duplex, triplex and quadplex structures.

Mulligan said the total development cost is about $60 million.

According to a memo submitted by Rod Zenner, the village’s development services director, the development is expected to generate in excess of $500,000 in annual TIF increment through 2040, and IDG Oswego will pay approximately $440,000 in development impact fees to the village.

Construction will start with the main building’s memory care and assisted living units, with the townhomes simultaneously being constructed in three phases of 15 to 20 townhomes at a time. 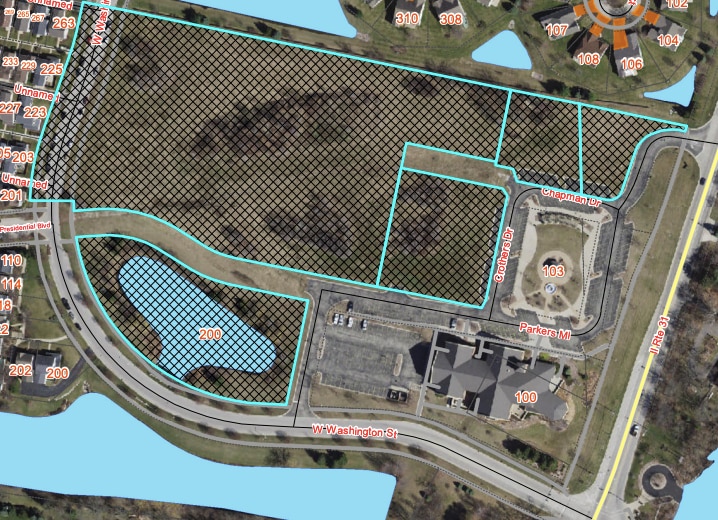 Site map for the senior living development to be built at the northwest corner of Route 31 and West Washington Street adjoining Village Hall in Oswego. (Photo Provided by the Village of Oswego/)

Mulligan said the growth of Oswego has created a need for transitional senior housing, and the goal is to get assisted living and memory care dwellings to the Oswego market as fast as possible.

“It’s a way for families in the community to have a service like this close by, so they don’t have to travel to get the service they need,” Mulligan said. “It keeps families pretty well connected.”

The entire project is expected to take 18 months to construct, but Mulligan expects the memory care and assisted living units to be completed and inhabited before the rest of the build is complete.

Mulligan said if all goes well, the first residents will move into assisted living and memory care units by Spring of 2024, and all construction will be completed that summer.

Mulligan said they wanted an active site and they feel they have the best spot in town, as the location is close to downtown, walking paths, the library and coffee shops.

Mulligan said Frontier Management is highly engaged in local communities, and will look to hire from within Oswego.

“This is going to be bringing jobs to the market,” Mulligan said.