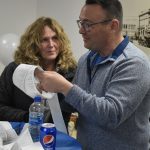 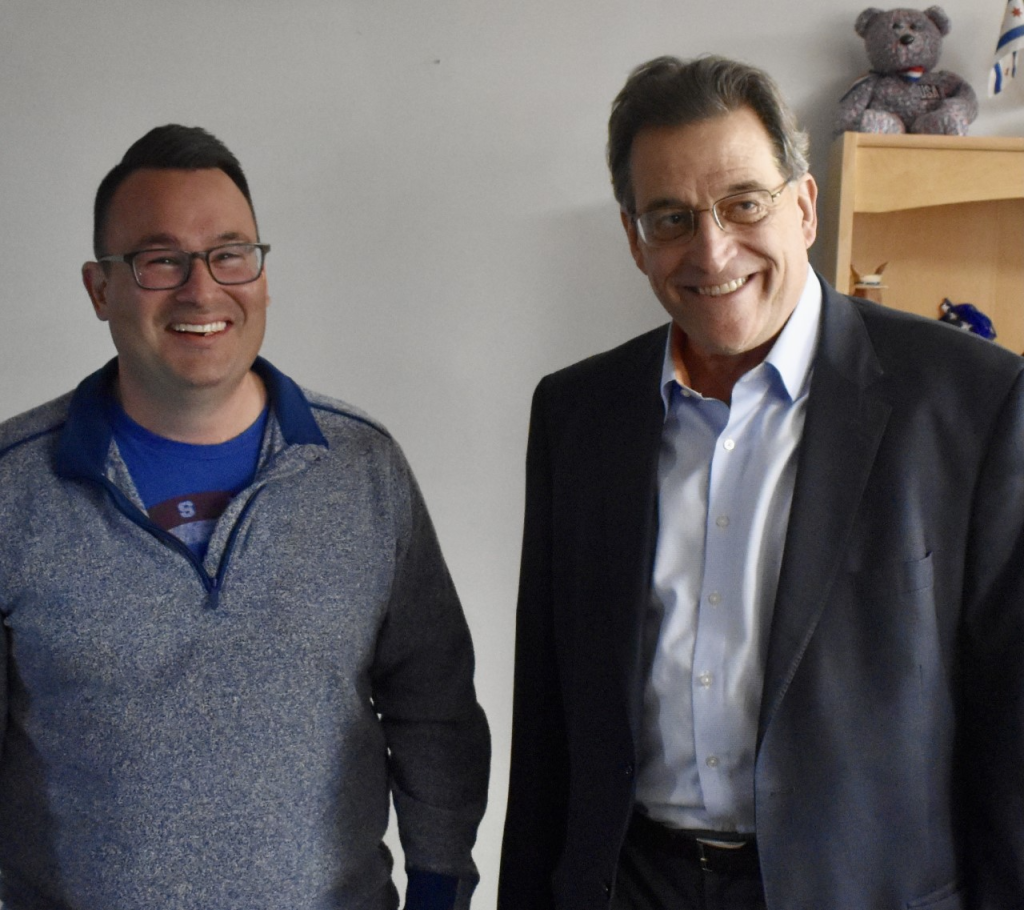 Mike Porfirio is all smiles after winning election to replace Steve Landek as state Senator in the 11th District. Landek decided to not seek re-election.

Michael Porfirio, who has a long history of public service, added a new job title to his resume on Election Day: State Senator.

Porfirio, 40, of La Grange, rolled past Republican candidate Thomas “Mac” McGill on Nov. 8 to win in the 11th Senate District.

Porfirio will replace Sen. Steve Landek, the mayor of Bridgeview, who decided earlier this year to not seek re-election.

Around 9 p.m. Tuesday, the newly-elected senator worked his way around the headquarters of the Lyons Township Democratic Organization, 7674 W. 63rd St., Summit, thanking about 50 supporters.

Porfirio declined comment after a victory lap that included smiles, hugs, handshakes and a champagne toast.

However, three elected officials spoke in glowing terms about Porfirio, who is no stranger to local politics.

He currently is a Township of Lyons trustee, formerly served as the township clerk and was on the Bedford Park Park District.

He is chairman of the Justice-Willow Springs Water Commission.

A graduate of the U.S. Naval Academy at Annapolis, he spent six years in active duty and continues to serve in the Navy Reserve with the rank of commander.

He worked as Bridgeview’s public works director, and was Landek’s chief of staff.

“It was a clear vote by the voters that they wanted to elect a great military man, a public servant in Mike Porfirio,” Landek said. “I think he’s going to do a great job serving the people of the district the next four years.”

Porfirio also was the village administrator in Summit for two and one-half years when former trustee Sergio Rodriguez was new to the mayor’s job.

“I have confidence in his ability to lead the district in the right direction, being out there helping the people. (He has) a common-sense approach to how he approaches things,” Rodriguez said.

He and his brother Ken Getty Jr., were kept busy poring over results from various precincts.

“We’re very happy with the results. Everybody did well. All of our candidates carried, so It’s a good day,” Christopher Getty said.

He is confident Porfirio “will do a great job in Springfield.”

“He’s very detail oriented. He cares about his neighbors and the working people,” Getty said. “He’s not afraid to work, roll up his sleeves.”