Voters eagerly woke up Wednesday morning wondering if the very first question on their ballot, an amendment to the state’s constitution known as Amendment 1, or the Workers’ Rights Amendment, had passed.

The proposed amendment would essentially codify in the Illinois Constitution the right for employees to organize and bargain collectively over topics like “negotiating wages, hours, and working conditions, and to protect their economic welfare and safety at work.”

A “yes” vote on Amendment 1 would also ban Illinois from passing any “right-to-work” laws, which state that employees cannot be forced to join a union or pay dues to a union.

The reason for the delayed answer on its passage is likely because its passage requires a different set of standards.

Here’s what it is an how it can be passed.

What is the Workers’ Rights Amendment?

The synopsis of the bill, as crafted by the General Assembly, reads:

“(The bill) Proposes to amend the Bill of Rights Article of the Illinois Constitution. Provides that employees shall have the fundamental right to organize and to bargain collectively through representatives of their own choosing for the purpose of negotiating wages, hours, and working conditions, and to protect their economic welfare and safety at work. Provides that no law shall be passed that interferes with, negates, or diminishes the right of employees to organize and bargain collectively over their wages, hours, and other terms and conditions of employment and work place safety, including any law or ordinance that prohibits the execution or application of agreements between employers and labor organizations that represent employees requiring membership in an organization as a condition of employment. Provides that these provisions are controlling over home rule powers.”

The amendment would specifically amend Article 1 of the state’s constitution, referred to in the synposis as the state’s “Bill of Rights.” That article essentially mirrors the Bill of Rights in the U.S. Constitution, while also providing protections in other areas as well, including prohibiting discrimination based on sex and discrimination based on physical or mental handicaps.

The amendment would also amend Article 7, which sets guidelines for powers given to local governments under “home rule” provisions in the constitution.

What Will It Take for Amendment 1 to Pass?

There are two ways that Amendment 1 can become law in the state.

The first is if it receives three-fifths support from those who cast votes specifically on the amendment. If 1,000,000 residents vote, but only 500,000 cast ballots on the amendment, then it would need 300,000 votes to pass.

Essentially, under the Illinois Constitution, an amendment can pass if 60% of the voters who cast ballots on that specific issue vote in favor of the measure.

For example, in 2020, Illinois voters faced a question of whether they wanted the state to switch to a graduated income tax, which would assess different levels of income tax levies depending on the income of the filer.

A total of 5,742,901 voters voted on the amendment, with just over three million voting against it. That made up 53.27% of respondents, defeating the measure by a wide margin.

The other way involves the overall number of votes cast in the election. If 1,000,000 voters cast ballots, and all make choices on the amendment, then the measure would need a simple majority to pass and become law.

This is slightly more complicated, but we’ll turn to 2020 for help again. In all, 6,098,729 ballots were cast in the 2020 election, meaning that just under 6% of voters did not cast votes on the amendment.

To calculate this figure, you can take the number of votes cast in favor of the amendment, which in 2020 amounted to 2,683,490, and divide it by the number of total ballots cast. In doing that, you find that 44% of ballots contained affirmative votes for the amendment, meaning that it failed to pass by that measure as well.

Groups both in favor of and in opposition to the passage have declared victories and urged caution in the hours since the polls closed.

“Based on the current vote count and our campaign’s internal data, it is clear that the Workers’ Rights Amendment will pass,” Samantha McClain, director for the Vote Yes for Workers’ Rights campaign. “We firmly believe that after every vote is counted, the amendment will be approved by an overwhelming majority of Illinois voters.”

Meanwhile, Matt Paprocki, president of the Illinois Policy Institute, said in a statement the vote is “too close to call.”

“Government union bosses and special interest lobbyists spent more than $15 million to spread a disingenuous message that Amendment 1 was about improving ‘workers’ rights’ without any added costs to taxpayers. They tried to sneak a hidden tax hike by voters,” his statement read. “The fact that the vote is too close to call right now speaks to Illinoisans’ distrust in enshrining costly new provisions into the constitution that could handcuff them for years to come.”

What Changes if Amendment 1 Passes?

For all intents and purposes, the amendment will codify the right of workers to unionize into the state’s constitution.

It would also prohibit state government from passing “right-to-work” laws, which are currently in effect in at least 27 U.S. states.

According to Cornell Law, “a state that has a law prohibiting union security agreements is a so-called ‘Right to Work’ state.”

Illinois has a long history of labor organizing with effects that reverberate nationwide, dating back to the 19th century Haymarket Affair and Pullman strike, both in Chicago. And as some states across the U.S. have passed right-to-work laws in recent years – prohibiting union membership or dues payment as a condition of employment – Illinois has again played a central role in that national conversation. Read more about the history of the proposed amendment here.

Amendment 1 would specifically add this language to Article I of the state constitution:

A – Employees shall have the fundamental right to organize and to bargain collectively through representatives of their own choosing for the purposes of negotiating wages, hours and working conditions, and to protect their economic welfare and safety at work. No law shall be passed that interferes with, negates or diminishes the right of employees to organize and bargain collectively over their wages, hours, and other terms and conditions of employment and to workplace safety, including any law or ordinance that prohibits the execution or application of agreements between employers and labor organizations that represent employees requiring membership in an organization as a condition of employment.

B – The provisions of this Section are controlling over those of Section 6 of Article VII.

How Will the Amendment Process Work?

The General Assembly passed the amendment in 2021, setting the stage for it to appear on the ballot in November 2022.

If voters pass the amendment, then it will become law quickly. Under the Illinois Constitution, the measure must be certified and declared adopted by the State Board of Elections within 20 days of the election.

Who Supported the Measure?

Labor groups representing both public and private workers have largely supported the measure, including the Chicago Teachers’ Union, the Illinois chapter of the AFL-CIO and the SEIU.

Illinois Democrats, including Gov. J.B. Pritzker, have also expressed support for the amendment.

Joe Bowen, part of the “Vote Yes for Worker Rights” group that’s helping spearhead the push in favor of the amendment, told NBC Chicago that enshrining worker protections in the state constitution is critical due to attacks on those rights at both the state and national level.

“There’s never been a more important time for us to guarantee these projections in the Illinois constitution, because when you look at what’s happening nationally, our rights are under attack,” he said.

Bowen argues that the measure would add additional protections for employees in both the private and public sectors, and would ultimately result in better working conditions and better wages.

“Workers’ rights will put more money in the pockets of working Illinoisans, which will help those families and the communities where they live in,” he said.

Bowen says that the push by former Illinois Gov. Bruce Rauner to curtail the power of public unions serves as a reminder of why it’s critical to further bolster worker protections.

“It will also protect them from anti-worker politicians who would take those rights away in the future, and we’ve seen those anti-worker attacks in Illinois and at the national level,” he said. 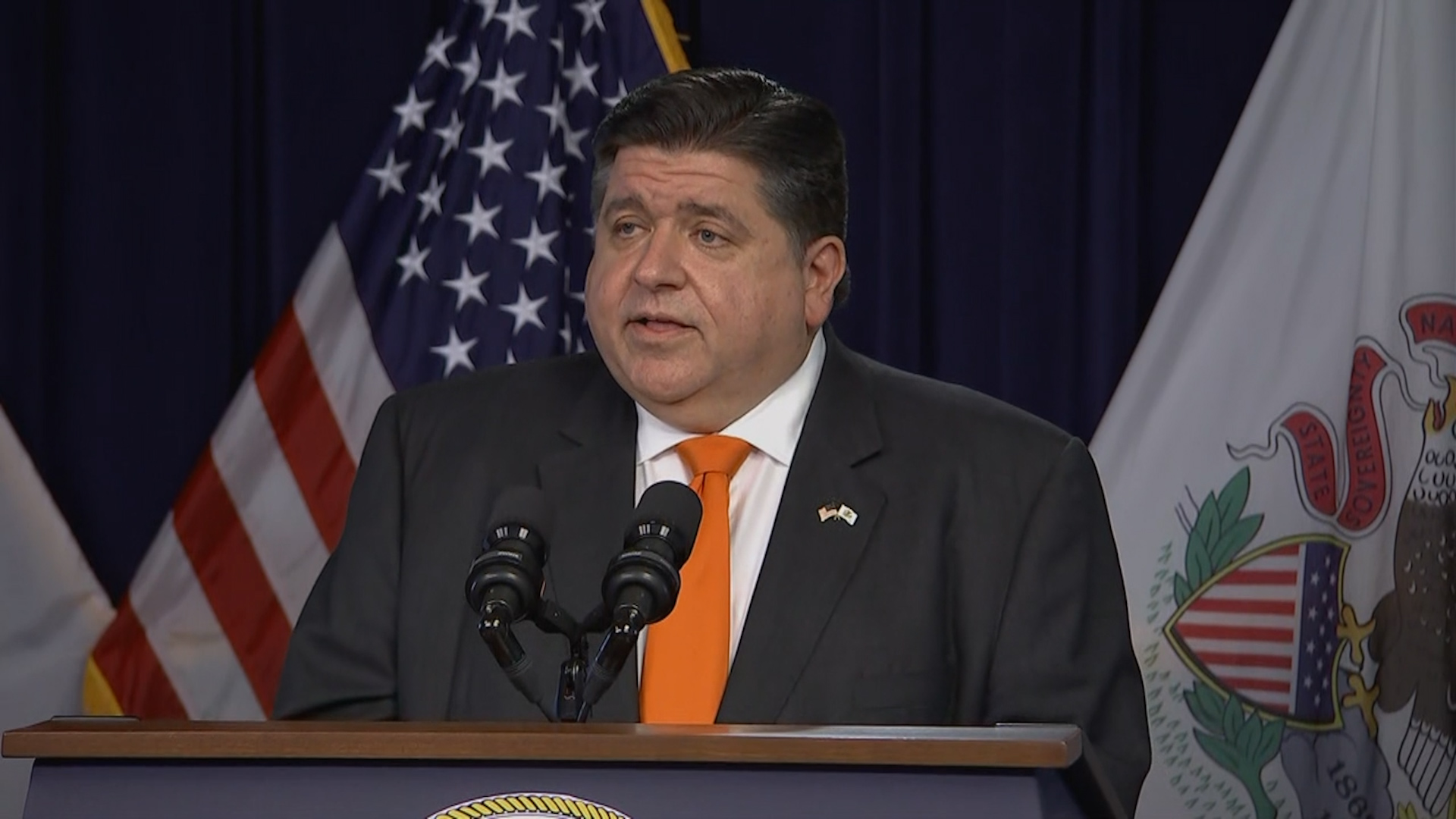 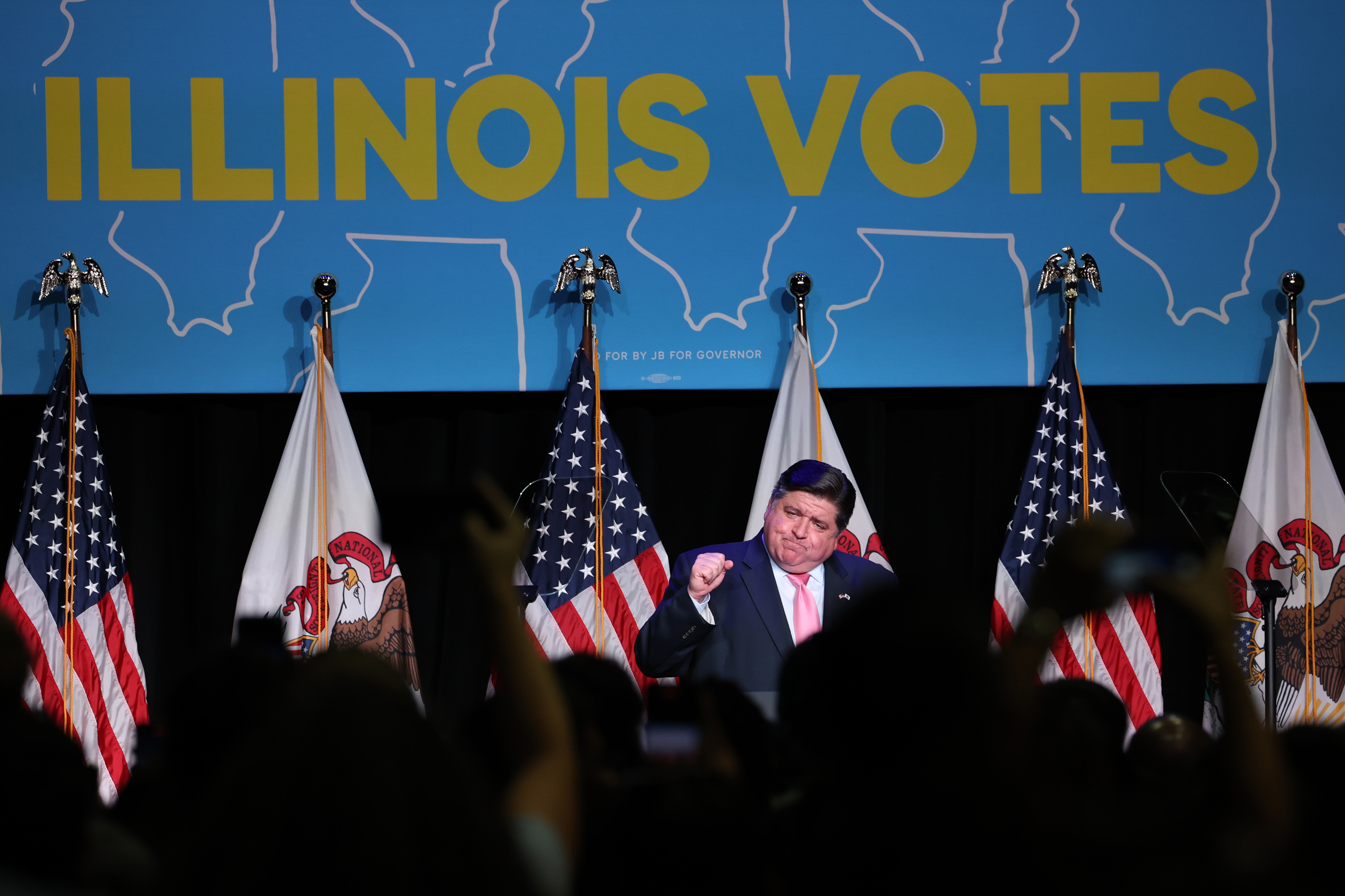 
Illinois Election Results: Who Won, and Which Races Still Haven’t Been Called

Who Opposed the Measure?

Business groups, including the Chamber of Commerce and the Illinois Manufacturer’s Association, have voiced opposition to the measure, as has the Illinois Republican Party as a whole, though some GOP lawmakers have expressed support for the amendment.

The Chamber of Commerce’s President and CEO Todd Maisch argues that the measure would invest more political power into union leadership, and wouldn’t allow for the gains in income and job security that the amendment’s proponents have promised for workers.

The Illinois Policy Institute also argues that by giving more power to public unions, state residents would be impacted with higher property tax bills because of the extra advantages the amendment could potentially convey to unions in collective bargaining discussions.

Research conducted by the IPI argues that property tax bills could increase by a collective $2,100 over the next four years, though property tax rates have steadily increased in recent years, according to US Census Bureau data.

WirePoint’s Ted Dabrowski is part of a movement opposing the amendment, saying that it could potentially increase tax burdens on Illinoisans.

“The more powers you give the government unions to negotiate over taxpayers, the more it’s going to cost,” he told NBC Chicago.

It is the inability to tweak workers’ rights laws that groups like IPI and WirePoints have cited as evidence that it could lead to large salary increases for leadership in state unions, which they say would cause higher taxes and more headaches for taxpayers.

“Illinois won’t be able to become a ‘right-to-work’ state, as most of our neighboring states are, if it passes,” Dabrowski said.