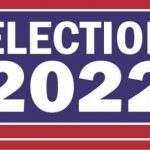 State Rep. Kelly Burke (D-36th), of Evergreen Park, is running for her seventh term in the General Assembly and has a Republican opponent for the first time since 2012.

Robbins Police Chief David Sheppard is running against her in the November 8 general election.

Both are seeking to represent the 36th District, which stretches roughly from Ashland Avenue in Chicago, west to Will-Cook Road, meandering from 83rd Street to 123rd Street. In addition to parts of Beverly and other Chicago neighborhoods, the boundaries encompass all or parts of Evergreen Park, Oak Lawn, Chicago Ridge, Worth, Palos Hills, Palos Park and Willow Springs. 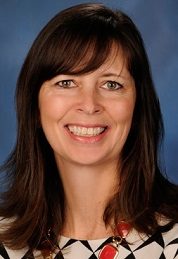 In addition to being a state representative for 12 years, Burke has been mayor of Evergreen Park since being elected in May 2021. Previously, she was a trustee in the village she has lived in for 27 years, and a member and president of the local library board. She also was an attorney with the Evergreen Park-based firm of Odelson & Sterk. Burke earned a bachelor of arts degree from the University of Illinois at Urbana-Champaign and a law degree from the John Marshall Law School.

Sheppard, a Navy veteran, also lives in Evergreen Park. He has been police chief of the village of Robbins since October 2021. He previously had been a detective with the Merrionette Park Police Department for two years, and an investigator with the Cook County Sheriff’s Department from 1995 to 2021.

On his campaign website, Sheppard said he would support law enforcement and challenge politicians who “are supposed to be helping us and instead are raising our taxes and giving us needless regulations.” He pledged to stop the “endless mandates” that he claims are shutting down Illinois and causing residents to leave.

Sheppard also called himself “a strong supporter of the 2nd Amendment” who would protect rights to gun ownership.”

Both candidates have criticized parts of the controversial SAFE-T Act, particularly the elimination of cash bail in most cases, which is due to go into effect in January. Burke voted against it in 2021, and has said some changes could be made. She and Sheppard said some parts of it are good, including the requirement that all police departments use body cameras by 2025. 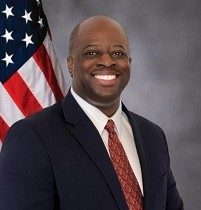 Burke, the assistant majority leader in the House, said improving the economic situation for everyone is her goal in Springfield. In her campaign literature, she points to her votes to eliminate the grocery tax, suspend the gas tax and get more property tax rebates for residents.

She also said she supports the Rebuild Illinois program to invest $20 million infrastructure improvements in the 36th District and much more statewide.

Other priorities she listed include expansion of job training, and cracking down on
“corporate price-gouging.

Burke also has pointed out that the financial situation in Illinois has improved considerably in recent years, going from a $16 billion deficit in the general fund in 2017, to a budget surplus in 2021.