OAK BROOK, Ill. (CBS) — We are in the final stretch of the 2022 midterm elections – and all of a sudden, Illinois has found itself in the middle of the political spotlight.

President Joe Biden arrived in Chicago Friday night. He is trying to shore up support for Democrats.

But as CBS 2’s Charlie De Mar reported, President Biden is not the only big name in town this weekend. House Republican Leader Kevin McCarthy (R-California) is also in the area – stumping for one candidate in a close Illinois congressional race while Mr. Biden stomped for the other.

The 6th District congressional race is being looked at as a potential toss-up. Maybe the only thing Democratic incumbent Sean Casten and Republican challenger Keith Pekau have in common is where they decided to host events Friday night. 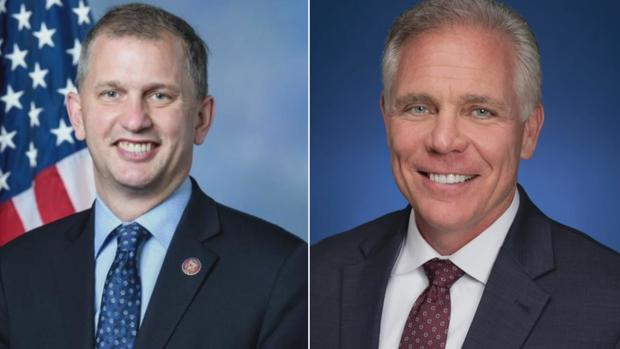 On election night, insiders say to watch the Illinois 6th Congressional District. If incumbent Democratic U.S. Rep. Sean Casten loses, it could be a sign of what’s to come the rest of the night. Provided to CBS

Casten and Pekau held their campaign events at the very same hotel – the Hyatt Lodge in Oak Brook – down the hall from one another.

"There’s a lot of places I could be with four days before the election, but I’m here because this race matters," McCarthy said. "This race is a toss-up."

If Republicans take control of the house, McCarthy could become the new speaker.

"There’s is no doubt in my mind of the difference in these two individuals, but the real reason why is because this individual can help put America on a better path," McCarthy said of Pekau.

Down the hall at the same hotel, Casten held a public town hall – where he was joined by U.S. Sen. Dick Durbin (D-Illinois).

"It’s not just a matter of Sean Casten’s future – and that means a lot to me personally – but it’s also what happens to the majority in the House," Durbin said. "If it switches and goes to the Republican side, I think a lot of things are going to happen that people would be surprised."

The 6th District was recently redrawn and now includes some of the west and southwest suburbs.

"That’s a big challenge," Durbin said. "Every 10 years, when they re-draw the maps, you get new territory and new voters – and we’re not taking it for granted."

"We had big names campaigning for my opponents in the past and we won before, but the question is if you win by convincing voters that you are doing to make their lives better," Casten said.

"I’m focused on the issues that matter for the American people," Pekau told his crowd. "Here in the 6th District- crime, inflation, and the economy."

Mr. Biden will be in Joliet on Saturday where he will talk about lowering prescription costs and protecting Social Security. Vice President Kamala Harris will be in town Sunday to try to give one last push. 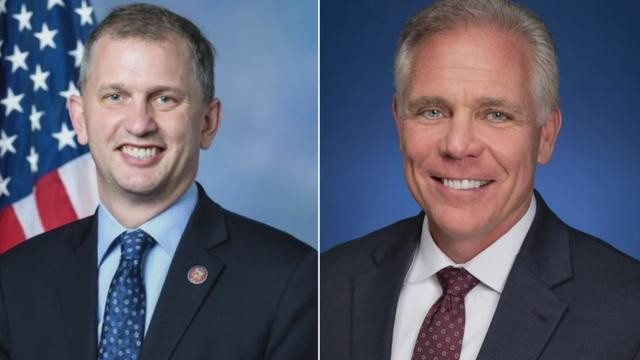