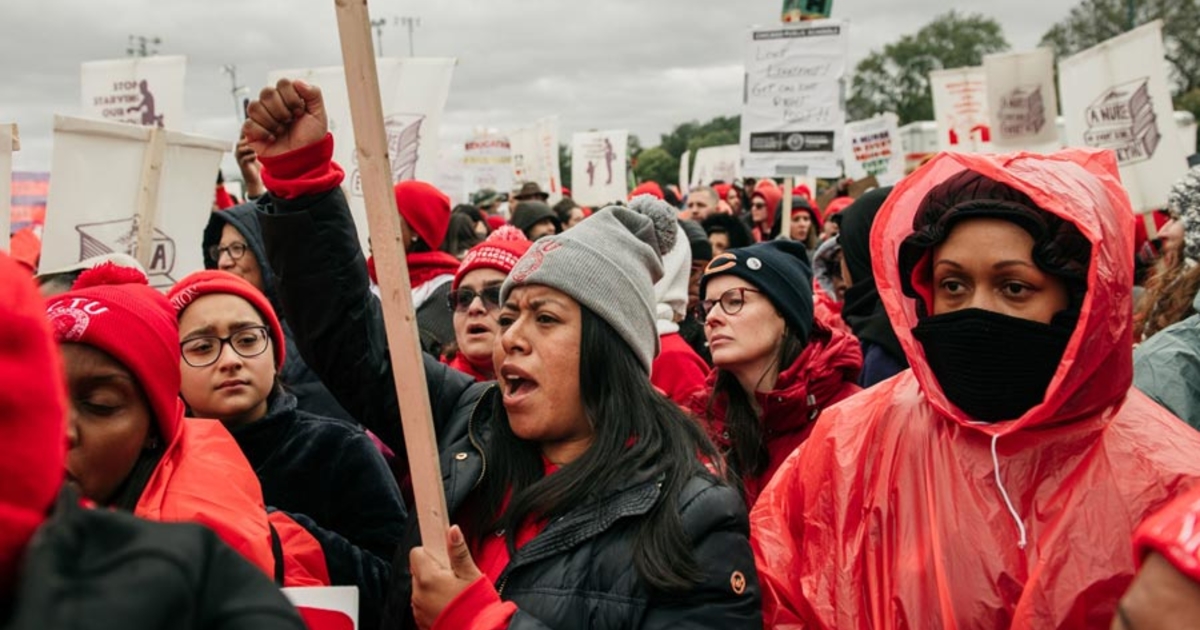 Proponents say the intent is clear: to guarantee the right to bargain as a group with employers. Opponents agree the intent is clear: in their view, to create special protections for one group that risk the state’s economy and budget. Both sides are spending millions. Who’s right?

I am beyond sympathetic with labor’s desire to protect itself while it can against the emergence of an Illinois version of Scott Walker.

You remember Walker, the take-no-prisoners former Wisconsin governor who, thanks to one election win and a gerrymandered legislative map, pretty much put labor out of business in representing state and other public-sector workers north of the Illinois border. As GOP hardliners cheered, Walker pushed through bills limiting contract negotiations over wages, banning the deduction of union dues from paychecks and requiring unions to be recertified by members as their bargaining agent every 12 months.

The result years later: Membership in Wisconsin public unions has plummeted 70%. With that big Democratic weapon hobbled—but corporations and business officials like shipping mogul Dick Uihlein still free to contribute as they want to friendly pols—a state that is pretty much evenly split politically has a House and Senate that approach two-thirds Republican.

Unions don’t want that here. Nor do they want the right-to-work laws banning union shops that have passed in Wisconsin and other states lately. So they’re pushing the proposed amendment arguing, with some facts behind them, that unionized workers are paid better and treated better than those without such representation.

But the situation here in Illinois is more complicated than that.

Part of the problem is that the “economic welfare” language is, according to some legal observers, vague and open to loose interpretation. For instance, would that language set the stage for a legal challenge to Illinois’ property tax cap laws, on the grounds that they restrict the ability of, say, local school boards to offer workers the pay hikes they deserve? Advocates say no, that other parts of the Illinois Constitution clearly leave all tax questions to lawmakers. But few thought the state’s voluntary move to pay for retirees’ health was a binding commitment—until the Illinois Supreme Court abruptly ruled a few years ago that it is.

Another argument is that the “welfare” language would allow groups such as the Chicago Teachers Union to demand more city spending on things such as affordable housing in order to prevent a strike. Amendment proponents say the “welfare” language is clearly tied to “at work.” But CTU and its attorneys have made it clear they will use every lever at their command to create a welfare state on steroids in pursuit of racial equity.

Then there’s the argument that the state’s reputation as a bad place to locate a business and create jobs doesn’t need this precedent-setting amendment.

However, my biggest concern is that advocates aren’t trying to pass a law, which can be changed next time power in Springfield changes party hands, but rather amend the Constitution, which can be altered only via a time-consuming, laborious process.

On that score, it’s worth noting that Illinois already had its version of Scott Walker. His name was Bruce Rauner. He now lives somewhere in Florida. So if labor and its friends succeeded in repelling extremism through the normal electoral process, why do they have to try to prevent a repeat by the extreme step of amending the Constitution?

That’s my thinking, folks. Sometimes, you can just go too far.