Happy Thursday, Illinois.  Carwashes are haunted, and robots deliver your food. Oh to be alive today.

Mayor Lori Lightfoot’s campaign is out with a biting attack against mayoral candidate Paul Vallas, an indication that the 2023 election to run City Hall is going to be a barnburner. The election isn’t until February.

Let’s play a game: Lightfoot’s campaign has published a microsite highlighting quotes from Vallas and Republican governor candidate Darren Bailey. The interactive site, titled “Who Said It? Vallas or Bailey,” allows visitors to guess who said what MAGA-like comment — Bailey or Vallas. The point is to show Vallas as leaning right (The mayor’s race is otherwise nonpartisan.).

Extreme comment: “Paul Vallas for years now has been an extreme, conservative Republican masquerading as a Democrat,” Lightfoot campaign spokesperson Christina Freundlich said in a statement. Vallas “walks and talks like Donald Trump,” she said.

Vallas, who hadn’t yet seen the interactive site, dismissed it, telling Playbook through a spokesman, that it’s an attempt “to distract and divide us with her name-calling.”

The mayor is out early with the sharp elbows as she tries to secure support ahead of the February municipal election. Her campaign has nearly $3 million in the bank. Vallas has $1.7 million cash on hand, including $900,000 raised in the fourth quarter.

Candidates are still gathering signatures that are due starting Nov. 21 (or can be turned in as late as Nov. 28).

At UPS, the best part-time work is a job that works for you. Learn more

WHERE THEY GO:The Tribune has logged all the places Democratic Gov. JB Pritzker and Republican challenger Darren Bailey visited from July 1 through Sept. 30.

They also visited their fair share of small towns, cities and suburbs throughout the state, according to the Tribune’s Claire Malon. Pritzker and Lt. Gov. Juliana Stratton made 105 stops in 52 Illinois cities, while Bailey and running mate Stephanie Trussell made 208 stops in 124 cities.

What the map shows: Pritzker appears to have spent more time downstate campaigning since July than Bailey, understandable since the governor would have to work hard to secure votes in the Republican territory. Also noticeable is how many visits — too numerous to count — that both candidates made in the Chicago suburbs. Both candidates know that that’s where the election will be won.

Check out the map at the bottom of the story.

On the campaign trail at 11 a.m. in Alsip where he and Lt. Gov. Juliana Stratton will be endorsed by the International Brotherhood of Electrical Workers.

In the Cook County Building at 10 a.m. to preside over a county commissioners’ meeting.

— Shadows of Trump’s false stolen election claims hang over Illinois GOP ‘election integrity’ efforts: The Illinois Republican Party and its candidate for governor, Darren Bailey, raise questions about “election integrity” among election judges and those who work at the polls. It’s part of a baseless belief that the 2020 presidential election was stolen. The Illinois State Board of Elections says there’s no widespread fraud in Illinois and the claims stating otherwise are “completely without any evidence whatsoever since the creation of the board in the 1970 constitution. There is no evidence.” Tribune’s Rick Pearson reports.

— Far-right top-20: A group of Christian activists has released a top-20 list of false prophets, “far-right leaders who abuse Jesus’ name in a corrupt effort to seize power at all costs” — and Republicans Darren Bailey, who’s running for governor, and Congresswoman Mary Miller are on the list. The group releasing the list, Faithful America, describes itself as “the largest online community of Christians putting faith into action for social justice.”

— HEY, HOMEOWNERS: People who faced financial hardship because of the Covid-19 pandemic can once again apply for up to $30,000 in mortgage relief, starting next month, the state announced Wednesday. The Illinois Housing Development Authority program, funded through the American Rescue Plan, previously opened applications for mortgage assistance in spring. More details from WGN’s Andy Koval

— Renter view: The state’s pandemic relief program for renters is not reopening its applications. Instead, the Housing Development Authority is administering an emergency rental assistance program for people facing eviction in court, an IHDA spokesperson told POLITICO’s Olivia Olander for Playbook. The older rental payment program was for people facing temporary hardship, spokesperson Amy Lee said: “Now, we’re trying to focus on those folks who have not been able to rightsize.”

— ARRIVED: Chicago welcomed 47 new migrants Tuesday, according to the Chicago Department of Family and Support Services. The city has now welcomed 3,553  asylum-seekers bused from the Texas border since Aug. 31.

— Community group at odds with shelter, city over donations for immigrants bused from Texas, by Sun-Times’ Elvia Malagón 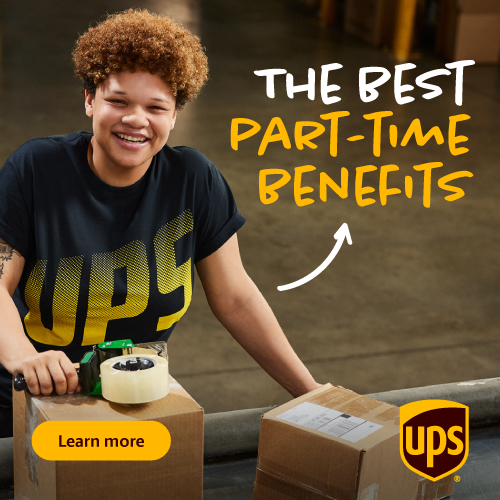 — Chicago plans to speed up vacant lot sales in bid to curb crime: “Chicago is seeking to streamline sales of thousands of vacant lots owned by the city in an effort to fight crime, increase the number of affordable homes and revitalize neglected neighborhoods,” by Bloomberg’s Mackenzie Hawkins.

— CTA’s new budget holds the line, but trouble lies ahead: “The2023 spending plan calls for no fare hikes or service cuts. After that, the Chicago Transit Authority faces stalled ridership and the end of federal Covid relief funds,” by Crain’s Greg Hinz.

— Aurora City Council could vote next week on moving Hollywood Casino out of downtown, by Beacon-News’ Steve Lord

— RELATED: What happens to downtown Aurora if casino moves out? It’s not a bad thing, some say, by Daily Herald’s Susan Sarkauskas

— How Charlie Kirk found his clique not in his suburban Chicago high school, but among elite Republican donors: “It was at Wheeling High School where Kirk began to craft a political identity, poking at liberal teachers with whom he disagreed, dismissing some as ‘post-modern neo-Marxists.’ He spoke up often in class, defending his then favorite economist Milton Friedman and promoting gun rights, once asking a teacher if guns make people violent, ‘do forks make people fat?’ During his freshman year, he was seen by at least one classmate as an eccentric loudmouth with poor social skills. A lot of people found Kirk amusing, the classmate said. ‘Here’s this crazy political guy. He’ll never get anywhere.’” By Kyle Spencer for POLITICO

— John Borovicka, a Springfield lobbyist, has been elected president of the “N Club” at Northwestern University. The club’s members are former letter-winning varsity athletes. Borovicka (Class of ’95) played baseball. His teammate was now-House Speaker Emanuel “Chris” Welch. Here they are at a 2016 event at Yankee Stadium with then-Yankee manager Joe Girardi (Class of 1986) who also played baseball at Northwestern.

We asked you’d improve your city with $1 million:

Janice Anderson of Naperville: “I would spend it on streets, sewers and safety.”

Stella Black of Chicago’s Lakeview neighborhood: “Improve sidewalks. Difficult to maneuver a grocery cart, but almost impossible for those using a walker or a wheelchair.”

Randy Bukas, city manager of Freeport: “If I had $1 million to give to my community, I would want it used on road improvements.”

Ed Epstein, an Illinois native living in Chevy Chase, Md.: “I would use it to buy basic classroom supplies so that underpaid and underappreciated teachers don’t have to spend their own money to subsidize public education.”

Milt McDougald of Springfield: “I would set up a working group to design and pilot a process of economic improvement by assisting residents to find their way to needed and worthwhile local jobs.”

Rey Nonato of Park Ridge: “Buy groceries and organize a soup kitchen to feed the homeless.

David Ormsby of Chicago: “At an average cost of $568 each, I would purchase 1,760 Free Little Library Book-Boxes to be installed throughout Chicago.”

John Straus of Evanston: “Low income housing and housing for those experiencing homelessness.”

Brent Zhorne of Galesburg: (and a Knox County Board candidate): “I’d want it used on programs to get truant kids back in school and keep them there.”

Tell us something you did in high school that shows who you are today? Email [email protected]

— Republicans who support abortion rights are fighting for their political future, by POLITICO’s Alice Miranda Ollstein

— Sorry, Ron DeSantis, you are no Donald Trump. And no offense, Kari Lake, but you aren’t either, writes POLITICO’s John F. Harris

— Judicial activists push for disclosure of clients and income of judges’ spouses, by POLITICO’s Hailey Fuchs

WEDNESDAY’s ANSWER: Congrats to Clem Balanoff and Marilynn Miller for correctly answering that a fire in the La Salle Hotel in 1946 was started when a cigarette butt was thrown down an elevator shaft, killing 16.

TODAY’s QUESTION: When did Chicago establish its first police force, and what did it do before that? Email [email protected]

Part-time workers shouldn’t have to worry about getting the hours they need.

UPS part-time union employees make an average of $18 per hour with 3.5 hours guaranteed every workday, plus low-cost healthcare with no premiums, tuition reimbursement and a pension.