Michelle Obama surprised an auditorium full of high school students Monday at Hyde Park Academy, a South Side Chicago public school across the street from the site of the Obama Presidential Center and not far from her childhood home.

As construction continued outside on the center, which is slated to open in 2025, two Hyde Park students interviewed Obama about her upbringing, her career path and how she managed to stay positive during her family’s time in the White House.

“Focus on what you can control,” Obama told the audience of several hundred students, nearly all of them African American. “All you need to do is graduate, have some common sense and be a part of something bigger than you.”

Obama, who grew up in South Shore, repeatedly told the students she was just “like you” growing up. Monday’s event is part of a partnership the foundation plans to carry on with the school. 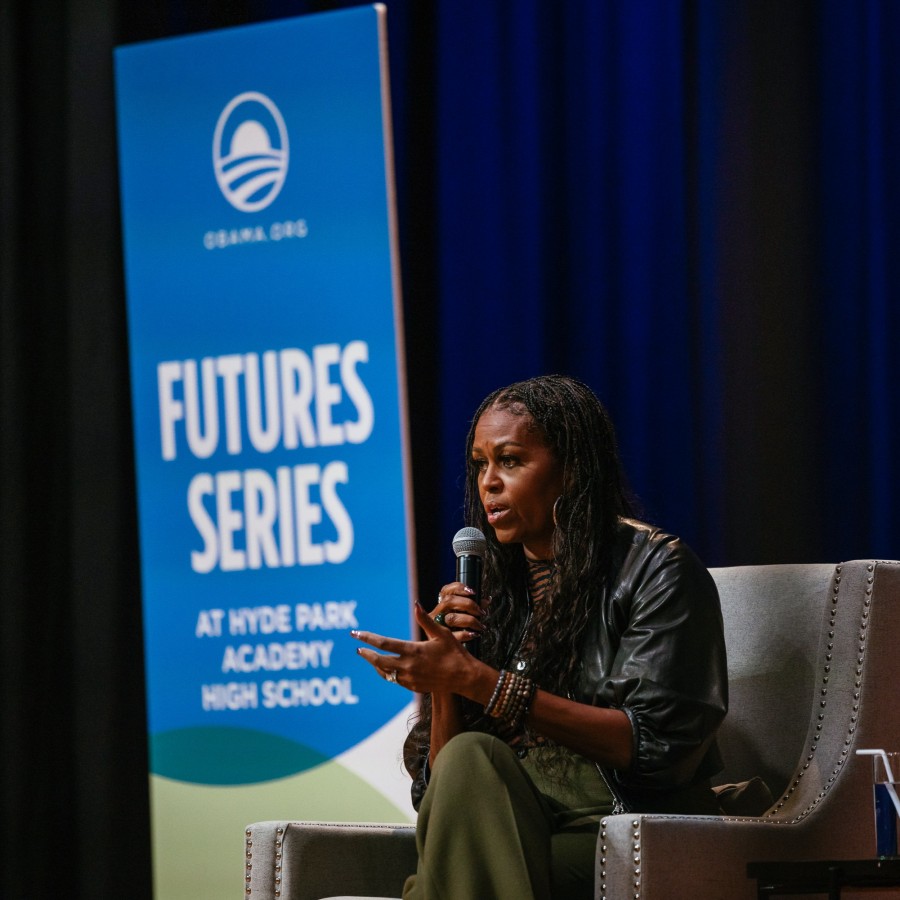 ‘What I see in you is potential,’ Michelle Obama told the students at Hyde Park High School. The Obama Foundation

Obama said she learned how to deal with rejection and racism in her early days as a student at Whitney Young Magnet High School. She said a counselor told her she wasn’t “Princeton material” after she had expressed interest in attending the Ivy League university. But she said that experience only made her work harder.

“I was you. I’m from the same neighborhood, same background, same kind of parents, same dreams, and same insecurities,” Obama said. “If I can be here, there is no reason you can’t be anything you can imagine.”

She also shared a story of ongoing racism. During a visit to Target when she was First Lady she said a person mistook her for a sales associate and asked her to reach on a high shelf for a box of Tide detergent.

“I think being Black in America is a hardship,” Obama told the students. “In addition to everything you’re walking around with … you are also carrying around the fact that the rest of the world is labeling you just by the way you look.” Obama is a graduate of Princeton and Harvard Law School. She worked in corporate law before moving into public service, citing the deaths of her father and college roommate as a “turning point” in her career. The losses made her realize that life is short and that she needed to find her purpose in life, she said.

She also made it clear that nobody makes it on their own. Obama encouraged students to build connections with family, teachers, counselors and coaches who will have their backs.

Obama’s advice? Go to class, find out what resources are available for you and have fun — but don’t get lost in the college party scene.

“I really look up to her. As a woman, she’s telling us you can do anything you put your mind to,” said freshman Jerriah Almond.

Obama also urged the students to get involved politically so they can help tackle climate change as well as issues related to the criminal justice system and challenges affecting their neighborhoods. She said some candidates running for office count on them not paying attention.

“They have an agenda that has nothing to do with you,” she said. “They are about to build a country that X’s you out of it because they don’t even know you all exist. So you guys have to be awake.” 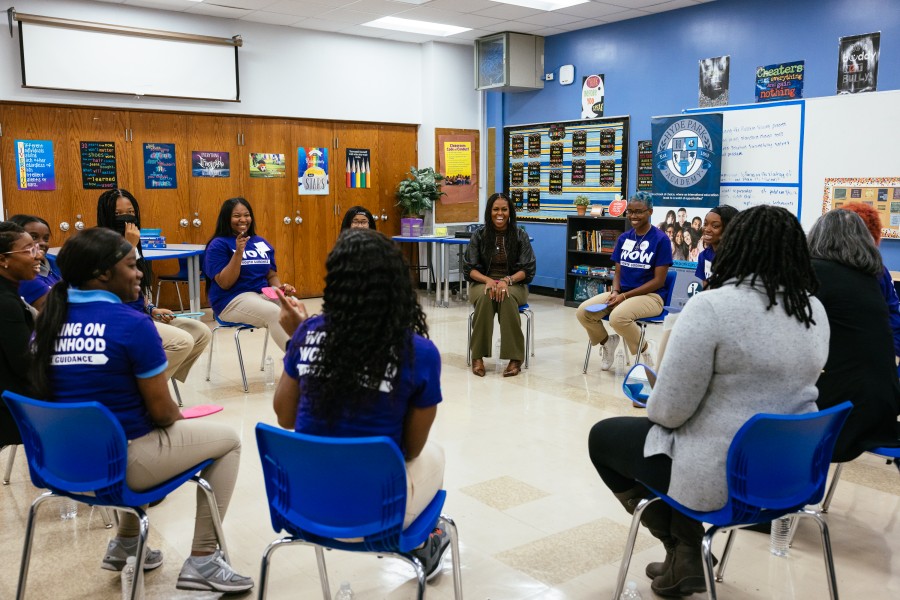 Michelle Obama met with a small group of students before addressing the full student body at Hyde Park Academy. The Obama Foundation

“I’m hoping that even as half of you all are falling asleep right before my very eyes, that there will be a handful of you all who will hear something that will make sense,” Obama said to laughs. “That’s the only reason I come and talk to kids — that maybe, just maybe, I can get somebody to think differently about what their potential is.”

Mentoring and working with young people has been a constant during Obama’s career and it’s a focal point of the work at the Obama Foundation. Michelle Obama last week announced a new campaign called Get Her There. Its goal is to help “educate and empower adolescent girls around the world to reach their full potential.”