CHICAGO – With U.S. union ranks swelling as everyone from coffee shop baristas to warehouse workers seeks to organize, Illinois voters will decide next month whether to amend their state constitution to guarantee the right to bargain collectively.

The fate of the ballot measure is being closely watched in Illinois and beyond, as it will gauge public support for the labor movement that has lost ground for years in conservative-led states. Unions and pro-industry groups say it could signal a new chapter in the struggle over workers’ rights.

“If the union wins here, this could be the future of the labor movement,” said Mailee Smith, labor policy director at the Illinois Policy Institute, a conservative think tank that opposes the proposed amendment and tried to get it removed from the ballot.

Tim Drea, president of Illinois AFL-CIO, which is pushing for passage, said union counterparts from around the country have been calling him about the ballot measure.

“They are watching this very, very closely,” he said.

Unions and others who support the proposed amendment view it as a way to ensure that workers will always be able to use their collective clout to secure better pay, hours and working conditions. They also say it would prevent the Legislature, should it undergo a shift to the right, from passing a so-called right-to-work law that would allow workers covered by union contracts to not pay dues. 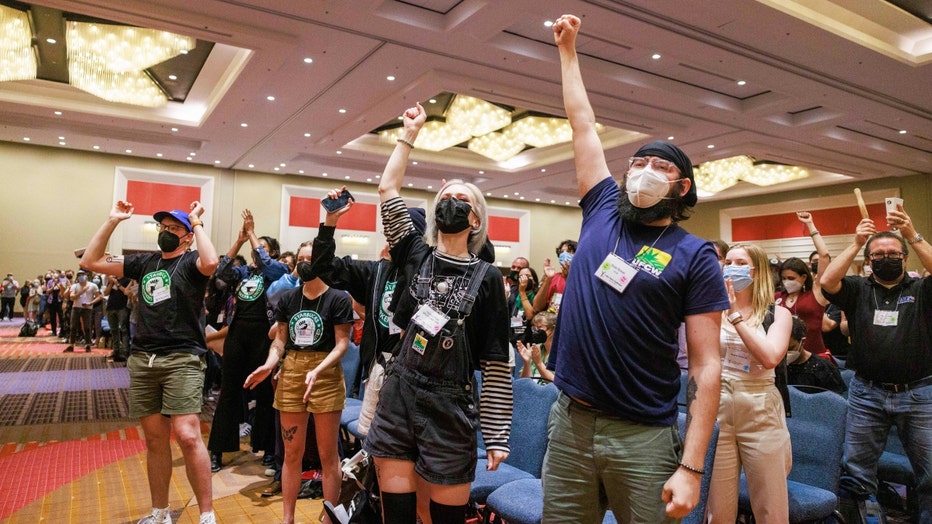 Business groups and conservatives oppose the measure, saying they think it will drive up taxes, give unions too much power, lead to more strikes and prompt companies to leave for more industry-friendly states.

Union rights have taken a beating in Republican-led states in recent years. Twenty-seven states now have right-to-work laws, and Wisconsin went so far as to strip nearly all of its public workers, including teachers, of collective bargaining rights. As Illinois voters decide whether to guarantee the right to unionize on Nov. 8, voters in Republican-led Tennessee will weigh in on whether to enshrine that state’s 1947 right-to-work law in their state constitution and make it harder for legislators to ever infringe on the right.

During the COVID-19 pandemic, though, labor has made headway at some of the country’s largest companies, including Amazon, Starbucks and Apple. And public support for unions in August reached its highest level since 1965 — 71%, according to a Gallup poll.

One expert said the significance can’t be understated of what it would mean for Illinois to join the short list of states — Missouri, Hawaii and New York — with similar constitutional amendments.

“A big important state like Illinois enshrining this right to their constitution sends a signal across the country that the right to bargain collectively is a fundamental right,” said Daniel Galvin, who teaches political science at Northwestern University and is a faculty fellow at the school’s Institute for Policy Research. 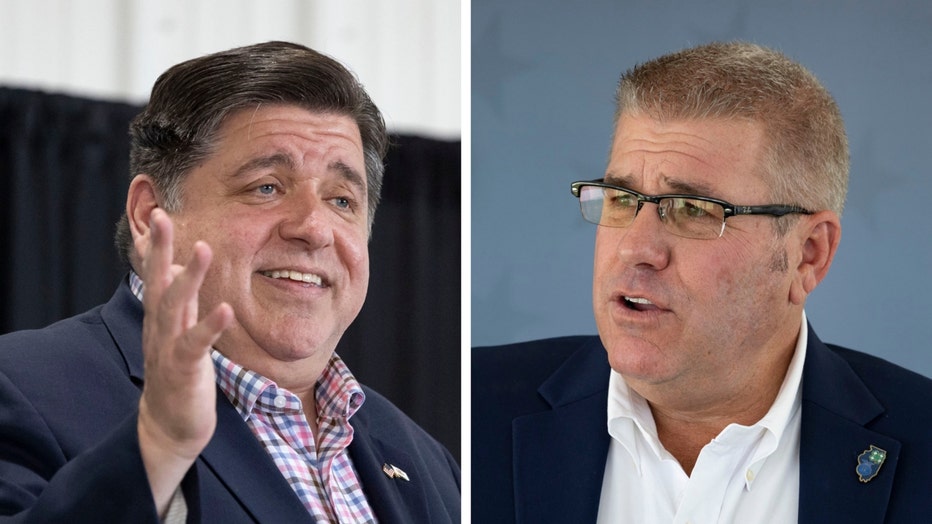 Predictably, the fight over the Illinois measure has fallen along party lines, with Democrats backing labor and Republicans backing industry.

At a recent debate, Democratic Gov. J.B. Pritzker, who is running for reelection, voiced his support for the proposed amendment. His Republican challenger, state Sen. Darren Bailey, said it was unnecessary and would raise property taxes.

Drea, the AFL-CIO official, said the conservative-dominated U.S. Supreme Court’s ruling to strip away women’s constitutional right to abortion in June raised worries about what might happen if state lawmakers pass legislation that diminishes or does away with the ability to organize.

There’s a lot of concern about the political climate and how rights can be taken away,” he said. “People are very cognizant that everybody’s rights are at stake right now.”

And although Illinois unions enjoy the support of a Democratic governor and Democratic-controlled Legislature, that could change, and if it does it could spell disaster for unions, Drea said.

“We have no idea what might happen,” he said “Every election things could change.” 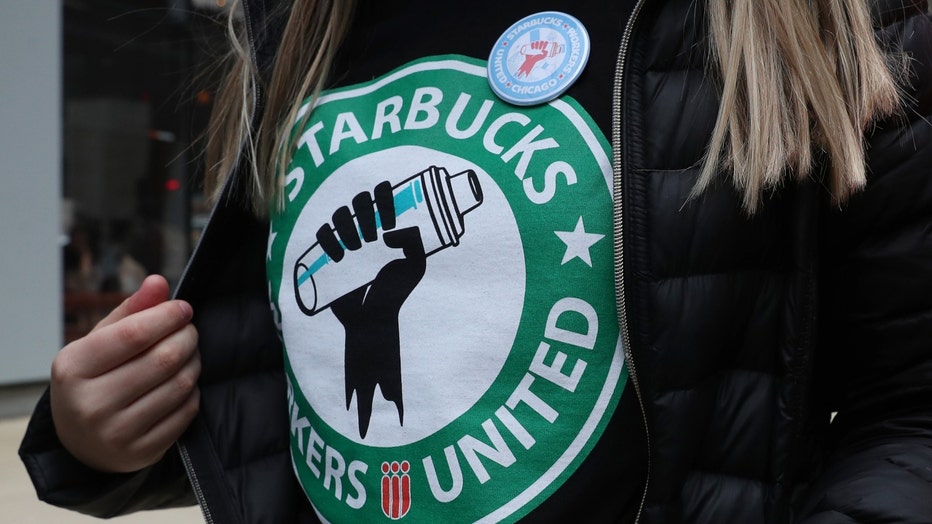 Smith, of the Illinois Policy Institute, warned that if the Illinois amendment passes, various unions could throw their weight around and force public agencies to make expensive concessions to avoid costly strikes, all of which would drive up the cost of government.

“And that will be passed on to the taxpayer,” she said. “It could be gas taxes, income tax, or, most likely, property taxes.”

Both sides are trying to sway voters who typically vote the other way.

Supporters of the amendment think that more conservative voters in the southern part of the state might see workers’ rights differently after a tornado ripped through an Amazon warehouse in Edwardsville, killing six people last December. Workers later said they were threatened with being fired if they tried to leave to take shelter at home.

“Between that notable example and the news nationally about the effort to unionize Amazon and Starbucks employees, more people are aware of how their fellow Illinoisans are treated on the job than ever,” said Joe Bowen, a spokesman for the Vote Yes For Workers’ Rights campaign.

But Smith thinks the message of opponents could appeal to more liberal pockets of the state, including Chicago, where support for unions and their causes are the greatest.

“Everyone’s taxes would go up,” she said.