Good Wednesday morning, Illinois. The Bulls launch their season tonight, and we’re hoping for something brighter than the Bears.

You knew right away that Tuesday night’s debate was going to be rough and tumble. Moments into his opening statement, Democratic Gov. JB Pritzker called Republican Darren Bailey a “Trump extremist” and “a threat to democracy.”

When it came to policy, the two gubernatorial candidates showed just how far apart they are. Pritzker focused on his accomplishments: paying up the state’s overdue bills, raising the minimum wage and protecting abortion rights. “And I did all of that while fighting a deadly global pandemic, saving lives and livelihoods,” he said.

Pritzker pushed back, saying the parochial school that Bailey founded has used books that say slaves weren’t mistreated and that the women’s movement wasn’t a good idea. “Darren Bailey has proven that he would be dangerous for our kids, for parents, for communities if he were put in charge of public education,” Pritzker said.

Bailey’s softened views: Given cannabis and abortion are legal in Illinois, Bailey said he wouldn’t do anything to change those laws. And when it came to acknowledging former President Donald Trump had endorsed him, Bailey said, “I am in charge of my campaign.”

Agree on da Bears: Neither wants to use tax money for the NFL team to build a new stadium. Good thing. A Sun-Times/WBEZ Poll out this morning says: Half of voters polled would sack any taxpayer dollar request.

On a personal note: The candidates were asked to say something nice about each other. Bailey said he liked Pritzker’s suits and suggested they go suit-shopping after the election. (Oh, to be a fly on the wall!) And Pritzker said he admired Bailey’s marriage of 36 years to his wife, Cindy. “That shows deep commitment. That’s something I share as well.”

Bailey-isms: Instead of repeating his “hellhole” or “unruly child” phrases to describe Chicago, Bailey called the state’s biggest city “Pritzkerville” because Pritzker’s “extreme policies are destroying the city,” he said. And he threw out another word he’s learned while living in Chicago during the campaign: Chumbolone. It’s synonymous with idiot and has been popularized by columnist and blogger John Kass, who heard it during a mob trial.

The debate followed recent polls that have Pritzker edging Bailey by double digits ahead of the Nov. 8 election. And campaign finance reports show the governor is outspending Bailey by leaps and bounds. Pritzker spent “more than $38 million in the third quarter ending Sept. 30 compared with $1.6 million spent by Bailey during the same time period,” report the Tribune’s Rick Pearson and Dan Petrella.

From the Sun-Times’ Tina Sfondeles: Pritzker and Bailey accuse one another of being an extremist who is dangerous for Illinois

POP QUIZ: The Sun-Times and WBEZ posed 19 questions to the governor candidates, but only Pritzker answered.

The best healthcare package is affordable for everyone at UPS. Learn more

We’re still focused on the midterms, but with municipal elections around the corner, we decided to take a peek at how Chicago’s mayoral candidates are doing in fundraising — and spending.

The burn rate: Filings from the State Board of Elections show Lightfoot spent $607,450 on her campaign in the third quarter, compared to Wilson, who spent $906,267. That’s a burn rate of 60.4 percent for the mayor compared to Wilson’s 87 percent.

The big question: Could Lightfoot burning up cash now “spell trouble” for her as the campaign kicks into high gear after Nov. 8? Sun-Times’ Fran Spielman thinks so.

Paul Vallas, the former Chicago Public Schools exec who ran for mayor four years ago, raised $153,370 in the third quarter and spent $151,475.92. That’s a burn rate of nearly 99 percent. He has $852,020 cash on hand and is seeing more cash come in from business folks, writes Crain’s Greg Hinz.

Brandon Johnson, the Cook County commissioner who hasn’t officially announced but already has the support of the Chicago Teachers Union, raised $69,685 in the third quarter and spent $81,928. Burn rate: 118 percent. He has $71,404 COH.

Apples to oranges: And though Congressman Jesus “Chuy” Garcia hasn’t yet decided on whether he’ll run for mayor, it’s worth looking at his fundraising numbers for his congressional run. He raised $89,572 in the third quarter and spent $118,673. Burn rate: 132 percent. He has $232,467 COH — monies that cannot be switched over to a municipal race. He’d have to start fundraising from scratch.

At the Paul Douglas Forest Preserve at 9:30 a.m. to announce the new 13 miles of single-track trails for mountain bikers and trail runners in Northwest Cook County. 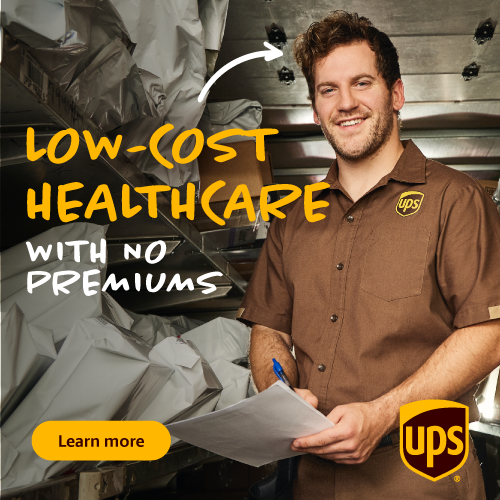 — WELCOME: Chicago saw 94 new migrants arrive Monday, according to the Chicago Department of Family and Support Services. The city has now welcomed 3,502 asylum-seekers bused from the Texas border since Aug. 31.

— Special ops: Ald. Gilbert Villegas, a Marine veteran, wants to see the city’s 2023 budget include $400,000.00 to reestablish the Chicago Office of Veterans Affairs in the Mayor’s Office. The office would focus on veterans’ needs such as employment opportunities, mental health, homelessness, and other support services, Villegas said in a statement.

— NEW STUDY: Lucrative loophole benefits those who purchase delinquent property taxes in Cook County at expense of government: “A system designed to help recoup property taxes from delinquent home and business owners is being used instead by hedge funds, private equity firms and other investors to turn profits, a new report from Cook County Treasurer Maria Pappas’ office asserts. The weakness in Illinois laws that allow the practice is especially harming cities and villages that have majority Black and brown populations,” by Tribune’s A.D. Quig.

— Should DuPage have home rule? Most county board candidates say yes, by Daily Herald’s Katlyn Smith

— Former CEO of Schubas, Lincoln Hall pleads guilty to secretly recording nanny, others in the nude: “Michael Johnston pleaded guilty to a single count of unauthorized videotaping and was sentenced to probation,” by Sun-Times’ Matthew Hendrickson.

Vince Brandys: “What is your favorite golf course?”

Rev. Dr. William E. Crowder Jr.: “Who will you support in next year’s mayoral election and why?”

Barbara Moore of Democratic Municipal Officials: “Will you and your family please join us for dinner at our home? I’ll cook anything you love.” (Former Ald. Joe Moore says he can attest.)

Bob Skolnik: “Why do you keep voting in Chicago when you no longer live here?”

John Straus: “What would you have done differently?”

Timothy Thomas Jr.: “What do you miss (and not miss) about being POTUS?”

Steven Zaris: “When you called a reporter ‘sweetie’ in 2008, was it knowing that the small bit of grief you got from the PC police wouldn’t cost you any votes but might get old white guys to maybe give you a second look?” (For the record, Obama apologized at the time and said it was “a bad habit.”)

If you had $1 million to give to your city, how would you want it spent? Email [email protected]

— Democrats see opening to neutralize GOP education messaging: “Although messages around race and masks in schools excited the base, the Republican National Committee has found those issues don’t drive independents,” by POLITICO’s Juan Perez Jr. and Zach Montellaro.

— Rep. Rodney Davis reflects on time in Congress: On how he deals with loss: “It’s looking ahead. And my message today to the young kids was ‘don’t let defeats define you. Define yourself, define your own future.’ I did. And now I get a chance to find another future.” Lee Enterprises’ Brenden Moore reports

— Biden set to go to the mat with Big Oil over gas prices, by POLITICO’s Adam Cancryn

— Julie Moos has been hired as editorial director for the Chicago Council on Global Affairs. She’s now executive director at the National Press Club Journalism Institute and is an alum of McClatchy and Poynter.

— Oct 26: The Metropolitan Water Reclamation District offers a virtual tour of the Tunnel and Reservoir Plan, known as the Deep Tunnel, designed to protect Lake Michigan and rivers from sewer overflows. Details here

TUESDAY’s ANSWER: Congrats to Matthew Beaudet for correctly answering that James “Big Jim” Colosimo was the Chicago mobster whose honorary pallbearers at his 1920 funeral were congressmen, judges, prosecutors and aldermen.

TODAY’s QUESTION: When and where was the Chicago hotel fire that started when a cigarette butt was thrown down an elevator shaft? Email [email protected]