Good Monday morning, Illinois. We caught Goodman Theatre’s “Swing State” Sunday night. It’s a powerful production that explores how challenging it is to cope when everything around us seems to be disappearing.

NEW POLL OUT THIS MORNING: Illinois voters don’t want Pritzker or Biden to run for president – but they’d take either over Trump, via Sun-Times/WBEZ

A new federal criminal charge against former House Speaker Michael Madigan could be the October surprise that gives Illinois Republicans a midterm boost.

That’s what Republicans are hoping. Republican nominee for Attorney General Tom DeVore has called on Democratic AG Kwame Raoul to return the $1 million campaign donation he received in 2018 from the Friends of Michael J. Madigan committee. DeVore describes Madigan as “the poster child for political corruption in Illinois,” according to a statement.

Raoul responded: “That money was donated by the former head of the Democratic Party of Illinois four years ago, and it was spent four years ago. Since then, I’ve accepted donations from the new chairwoman of the party and other supporters, and I’m certainly not going to hand over those donations to someone who is under federal indictment,” Raoul said in a statement. He called the new allegations against Madigan “very serious,” adding, “I think the U.S. Attorney’s Office is appropriately conducting their prosecution.”

It’s not just DeVore: Republicans Stefanie Hood and Jack Vrett, candidates in the 42nd and 53rd state House Districts, respectively, are calling on their Democratic opponents Reps. Terra Costa Howard and Mark Walker, to return monies their campaigns received from Madigan over the years, too.

Costa Howard was among the 19 Democrats who stood up against Madigan, calling him to resign. “The dollars I have received from the Democratic Party of Illinois over the years were contributed by many donors who support Democratic pro-choice policies and common-sense gun laws,” she said in a statement to Playbook.

The political back-and-forth follows a new federal indictment against Madigan that essentially says the former Democratic House speaker traded votes for a cushy job at AT&T for one of his House allies. It mirrors the corruption claims in an earlier indictment involving ComEd. AT&T has agreed to a nearly $23 million fine, according to the Justice Department.

With Madigan out of office for nearly two years, his name and the word “corruption” haven’t resonated much on the campaign. Republicans hope the new indictment changes that. They have 22 days to see if it works.

Tribune has a story here.

HELP GUARANTEED: Women are outnumbering men three to one in applying for the Cook County guaranteed income program that will give $500 each month to recipients for two years.

Getting the word out is “not the challenge,” Cook County Board President Toni Preckwinkle told Playbook. Applications for the Cook County Promise Guaranteed Income Pilot can be submitted through Friday. So far, the county has seen 160,000 applications. The accepted applications will skew toward Chicago’s suburbs, since the city has its own program.

Just the beginning: Both programs are funded through the American Rescue Plan, the Biden administration’s Covid-19 direct relief initiative. And after the Cook County pilot ends, Preckwinkle has committed to some version of guaranteed income becoming permanent, even after ARPA funds run out.

That’s a big deal, Preckwinkle’s office said, because the program is also the largest of its kind in the country. “It was a great idea during the pandemic. It’s a great idea in ordinary times,” Preckwinkle said.

What the future holds: Preckwinkle said she hopes the lessons gained from the Chicago-area guaranteed income pilots — and similar programs across the country — will lead to a federal guaranteed income initiative. “The federal government should be doing this for all of our residents,” she said.

— Republican Congressman Darin LaHood raised more than $446,000 in the third quarter of 2022 in his bid for the 16th District. Since the beginning of the 2022 campaign cycle, LaHood’s campaign says it’s raised over $3.68 million and has $4.3 million cash on hand.

— Democratic Congressman Sean Casten raised nearly $1.3 million in the third quarter and has raised about $5 million this election cycle, according to his campaign.

— Former broadcast journalist Charles Thomas was paid $50,000 by the People Who Play By The Rules PAC for those ads featuring him attacking Gov. JB Pritzker and boosting Darren Bailey for governor, according to State Board of Elections filings.

— Trump factor and abortion signal higher-than-normal midterm turnout: “One thing analysts and political scientists will be looking at is what’s the turnout in the congressional districts downstate,” said Matt Dietrich, spokesman for the Illinois State Board of Elections. “Trump endorsed GOP congressional candidate Mary Miller. He endorsed Rep. Mike Bost in far Southern Illinois. Is that going to drive a higher turnout in those Congressional districts?” Derrick Blakely reports for Center for Illinois Politics.

— POINT: Officials ‘grinding to the bone’ to prepare for cash-bail reform amid what they call misinformation, politicization: Supporters of the SAFE-T Act say lawmakers built in a nearly two-year period before the provision would take effect in order to allow agencies to prepare. ‘The proof will be in the pudding, but the reason it took so long for implementation from the passage of this bill was because we wanted to make sure in the interest of safe communities that we had the infrastructures there,’ Cook County State’s Attorney Kim Foxx said,” by Tribune’s Madeline Buckley

— COUNTERPOINT: Will County State’s Attorney James Glasgow, a Democrat, is on a media blitz speaking out against the SAFE-T Act. He headlines Bill Cameron’s podcast, saying “the drafting was poor and hard to understand.” Glasgow says he wants to sit down with lawmakers to recraft the law to mirror the bail-reform law in New Jersey.

— WELCOME: Chicago saw 181 new migrants arrive Friday and Saturday, according to the Chicago Department of Family and Support Services. The city has now welcomed 3,408 asylum-seekers bused from the Texas border since Aug. 31.

— Many Chicago progressives want to defeat Mayor Lori Lightfoot. Can they do it without hurting their movement?: “‘If you wish to contrast yourself with someone, please contrast yourself to the current mayor,’ quipped [progressive debate co-moderator Ken] Barrios, a member of the Democratic Socialists of America. ‘Nobody likes her,’” by Tribune’s Gregory Pratt and Alice Yin.

— Mayoral candidate Raymond Lopez has opened a Northwest Side campaign office in his run for mayor. An open house is planned for Saturday. He also has a campaign office downtown. 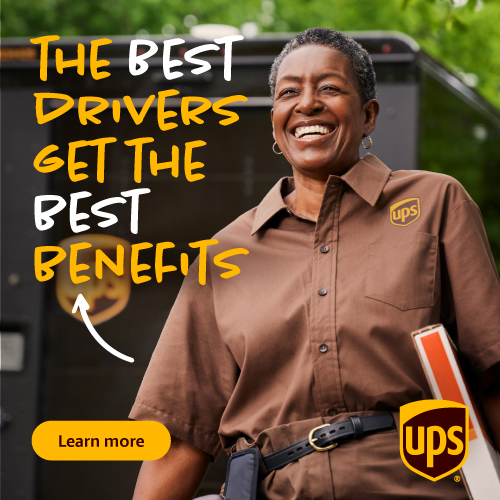 — St. Sabina Church stands by Rev. Pfleger amid new sex abuse allegation: ‘Father Mike, this is your army’: “During Sunday Mass, parishioners wore shirts saying, ‘We stand with Father Pfleger.’ The popular priest denies the latest allegation — the fourth against him,” by Sun-Times’ David Struett.

— Group serving immigrants on Northwest Side gets new warehouse-size space: “Onward Neighborhood House plans to install a food pantry there, plus eventually turn it into a community hub,” by Sun-Times’ Michael Loria.

— How Chicago put Louis Armstrong on a path to jazz greatness 100 years ago, by Mark Guarino for WBEZ

— CTA working to fix ‘unreliable’ bus service: “The agency has also said a driver shortage is partly to blame for long wait times, and it is hiring operators and changing schedules as a result,” by Tribune’s Sarah Freishtat.

— Chicago cop will keep his job despite links to the Proud Boys and failing to disclose he was under FBI investigation, by Sun-Times’ Tom Schuba

— Minnesota’s weird weed experiment: “What’s developed so far is a peculiar experiment in quasi-legalization — one that’s sent cities and counties scrambling to put guardrails around the fledgling industry and raised concerns about public health and safety,” by POLITICO’s Paul Demko.

We asked how you handle the playoffs when Chicago isn’t in the mix:

Ron Abrams: “Picking up husband points by watching ‘Bachelor in Paradise’ with the wife. … Don’t tell anyone.”

Jeff Lande: “Going for a hike.”

Ed Mazur: “Watching all the shows I’ve taped instead of watching ‘alien’ teams.”

Gail Morse: “I root for my childhood team. Go Padres!”

Rey Nonato: “I watch political ads as a diversion.”

Chris Ruys: “Watch a foreign film or bury myself in a really good Netflix series with a glass of Prosecco.”

Jim Strickler: “I count down the days until spring training starts for the Cubs.”

What theater scene startled you out of your seat? Email [email protected]

— Kinzinger: Not clear what will happen if Trump refuses to testify, by POLITICO’s David Cohen

— The sleeper state Republicans are targeting to win the Senate, by POLITICO’s Natalie Allison

— Nov. 5: The True Blue Gala, a fundraiser that supports the work of the Chicago Police Foundation, will be held at the Hyatt Regency Chicago. Headliners will be the Chicago Police Department’s command staff “and the brave men and women who protect our city,” says CPF Chairman Richard Simon.Details here