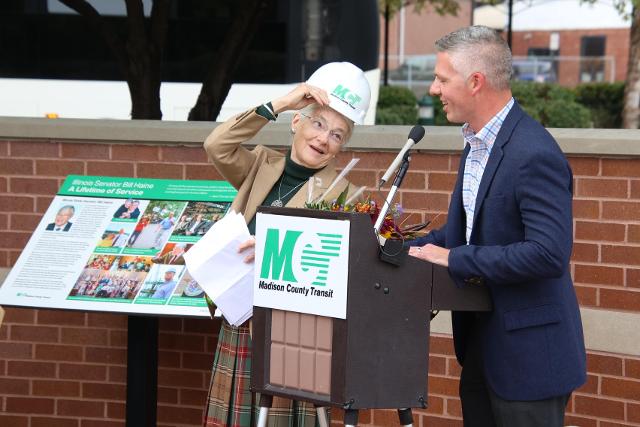 Bill died on August 16, 2021, leaving behind his wife Anna of over 50 years, their seven children, and soon-to-be 42 grandchildren.

“My children and I are so blessed by Bill’s constant, loving care,” she said at the ceremony.

“When we were starting our family, he made it a priority to keep his political work close to home so he could be with his family.”

Many people spoke at the event, but it was Anna’s prepared speech that was really special. She spoke for about 10 minutes.

She began by thanking everyone for making an effort to be at the ceremony. Many MCT members, politicians, and others were at the event.

She praised Bill for always “going the extra mile” for his community.

Anna talked about how Bill was able to keep such a good work-life balance and that he was always there for his family, especially with the kids.

She said that all of Bill’s hard work was a “real blessing to the area.”

The picture at the top of this article was taken after her speech. She was given a surprise MCT hard hat and flowers in honor of her and Bill’s dedication to the Alton community.

Then all of the Haine family members came together to take a photo and hold a celebratory ribbon-cutting.

It was a special occasion for Anna and the entire Haine family, one that was much deserved for her and Bill’s hard work. 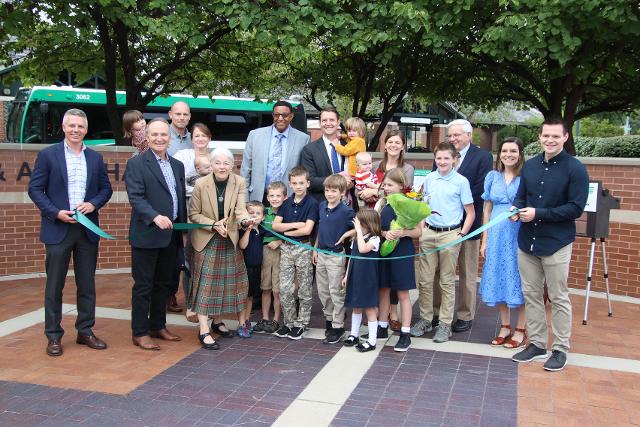 “Queen – Another One Bites The Dust” now playing on The Eagle, the Riverbend’s only Classic Rock station. Check out Riverbender Radio Today and Listen to Win!