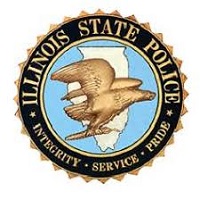 Springfield, IL-(Effingham Radio)- The Illinois State Police (ISP) is in the process of awarding $1 million in grants to 32 local law enforcement agencies across Illinois to conduct firearm enforcement efforts to help keep firearms out of the hand of individuals who pose a significant threat to themselves or others.

“While the Illinois State Police has had great success in reducing expressway shootings in the Chicago area compared to this time last year, we continue to face a gun violence epidemic in this country and we need every possible resource at our disposal to combat it,” said Governor JB Pritzker.  “These grants to local law enforcement agencies can help prevent a potential tragedy in our communities and I want to thank agencies across the state who have signed up to help with enforcement efforts.”

In July, ISP offered grants to law enforcement agencies to conduct enforcement operations for individuals whose Firearm Owner Identification Card have been revoked or suspended as a result of being prohibited by state or federal law.  The enforcement details are intended to focus on those individuals who pose a significant threat to themselves or others, such as those who have become the subject of a Firearm Restraining Order or Clear and Present Danger or received a criminal conviction, among other reasons.

ISP is in the process of awarding grants to the following 32 law enforcement agencies.

“From 2020 through the end of August 2022, ISP stopped more than 97,000 unlawful attempts to obtain a firearm through firearm eligibility and compliance checks,” said ISP Director Brendan F. Kelly.  “Awarding these firearm enforcement grants to local agencies will allow ISP to have a greater impact on reducing gun violence and protecting our communities.”

ISP recently wrapped up a statewide firearms enforcement blitz that ran June 16-July 31, 2022.  ISP completed 201 details consisting of 1,742 compliance checks.  As a result of these efforts, 1,027 individuals were placed into compliance by surrendering their FOID Cards, transferring all firearms out of their possession, and completing a Firearm Disposition Record.