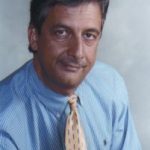 Jeremiah Joyce was always a complicated but brilliant and astute politician.

I had the privilege as a community and City Hall reporter of getting to know him during a tumultuous political time in Chicago’s history. So I always saw him as a factor influencing the political events that swirled around the city and the region.

But it wasn’t until I read his recently published book that I truly got to know him.

Joyce has penned a compelling book for anyone who ties their origins or lives to Chicago. “Still Burning: Half a Century of Chicago, from the Streets to the Corridors of Power: A Memoir” was published in September 2021 by a Wisconsin publishing house.

Normally I don’t read books the way I used to. I pretty much enjoy listening to audio books as I drive to and from work, which these days involves writing op-eds and news on mainstream and Middle East political topics for local newspapers and for a Middle East-based giant, Arab News.

But it’s always the Chicago politics that grabs me by the collar and captures my full attention.

Joyce’s book offers insights into much of what has affected Chicago’s evolution.

His detailed reminisces reflect his brilliance. A member of the Mensa society, his memory is impeccable and he is able to take you back to his youth in Visitation Parish. He later attended St. Sabina and Leo High School, where he stayed until a disagreement with the school sent him to Calumet High School.

Joyce was loyal to his friends and although he was academically brilliant, he didn’t like being separated in an honors-like division and rebelled. But Joyce also digs deep into his family roots to share his memories of his grandparents, uncles, parents and siblings in the context of a fast-changing world of racial tensions and crime, white flight and efforts to temper the divisions.

He spent part of his youth down the street from Al Capone’s wife on South Prairie Avenue. He was influenced by the activism of his uncles in unions and by relatives in the police, with one being shot and killed accidentally by friendly fire during a chase of street gang suspects.

He became a bricklayer and then entered business school and later Northern Illinois University, my own alma mater where I attended two years before entering military service during the Vietnam War.

Joyce graduated with a teaching degree and taught high school history. He also became a policeman, too.

Eventually, he became an investigator and worked undercover during the “Days of Rage.” Joyce also embeds a lot of deep history in his remembrances of growing up in Chicago that makes this a fascinating read, without even getting into the period of time where most people might have known about him. That includes when he became alderman of Chicago’s 19th Ward in 1975, serving one term, and later serving 14 years as a state senator.

Joyce is candid about his political relations. He won without Richard J. Daley’s support, but Daley claimed he always thought he would do well. Joyce spoke out often and honestly about problems that didn’t sit well with Daley’s successor, Michael A. Bilandic, or with Jane Byrne, whom he was a friend with until after she became mayor.

Joyce consulted with many presidents and candidates for president, including with former President Barack Obama.

I bought the hardcover and spent the past week reading it at a fast pace. You can see his bright personality come out in every page.

Two of his sons ran for public office; one serving in the Illinois General Assembly, Kevin Joyce, and another, Jeremiah Joyce Jr., who ran for mayor of Chicago.

Joyce was involved in many political antics, but he was always an honest and good person. That honesty and caring for Chicago comes out clearly in his writings. I have to say for a former politician, he is a great writer.

I urge you to read Joyce’s book and learn a little bit more about Chicago that often gets pushed aside by the media but that really offers genuine depth.

Check out Ray Hanania’s columns and political podcasts at hanania.com.