OAK LAWN, IL – State Rep. Kelly Burke, D-Evergreen Park, is announcing that the Illinois Department of Transportation (IDOT) will be constructing more than $20 million in improvements to her community’s highway infrastructure.

“The good-paying jobs and safer, smoother transportation these highway projects bring will be transformative for many people and small businesses in our community,” Burke said. “We depend on modern, stable infrastructure, especially highways, as the foundation that our economy works on. I’m confident that projects such as these will help overcome the impacts that high inflation has had on many of our working families.”

Burke’s Rebuild Illinois Capital Plan funds a six-year $24.6 billion investment plan for construction and repair of roads and bridges across Illinois. Roughly $20 million will go to projects on state and local highways in Burke’s district, such as improving road lighting, fixing cracked joints and supports, building new bridges and other developments.

Burke voted in favor of the original capital bill in 2019, as well as budgets funding this plan every year she has been in office.

“While this work is a major economic victory, it also is a great step forward for public safety,” Burke said. “New, safe roads and bridges, adequate lighting for night driving, new pedestrian routes; all of these measures cut down on traffic accidents. Fewer accidents on our roads means fewer trips to the hospital for unlucky drivers, and that’s something I will always support.” 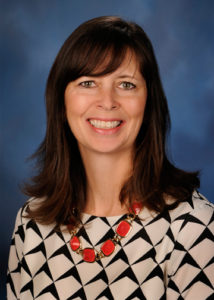