“At a time when big oil has been profiting off the backs of hardworking Americans and our nation is facing a climate crisis, the Renewable Fuels Standard and the U.S. biofuel sector are as vital as they’ve ever been,” Duckworth said. “From working on the Inflation Reduction Act, which includes historic support for renewable energy and will help bring down costs for working families, to reminding folks that supporting biofuels means supporting our farmers, I’ll keep working to make sure this sector gets the necessary support from Washington.” 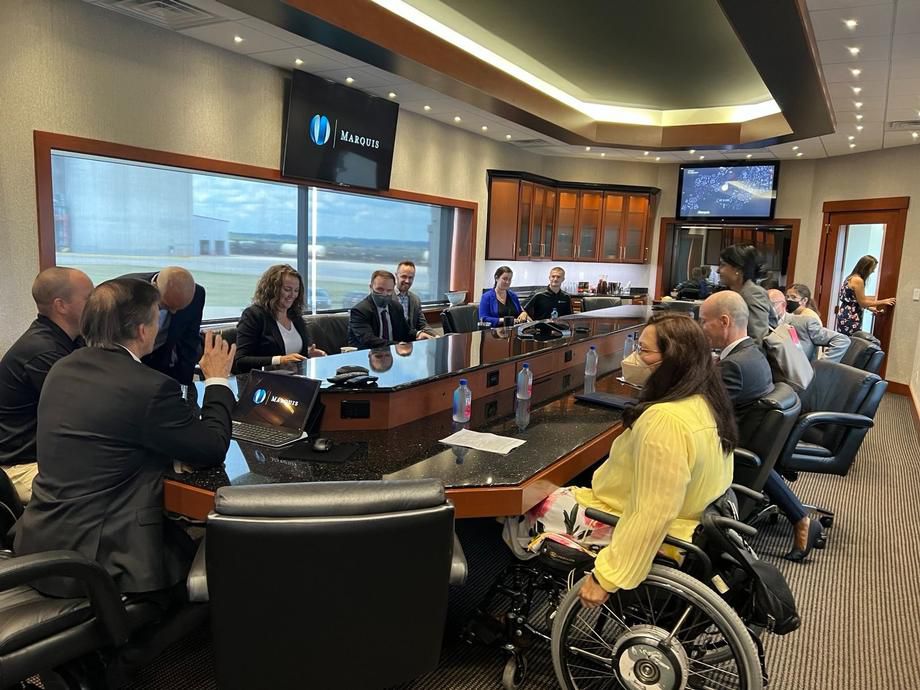 Signed into law Tuesday by President Joe Biden, the Inflation Reduction Act will provide $500 million to expand the number of service stations that offer low-carbon ethanol and biodiesel, made from Illinois corn and soybeans and also has incentives to make these low-carbon biofuels even lower-carbon than today.

Marquis Energy is developing a 120 million gallon per year sustainable aviation fuel facility in partnership with another Illinois-based company, LanzaJet. This facility is expected to account for 5% of the Biden Administration’s SAF Grand Challenge 2030 goal and will be produced in Illinois. Marquis also is developing a large-scale carbon capture and storage facility that will lower the carbon intensity of the SAF produced at its facility.

These climate-conscious investments in Midwestern-grown fuels also will reduce reliance on Middle Eastern oil, according to the proponents of the bill. The bill also includes biofuels tax credits and the new SAF tax credits provisions, which are a result of Duckworth’s leadership. In June, Duckworth applauded the Biden Administration’s announcement it will publish the ethanol blending mandates for 2020, 2021 and 2022 at levels that more closely resemble American consumption levels and help farmers and biofuel producers prepare for the future.

Duckworth said she helped introduce the Next Generation Fuels Act to leverage higher-octane fuels to help improve engine efficiency and performance. Allowing the sale of fuels with greater octane levels would increase the amount of ethanol that can be utilized in the fuel supply, in turn lowering prices at the pump for consumers. In March, Duckworth also helped introduce the Home Front Energy Independence Act, which would make E15 available year-round, establish an E15 and Biodiesel Tax Credit, direct EPA to finalize their E15 labeling rule and provide for biofuel infrastructure and compatibility with retailers.