James Sitko understands the problems finding an apartment in McHenry County, he said.

The 28-year-old’s non-profit job is housed at the county offices. Sitko is currently housed with his mother because he’s been unable to find a rental unit in his price range, he said.

“I am basically priced out of McHenry County myself,” Sitko said.

Across the country, average monthly rent for a two-bedroom unit in July 2022 is just over $2,000, according to rent.com. One bedroom units are averaging over $1,700, the website said. 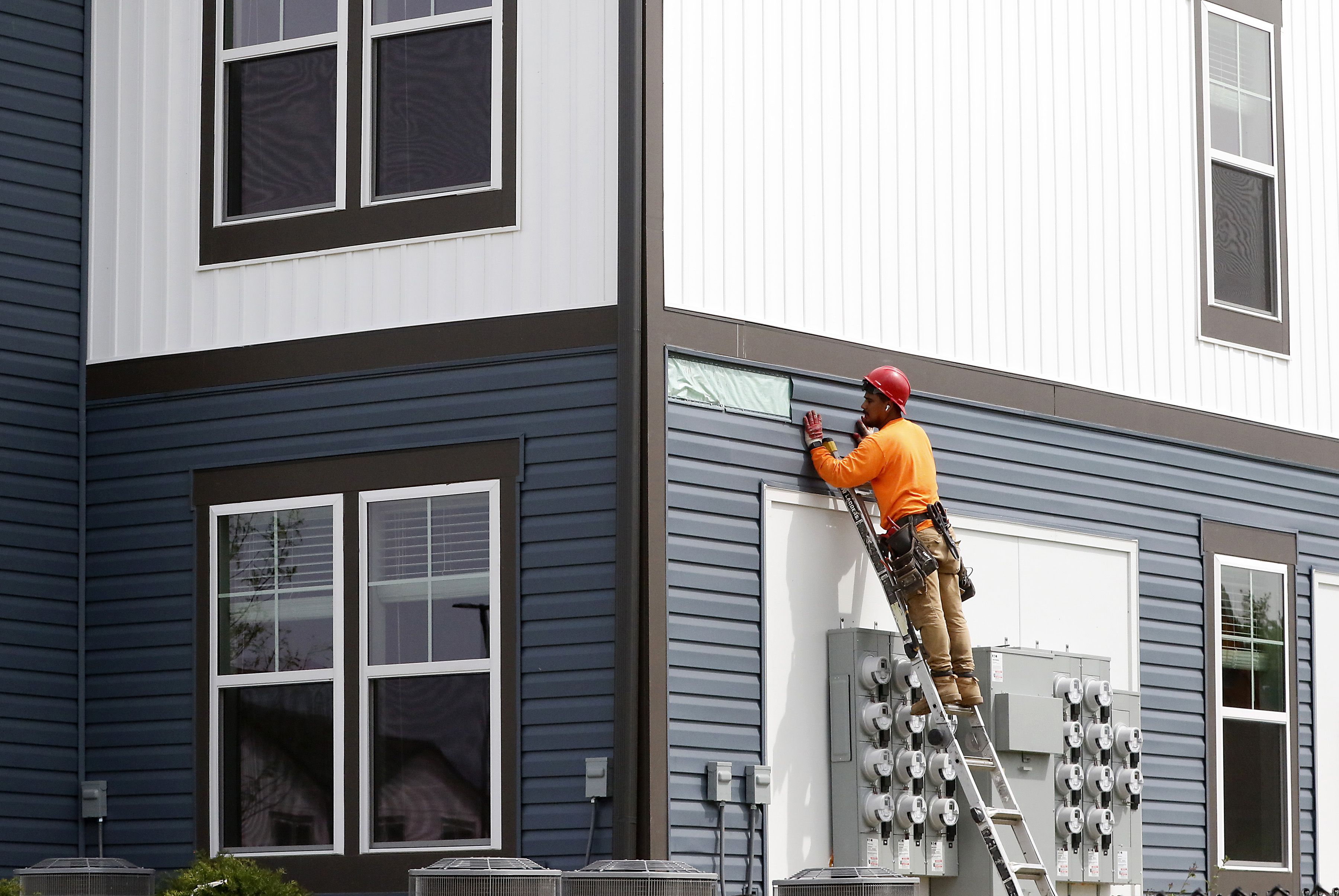 McHenry County is included in the Chicago-Naperville-Elgin region for Housing and Urban Development reporting purposes.

Around McHenry County, there are apartment buildings either under construction or in the pipeline to begin construction soon, Sitko said. For those looking to rent now, however, finding something affordable often is an issue.

Tyler Carter, of Lake Villa, is one of those who has been looking. The single father of two posted in a McHenry County Facebook group in mid-July that he and his two children would be homeless if he could not find an apartment in the next few days. Carter’s budget is $1,000 to $1,300 a month but he was unable to find a two-bedroom for less than $1,500, he said. He said he received a notice this week that his Lake Villa rent was increasing to $1,600 a month.

Nevertheless, Carter said he was able to stave off homelessness and remain in his Lake County apartment for the next few months. Carter said he is still trying to find a unit in McHenry County, where he works and where he hoped his children would attend school.

In addition to high rental costs pricing him out of many buildings, Carter said he has other issues, including landlords being uncomfortable with his 10-year-old son and 3-year-old daughter sharing a bedroom. He also has a 2015 felony marijuana conviction he is working to expunge, he said. 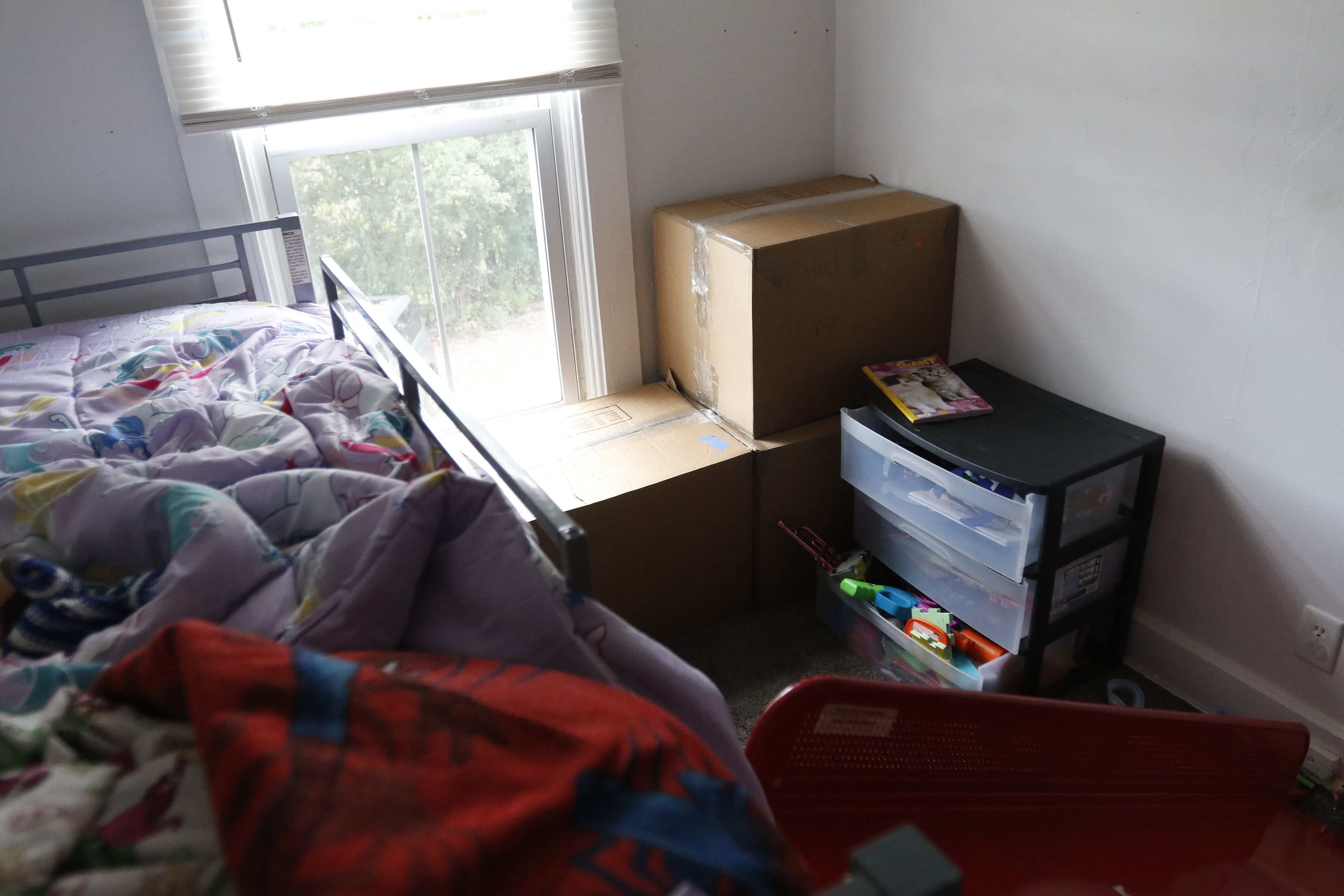 Boxes to toys from his daughters room that Ty Carter has pre-packed in his apartment in Lake Villa on Wednesday, August 3, 2022. Carter is looking for an affordable apartment to rent in McHenry County for his two children, and himself. (Gregory Shaver – gshaver@shawmedia.com/)

He’d sleep on the couch in a one-bedroom if it meant finding a better apartment for his family, Carter said.

More apartments are on the way.

The city of McHenry has 288 market rate apartments currently under construction on Route 31 and Blake Road. On Aug. 15, another developer seeking 540 units is set for the city council’s preliminary plan review.

McHenry asked Schaumburg-based Tracy Cross & Associates for a study in 2021 to look at the rental unit needs not only in the city, but in the region, Community Development director Ross Polerecky said.

That study found a 99.7% occupation rate for “all apartments in the general area of McHenry,” Polerecky said.

“The study showed us there is a need,” Polerecky said. He also noted all of the proposed and under-construction units are market rate rentals. 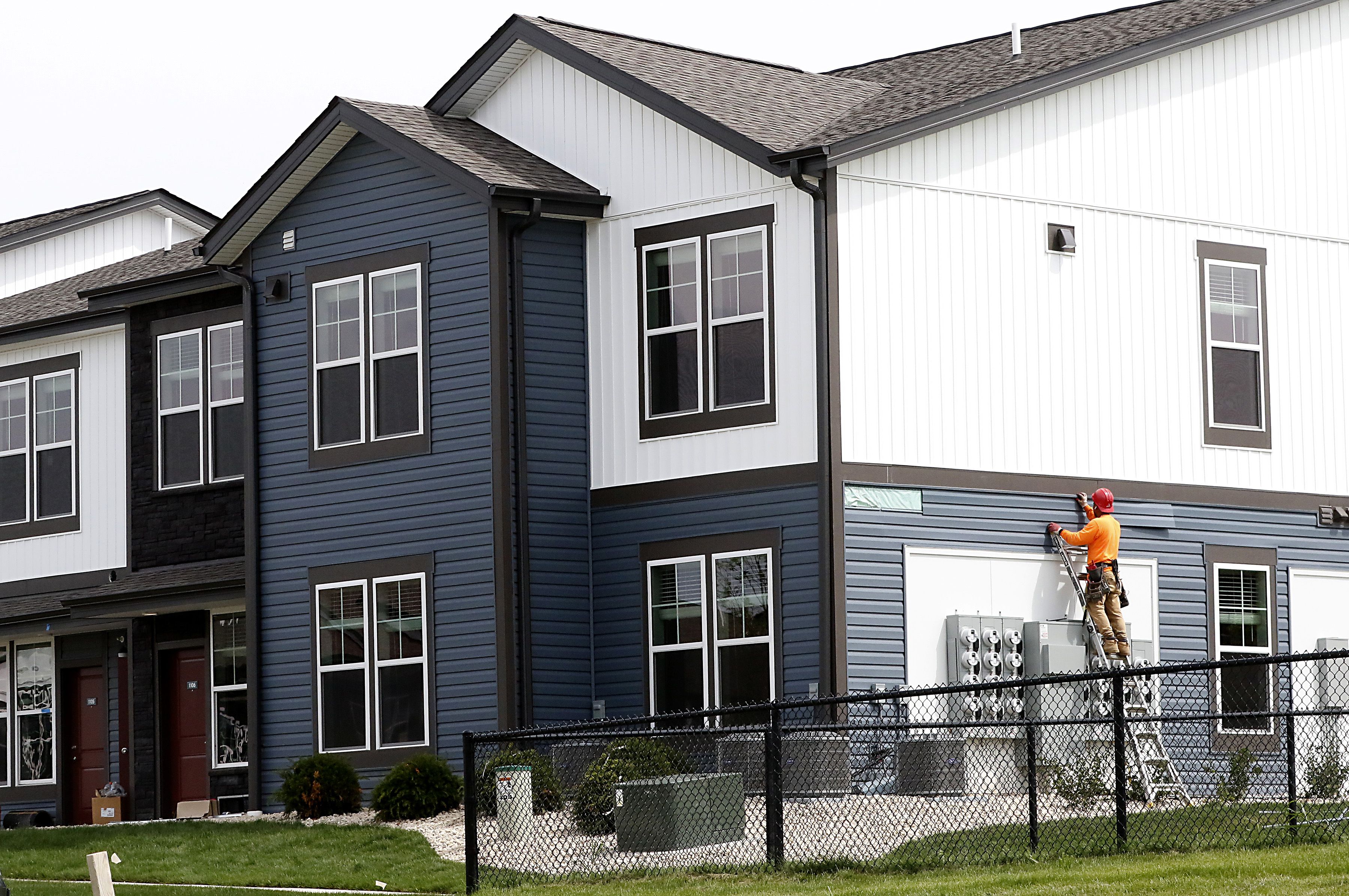 Market rates are high for lower-income earners. In comparison, affordable housing often has set-asides for different income brackets that are less than the region’s median income.

Her foundation uses tax credits to attract private equity investors for affordable housing units. In those apartments, as an example, if a community’s median income is $100,000 a year, then units set aside for someone earning 50% of the median could make $50,000 each year and be eligible for one of the units, Manning said.

They finance apartment buildings with set asides for up to 80% of the median income — or $80,000 a year based on her example.

For the most part, market rate apartment complexes use a formula similar to hers for determining rent, Manning said. If the median income in an area increases, landlords often calculate 30% of that income and divide it by 12 for a monthly rent cost.

“There are a lot of people who live here with higher incomes. If that brings up the area median income, the rents go up,” Manning said.

Sitko agreed that more people with higher incomes affects overall availability. “More people are looking with more money …,” Sitko said. “There are people entering the market with more to spend.” 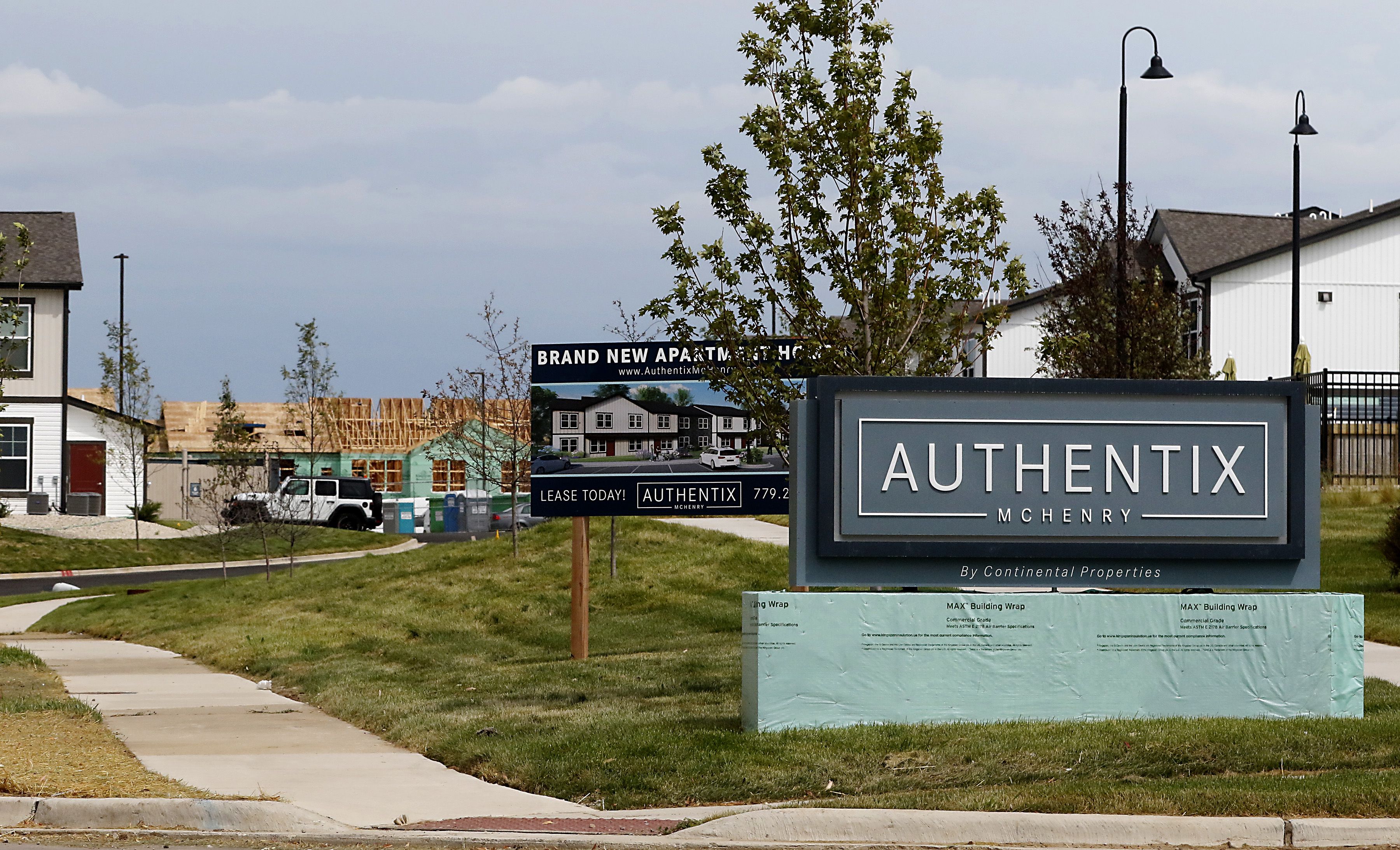 Jim Haisler, CEO of the McHenry County-based Heartland Realtor Organization, is a landlord himself. He and his wive purchase homes, renovate them to the point he’d consider living there, and rent them out, Haisler said.

He calls his units “handyman specials. We do the work and put them back out on the marketplace.”

Haisler also has seen costs go up for his rental homes. He also knows he could start charging more, but would rather keep good tenants than go after new ones, he said.

Word-of-mouth may be the best way people looking for a rental home might find a place to live, Haisler said.

When a vacancy arises at one of his properties, Haisler said, he doesn’t need to advertise much. Once a tenant tells others of a pending move, he often has several immediate applicants, Haisler said.

“How to find property? Know somebody, and the best people to know are Realtors,” Haisler said. “They know what is coming on the market that is not available yet.” 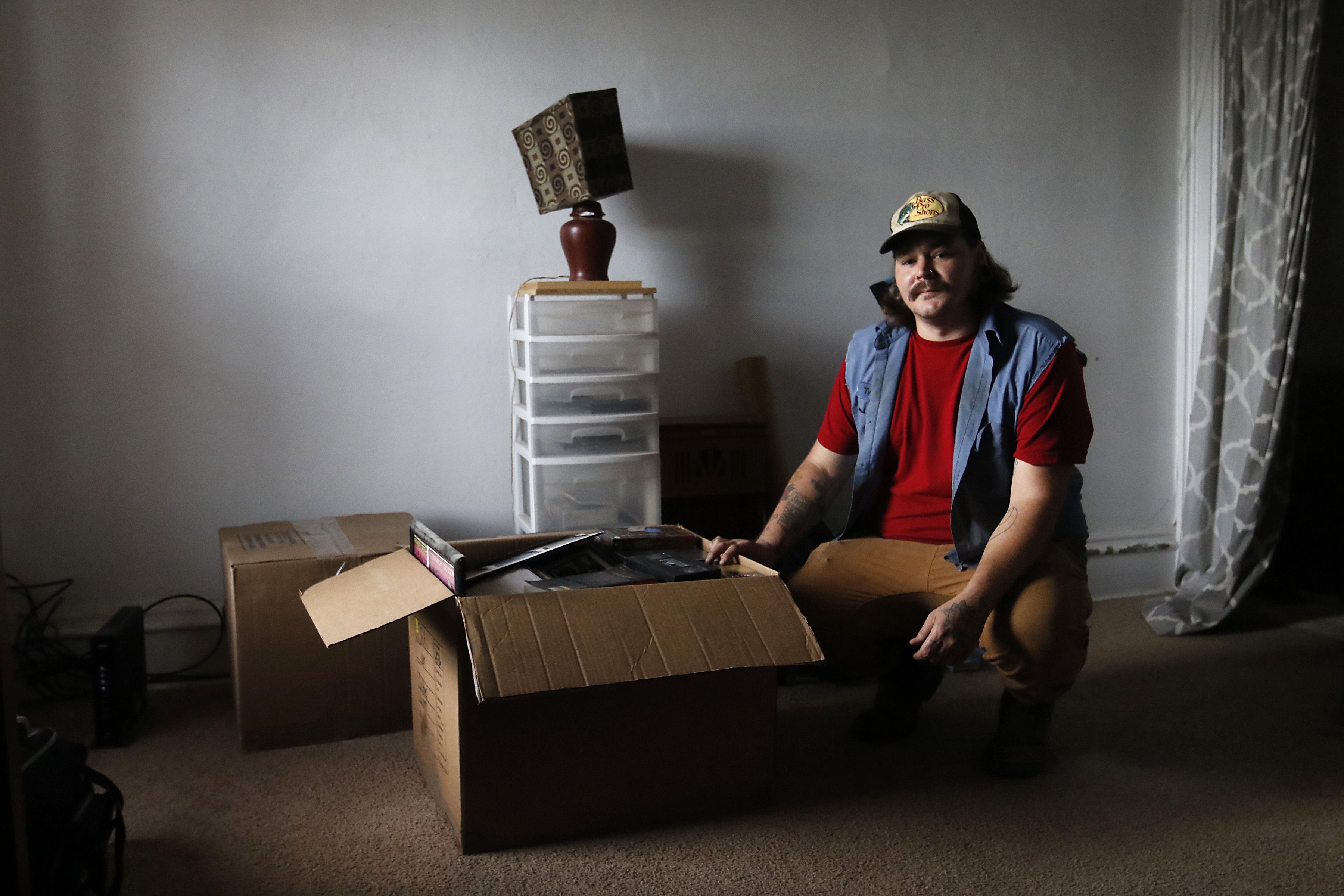 Ty Carter with some the boxes that he has pre-packed in his apartment in Lake Villa on Wednesday, Aug. 3, 2022. Carter is hunting for an affordable apartment to rent in McHenry County for his two children, and himself. (Gregory Shaver – gshaver@shawmedia.com/)

The current need for rentals could be a temporary generational trend, Polerecky said. Young adults are having children later and moving more often. They might not want a single family house tying them down, he said.

The recent uptick in interest rates with a scarcity of single family homes on the market might be scaring off potential buyers, he said.

“A lot of people, in my personal opinion, could be waiting for home prices to come down and that is what is driving the prices of apartments to go up,” Polerecky said.