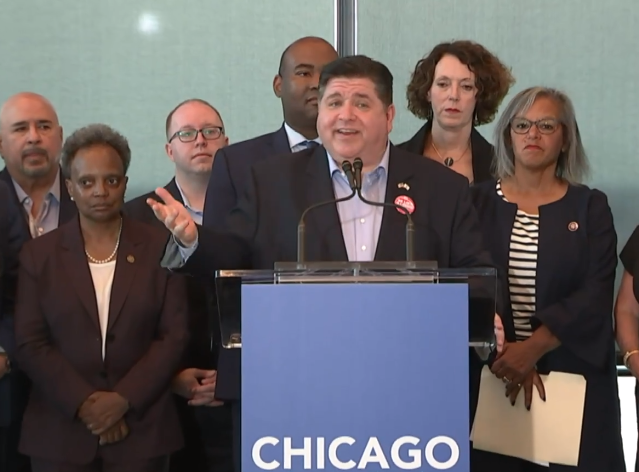 As both sides continue to express confidence in the outcome, Mayor Lori Lightfoot is standing by U.S. Rep. Robin Kelly in her battle with state Rep. Lisa Hernandez for chair of the Illinois Democratic Party.

“I think she’s done a tremendous job as chair,” Lightfoot said at an unrelated press conference. “There’s a myth out there that she hasn’t raised any money but she has raised $2.4 million in less than a year. But, fundamentally, what I will say is what Democrats should be focused on is unity.”

The vote of the party’s Central Committee comes Saturday in Springfield.

That has to be a thankless task in one of the bluest counties in the country. Still, Cook remains the home of hundreds of thousands of Republicans, and Morrison is trying.

Just this week, he noted in an email to supporters that the county and city Republican parties coordinated to fill over 30 November ballot vacancies in races for county offices and the Illinois General Assembly. Wrote Morrison, “The party recruited and collected over 8,000 signatures in just a 16-day period.”